Meaning: jinni = daemôn = daimon = daemon = genie = génio = djinni = génie The term “daemon” is translated from latin as personal genie, used by Socrates, which despite his fellows sofists didn’t started a school, as well as didn’t charge Money for his teachings. He used to say he only was only speaking in the name of his daemon personal genie. 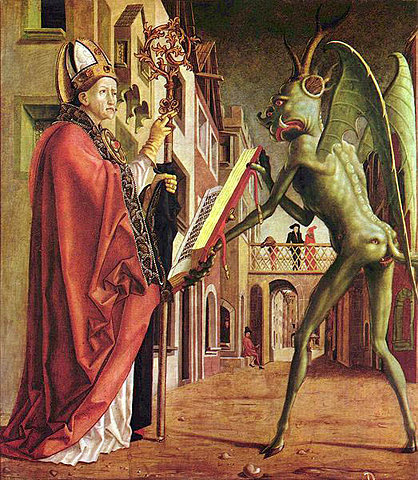 The term "daemon" is translated from latin as personal genie, used by Socrates, which despite his fellows sofists didn't started a school, as well as didn't charge Money for his teachings. He used to say he only was only speaking in the name of his daemon personal genie. 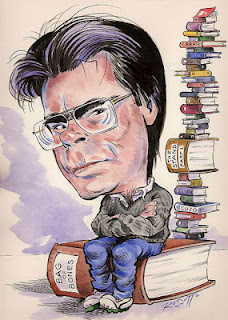 "There is a muse, but he's not going to come fluttering down into your writing room and scatter creative fairy-dust all over your typewriter or computer. He lives in the ground. He's a basement kind of guy. You have to descend to his level, and once you get down there you have to furnish an apartment for him to live in. You have to do all the grunt labor, in other words, while the muse sits and smokes cigars and admires his bowling trophies and pretends to ignore you. Do you think it's fair? I think it's fair. He may not be much to look at, that muse-guy, and he may not be much of a conversationalist, but he's got inspiration. It's right that you should do all the work and burn all the mid-night oil, because the guy with the cigar and the little wings has got a bag of magic. There's stuff in there that can change your life. Believe me, I know." - Stephen King

I'll use my favorite name for this special partner - daemon. Not to spiritualize things, let's say that the daemon is your subconscious mind, your creativity, it's where your ideas come from, it's what join your cultural repertoire and solves a problem with a new way out. What we'll view, or better, review is what you have forgotten from your childhood. "WHAT? I didn't have demons in my childhood. Right, you didn't have demons, or daemons, this is just a way of splitting your subconscious mind to better understand it, especially after an anthropomorphism charge.
You as a kid, or better, kids in general tend to play with plastic little soldiers that wage war and die, as well as racing cars that speak and try hard, tea tables with talking rabbits and bears...infinite imaginary friends which care, play, worry and interact. And this forgotten childish factor can be really useful when creating, as it will make boundaries lessen, allowing more freedom, audacity. Just don't try to discuss bank bills, it won't work. 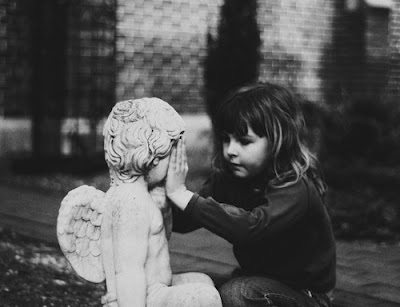 So we reach the keypoint, how to improve and better use this forgotten power? 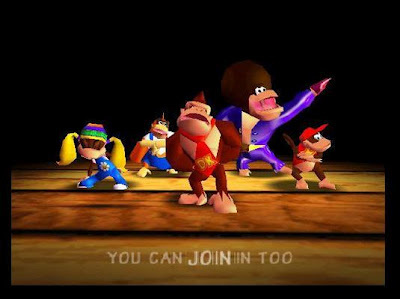 The base of learning is listening, so you'll do this again, but this time it can be more complex, you should listen to yourself. "I know when I'm hungry, I listen to myself". Right, let's try to deepen what you listen from yourself, try to see your subconscious mind (daemon) as another person. If you're used to ignore him, he won't speak to you and if you're used to listen, compliment good ideas, cut off bad ideas, thank the support, so he'll show up more and give better solutions, yes, I know this might look weird, but believe me, it really works.In order to everything becomes more real, let's take an example. If by any chance you think about a first person shooter, for example, 007 Goldeneye, and suddenly imagine all characters were different kinds of monkeys, you could define many variants of abilities, and instead of money, they would go after fruits, which can be used both as food or projectiles. Initially one could say it's a stupid idea, but thinking over, it could be interesting and different. Even if the idea is rejected, your subconscious mind will "be happy" that you stopped for some minutes to think to yourself in the attempt of reaching new possibilities. 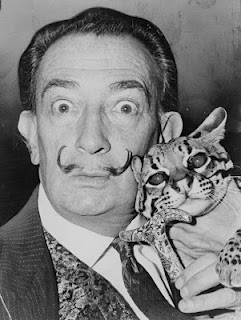 After concentrating and paying attention, the second step seems really easy, and yes, it is really easy (personally I suggest researching a little bit about Salvador Dali's sleep). It used to be a common sense that sleep was meant only for body rest, still taken as right by many people. But sleeping is good for important mental processes which involve: classification, filing, and organization of thoughts. Keep in mind thinking about dreams, too. They mix different wishes, fears, happenings, thoughts, and unknown factors around our lives, creating an alternative reality that only through the brain has the ability to fell, see, smell and listen. You can use this as a dive to the subconscious mind in search of answers and ideas, or just for fun. (Advice: write some of your dreams when you wake up, before doing anything else, even before adjusting your messed hair.

3rd Step - Write
Yes, in compensation that the last step wasn't much hard work, this one has partially something to do with the last one if you follow the advice given, and really takes some work. In a brainstorm session there are lots of notes taken about interesting and crazy ideas, and wouldn't it be interesting if outside brainstorm you took notes, too? Yes it would, as human memory is terrible. As time goes you'll make a library of interesting ideas, will listen to your subconscious mind more often while you do the most important thing about writing: cleaning your mind. Taking that idea out, which is stuck in brain's corners, will express it, describing it and freeing space for other ideas to show up. 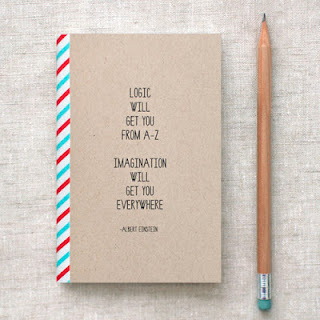 I takes a lot of effort to be always writing and it takes too much time? Buy a recorder, take note of key points on your cellphone, scribble a doodle on the back of your notebook, draw what you are imagining...But be strict and tidy so you can have an interesting diversity. Sort ideas with titles or by type and better structure them, draw on top, listen to what you recorded and write by sorting into topics.
4o Step - Gluttony 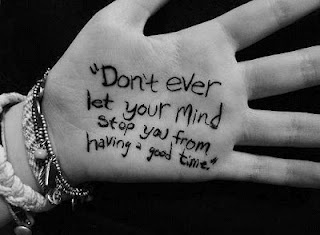 This step is very important, and not only for your creativity, it's useful for your life. It's more like a "be careful" direction. Let's be honest, our mind has appetites, some of them highly primitive, as our body has, and I shall avoid giving examples. It happens that if you feed some of these appetites, you could create a monster inside yourself who will swallow you, so beware of what are you opting to work mentally. A quick and non-polemic example I can give is "Your girlfriend breaks up with you on cheat". This will hurt a lot, you'll think in many things and probably won't be able to concentrate in the adventure game you're working on without being affected by this. Your mind will be obsessed with a single thought. You who let your subconscious mind grow wings should control it more than people who didn't do it need. It's possible that this tendency ranges between many creative type to self-destruction. So it's important that you have food, security, health, and personal relationships, so you can work closer to a stable state, taking care of yourself.

To wrap up, have patience, be calm...your head does not work as an orange juice production. You know those situations when he answer is in the tip of your tongue and you keep yourself lost in reflection, looking to the far horizon in search for the answer, but she doesn't come, even you knowing it. Look at your subconscious mind working in another time and reality, it will probably answer you hours later, with that answer which was known by heart without any effort. Do not expect for immediate answers from it. Make well formulated questions, wait and leave him with it, maybe he comes with a quick answer, maybe it will take weeks or never come. Believe it, it's not omniscient, but it knows really well how to toy with a great cultural repertoire. So, do the mentioned steps until you get tired of them.

Conclusion
I agree that this post is big enough for me to summarize everything above un a long repetitive conclusion or in a catch phrase from someone else. The idea is that you get the mentioned points and practice them, read them many times and cherish your daemon with dedication. 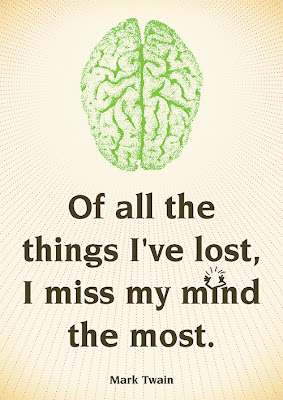 Ah, so this article is about creativity? Meh, i lost that awhile ago. Logic is practically the only thing you will need to live. Being able to analyze a problem while staying realistic about it is a important skill. Creativity has no use to me. I let it rot and die.

indie/mod db is a site about game/mod development, a creative endeavour.

So if you solve a problem by changing your perspective,
then that problem is unsolvable for you?

I think creativity is as important as logic, because
it would allow you to come up with different ways to fix a problem.(Whether they work or not is a different story altogether)

This seems more about writing then creativity in general.

I just knew this was a teenager reading the post. Lol.

Wrote a ton about Mr. Dali on my blog a while back perhaps I found the one person that may actually read it?
Househeadstudios.wordpress.com

There are times to focus on logic and there are times you can focus on creativity. This is a very interesting article. I don't agree a 100% but it makes me think about it a lot. And i'm thinking making people use their brains is always a good thing. So thanks for that!

waz up! i thought a group about daemons?! not sleep.creativity comes from ideas.those you get from watching or reading things. like the group -orc clan and orcs fan group -there you get creative thoughts about daemons and fun.daemon is hell in latin but lord orcus is the god of death in latin and he created the orcs with his magical wand.

What an inspiring article! My Muse/Daemon is an eyeless elf. They paint their eyelids to look like eyes and open them when I need to look into the abyss.