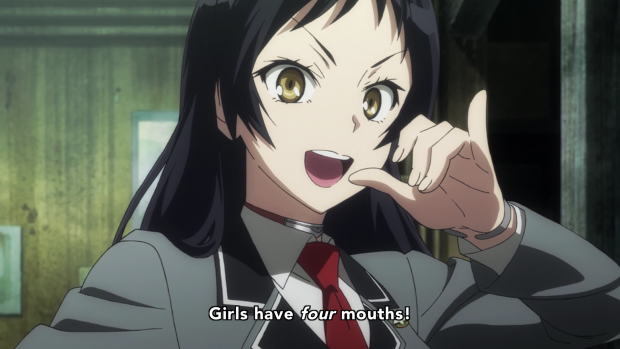 the japan in this anime is really an authoritarian moral guardian's wet dream. somehow this anime reminds us how if censorship have gone too far. even religious countries still have better laws about this issue.

and what would you do if such setting were applied to the place where you live?

I wonder about married couples in this anime tho. Is there a set rules to them? Given how overly protective their government are..

and what would you do if such setting were applied to the place where you live?


Continue [mostly] as usual, I'm already a pretty boring person in real life (don't drink, don't smoke, don't party, rarely play games, goes to sleeps in a reasonable hour, etc.), so it's not that much of an additional burden. Besides I can always fall back on the religious/social indoctrinatio/peer pressure I receive back when I was in high school (I still haven't completely shook myself out of that, so it's probably not too hard to backslide)

Sorry if that took a dark turn just now, Now I'll go back to type my share of witty comments over at the humor group. :)

I need my daily dose of humor and Gintama is not enough :P

thank you for this post, this anime has my attention now.

I nominate this as the most insane anime of the season. xD

Like the title said, basically in this anime Japanese Government moral guardians enforced a new law that forbid any kind of obscene acts, from pornography to simple lewd jokes, that such act is considered a crime equal to terrorism. In addition, with technology advancement, everyone were monitored via personal device installed on each person, making it impossible to do such forbidden acts.

Now it's been a while since the law enforced, even high-schoolers didn't aware of the concept of sex. However this perverted girl were able to slip out from the ban and doing her own revolution to remove the law. Under the name of "Blue Snow" she spreads suggestive pictures and shouting perverted jokes causing malice around the town.