Launched in May 2018, mod.io is a powerful mod API for game developers to tap into the creativity of their playerbase. Take control of your mod community on all platforms and stores, to ignite a world of possibilities. Interested in mods and finding out more? Get started now or reach out to chat about our solutions for indies and big studios.
RSS Indie of the Year 2018 kickoff

December has begun around the world which means voting booths are live on all indie game profiles, and it's time for the players to nominate the 2018 Indie of the Year. 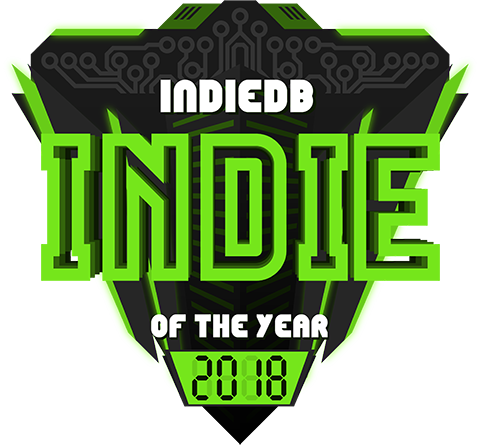 It’s time once again – the 2018 Indie of the Year awards have commenced! These player-voted awards are the original and best way for gamers to make it known how much they appreciate the creative works of independent developers. It’s becoming harder and harder to find those breakout, must-play indie games now that platforms are becoming ever more open, so do your part and vote for your top indie picks, then get all your friends to vote too! By the end of the month, your votes will have determined the 2018 Indie of the Year!

Over the next 10 days, a voting booth will appear on every indie game’s profile page. Simply visit the profile for the game you wish to vote for, and hit the “vote now” button to submit your preference.

Come Christmas, the final awards will be rolled out over a series of days. The announcements will be presented as follows:

Promote Your Game To Help Get Votes!

Developers, you should make as much noise about your game as possible to get it in front of potential voters! Luckily, we’ve created some tools to help you do just this.

Every member from the community who votes has a chance to win a game from our #modlove collection. The more you participate, promote the awards and encourage your friends to vote the better your chance. In addition to this the winning mod teams will be heavily promoted across our network, get the prestigious honor of being able to include the award badge where-ever they damn well please, and be introduced to publishers interested in taking their idea to the next level.

The 2018 awards are proudly supported by our sister-site mod.io. We are building the future of modding, by creating a powerful mod API for game developers to tap into the creativity of their playerbase. Take control of your mod community on all platforms and stores, to ignite a world of possibilities. Interested in mods and finding out more? We'd like to show you what we've built, help you get started, and discuss the marketing and investment support we can provide our early adopters. Reach out to chat.

2018 Indie of the Year Awards Event with 24 members