Are you currently developing a UDK game? Then we've got a special competition for you which we are running with Epic Games during the 2010 Indie of the Year.

UPDATE: Private demos will be considered, you do not need a public release to be eligible but the winner will need to release something public prior to their visit to Epic Studios.


With the 1st Annual Indie of the Year competition well underway with 35,000 votes logged and the 9th Annual Mod of the Year on record pace with 90,000 votes logged - we interrupt the current proceedings with the most awesome news. If you are currently making a game with UDK this competition applies to you, if not we suggest you hang your head in shame and check it out. The free edition of Unreal Engine 3 is undeniably one of the coolest game engines (check out those screens below from only a handful of the hundred's of UDK games in development) out there which puts all the tools you need to create amazing games, lifelike scenes and fantastic worlds in your hands. 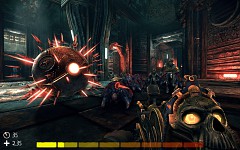 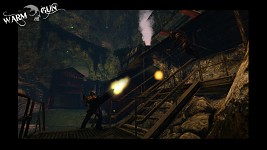 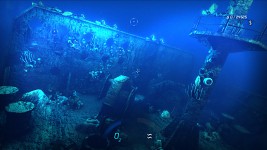 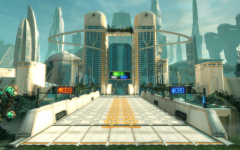 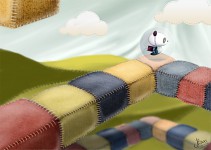 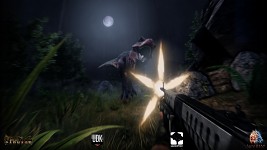 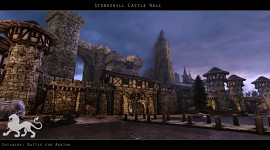 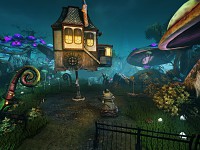 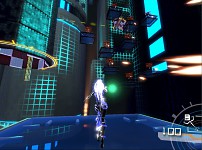 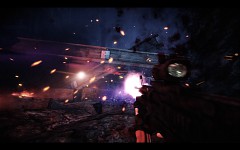 Thanks to Epic Games, in 2010 the Top 20 UDK Games (which have a playable demo released by December 7th 2010) as decided by players votes will then be narrowed down into the top 10 by judges from Epic and IndieDB. Then in late December (or possibly even early January depending on how distracted we get blasting away judging the games) we shall announce the top 10. The ultimate winner will receive a flight to the Epic offices in Cary, NC for up to 5 of their developers. They will then meet Epic's developers, tour the brand new studio facilities and give a demo of their UDK game on the 16'x9' display in the area known as The Arena.

... pretty darn awesome prize if you ask us (I can squeeze into your suitcase for the trip)! So if you are making a UDK game we suggest you get a demo out before December 7th and get people voting for your game to give it the best chance of winning. Best of luck developers!

That is an extremely cool reward for winning. Good luck to everyone.

Damm that is a nice prize, congrats to who ever wins, maybe next year ill be in with a team on a UDK project. Hopefully.

Also me as well too along with you.

Did they write news about it on their website? Since some indie UDK developers not registered on IndieDB can miss this opportunity. ;-)

I'm sure they will - this is a brilliant opportunity for UDK developers to show their skillz to one of the forward thinking and game dev studios.

Ah, too bad Renegade X won't have a release by December 7th. Really close one.

A demo will suffice, just needs to be playable.

A bit of a short notice... I hope they do this again in the future.

Awesome! Good luck to those that will make it to the deadline!

Still not a fan of Epic's games, but they seem to be a pretty cool company. Best of luck to everyone involved.

Go go developers, all of you can win, and also, let us play your demos soon ^-^

Good luck for you all!

So do developers have to release the game to the public, or just give a demo to the epic judges?

I *believe* it must be public, but if you want to hand over something privately please do so and if your game is a serious contender we shall let you know (i.e. to win we might ask that you make the private build public).

amazing award, good luck to all!

lovely incentive, although www.tactical-assault.com is being made on the UDK, we really will not have a playable demo released in time for such chance at a wonderful prize.. and importantly the "recognition".

Hmz, we of Project Stealth are still merging the various subsystems of our previous UT3 builds into the new UDK-powered framework. Getting a demo out before December 7th is kinda hard, if not impossible, if you weren't planning on releasing before 2011. *kicks the programmers into overdrive* Muhaha.

*drooool* Good luck everyone in the game!

If this becomes an annual event, I am pledging an Invasion of the Epic Games Office by Team Chivalry following the 2011 Indie Awards.

This is just another example of how awesome working on the UDK is with the support of a down to earth and community focused industry giant like Epic Games.

If only every studio was like this, only other I can think of is Valve, who buy modders up and sell their games, or like Alien storm, buy them up...and give their game away free.

A playable demo in 7 days you say? NP. Now where'd I leave that divide by zero energy drink ....

Yeah just a shame it is so short notice that anyone without something out there has so little time to get anything ready! However I guess this is really for fully released indie games of 2010.

May the best Indie win!

Edit: So does voting start on the 7th and is it the same deal as before?

No voting, the top 20 players choice mods on the 7th will be included (provided they have a demo)

This gives me an excuse to say:

Depth needs to release a demo!!!

Hrmm, I wonder if we should unleash some Primal Carnage upon this..

For the record, does the demo have to be live before 7th, or is releasing it on the 7th also allowed?

And how does voting work, how do we inform our community on how to vote?

there is no more voting. The top 20 UDK games (with a private or public release) as decided by voting in the IOTY awards will be automatically entered. So if your game is in the top 100 that includes yours, if not you will need to ask us to see if your game has made it.

Wow, so Project Stealth is already in the list of "nominated" games, we just need to have something released and get on the top 20 list (by votes earned in the Indie of the Year Contest).

How does releasing something in private work, because we obviously can't finish up a game in 4 days, but we can supply a (tech) demo with playable content, but we do not wish to make it public as it doesn't fit into our release scheme.

just contact staff support@indiedb.com and organize a way (FTP or something) for us to privately download your build. We will not share it with anyone other than Epic Games.

Thanks for your time and effort to reply! You will be hearing from us!

dam i hope they do this again its a shame our project doesnt stand a chance atm :(

damn i wish i started making games, :(
damn lucky those who get to go to epic, big chance for you guys.

Cool! I am working on a UDK game right now but it's far too early for this. I actually visited Epic Games HQ about a month ago, "The Arena" is a kickass room with a massive TV and a 25 foot tall statue of the Malcolm player model from UT. I had a lot of fun touring the studio when I was there, it's a great prize. I didn't really meet any developers when I was there, which is the truly juicy reward for this competition.

Unfortunately, no chance of getting a working demo out by that point in time - we've got too much to implement and get working. Maybe next time, if Epic does it again.

Damn good to see them involved in the community mind. :)

I still wonder whats the different between moddb and IndieDb, I registered at moddb and I'm able to log in at IndieDb too? Why that? :)

Good luck to everyone.

I say this is pure epicness.

Now I really need to start working hard. Thanks again, you guys are amazing!