Zombies vs Aliens vs Vampires

Zombies vs Aliens vs Vampires is a risk styled comedic strategy game with an advanced map maker. The game will have tons of features, allowing large amounts of customization of maps and will include an indepth story for each of the 12 races (1 race done, over 100 pages of dialogue!) The game includes a story mode, skirmish mode, and last man standing survival mode (in the rework). Video and information will be posted as it becomes available.

Finally finished up issues with my web host! Yay, go me.

Readying up for a release, bugs seem fully squashed, working on a new campaign, all exciting stuff. But you guys are interested in pictures, aren't you? Here's the older of the two features added - when you start a stage or press A, a logo flies out to the centre of all countries owned by a player - this makes is easier to see who starts where (and will be done to fly out to each individual city owned later) 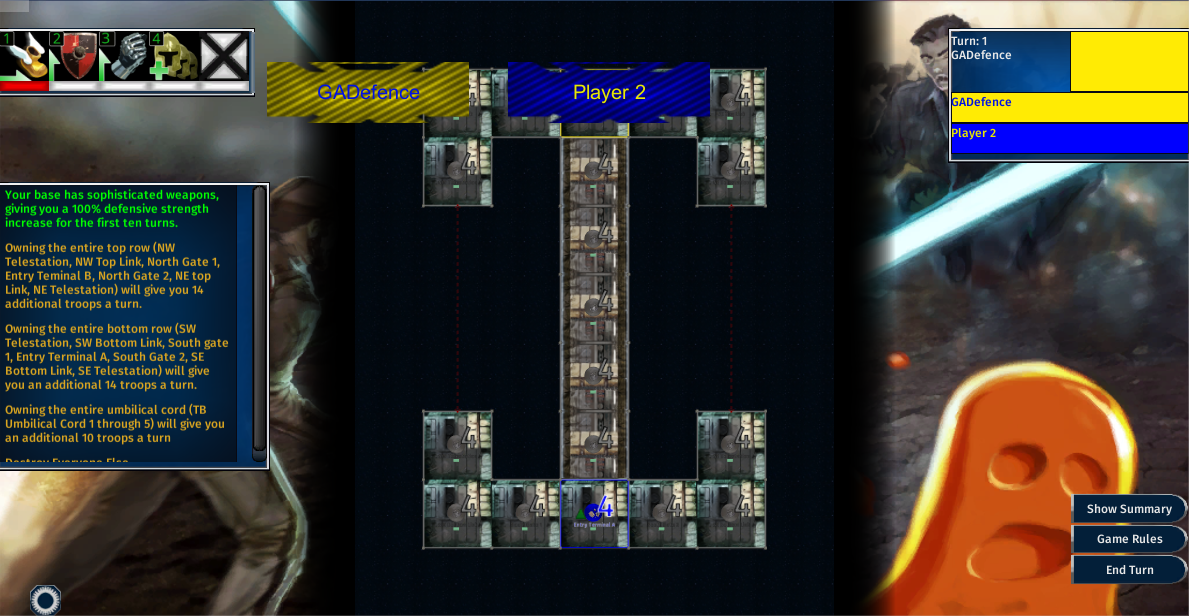 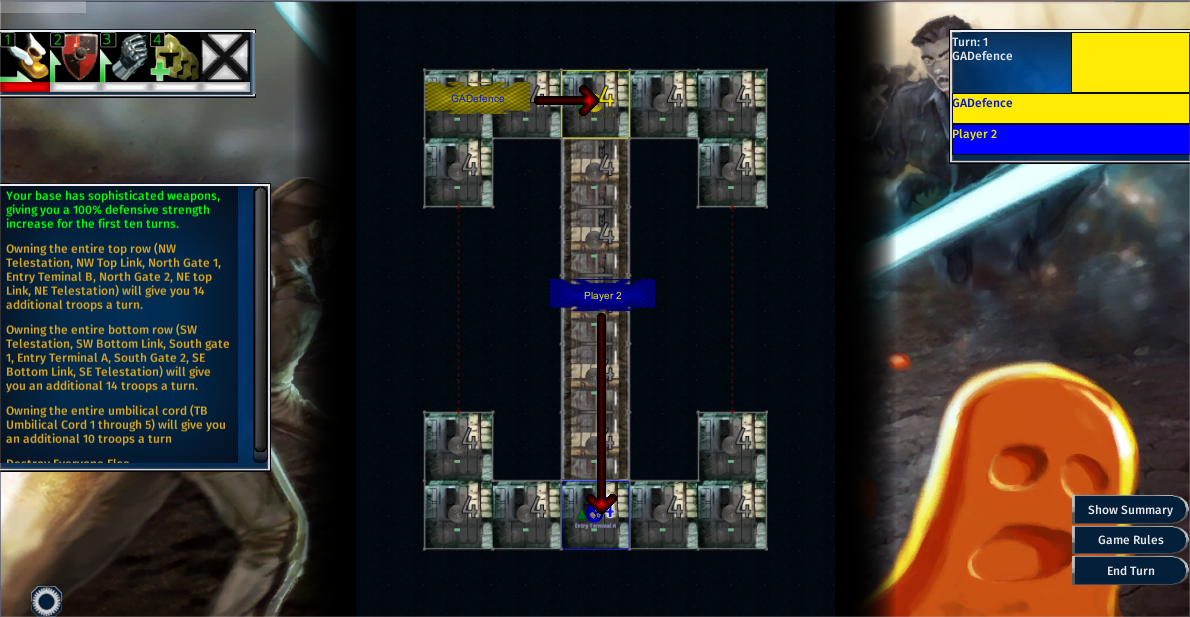 The red arrow is there to add movement emphasis - it won't show up in game.

As well, I felt the old outro ending was fairly cumbersome, looking at it in more detail. It got replaced with a semi transparent version of the intro! 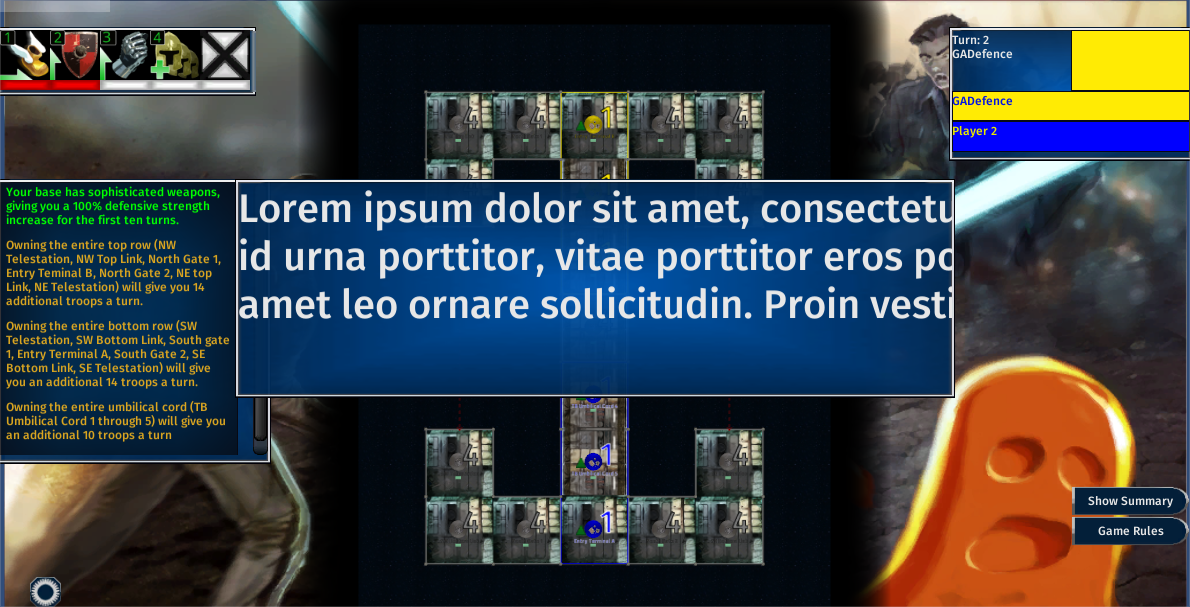 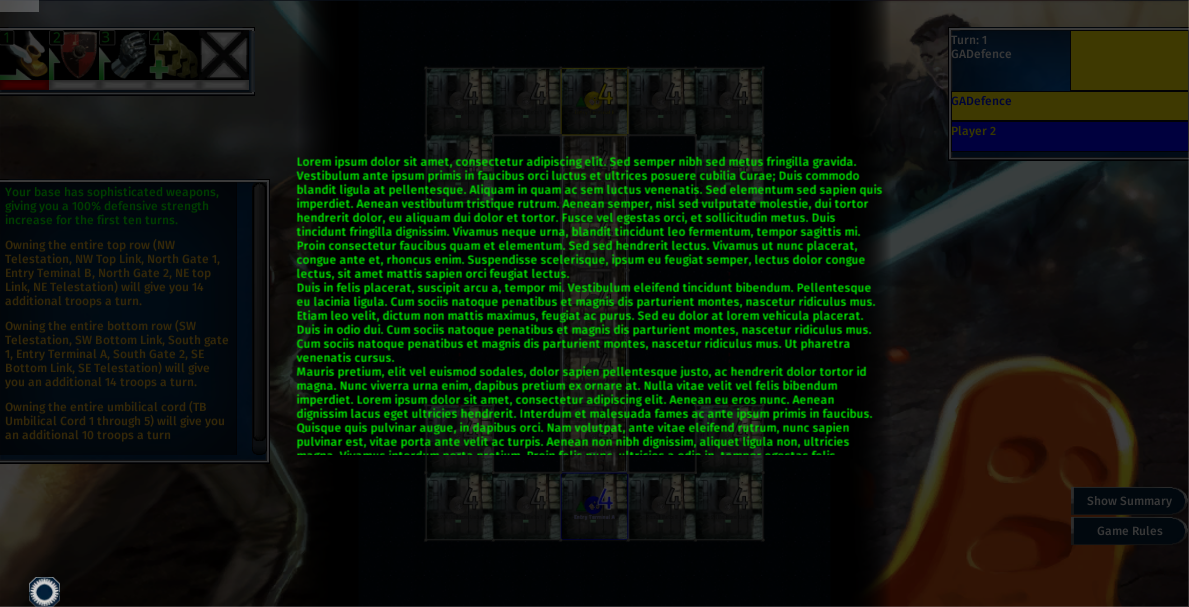 You have the full freedom to read a lot more outro text. That's the updates for now, stay tuned for more risk based information!

Update To Cities And Board Background

Added a new border to all events making it easy to follow the layout. The new gui will also get a layout upgrade when new events are added. It should...

Indie
Tags
Embed Buttons
Link to Zombies vs Aliens vs Vampires by selecting a button and using the embed code provided more...

Journey of Greed Turn Based Strategy

Chickens vs Farmers Turn Based Strategy

The Dope Game Turn Based Strategy