Zero Reflex is a psychedelic evader which tests both your dexterity and your nerves in a fast-paced punishing environment that keeps pushing your limits. Circles, bullets, shurikens, rockets, saws and time - they're all after you! Zero Reflex puts 80 challenges in front of you. You have no save points and no excuses! Be faster than a blink of the Eye!

Zero Reflex has 20 levels which differ in both design and mechanics. Each of the 20 levels changes its speed and amount of danger for the player depending weather played in Normal, Hard, Nightmare or Hell Mode. Try to survive for as long as possible by moving the pilot to avoid everything flying around you. Each level lasts for 30 seconds.

Zero Reflex is a little game project with minimalistic and clear design but with very addictive and frustrating gameplay. Do you have what it takes? Fun Fact: the initial code name of the project was The Reflexx 2. Due to similarities with many other published games, the team decided to go with the name "Eye Will Survive!" which is a pun title inspired by the song "I will survive" by Gloria Gaynor, which after the soft launch was again renamed into Zero Reflex.

Many may question why we decided to change the name and visuals for our indie game to Zero Reflex when it was already in a soft launch on the App Store as ZeroReflex! Well, let’s start from the very beginning.

The first version of the game was called The Reflexx 2. The name came about as a joke, since there was no The Reflexx 1. The original prototype was initially developed by Marinko Murgić, a student from Machina – a game design center in Zagreb, Croatia. Marinko had no prior knowledge of programming before the actual course so this was his first attempt of making a game, and what an attempt it was. 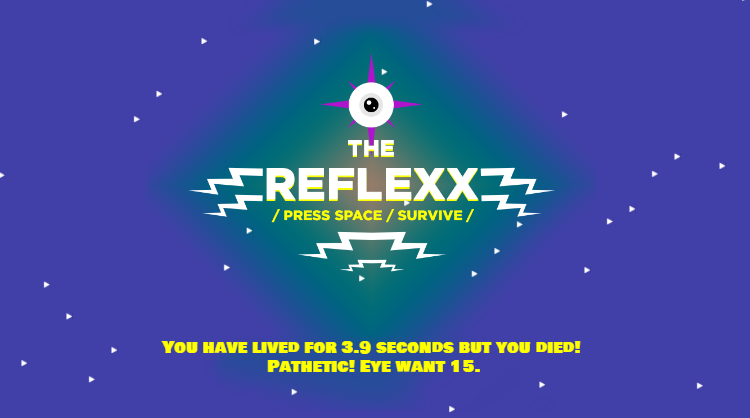 In 2013, along with another couple of student games The Reflexx 2 was presented at Reboot InfoGamer, the biggest South East European games show. Students had the chance to showcase their games and get valuable feedback from real players. The Reflexx was the best-received student game of the show. Players were so keen on proving their skills that a spontaneous competition was organized to compete against each other in how long they could survive in the game. You can try the original prototype here.

The Reboot InfoGamer showcase definitely proved that there was something appealing to the game and that it had the potential to engage with a lot of players. Marinko didn’t want to do this by himself so Exordium Games took the game under its wing to test the potential of the game. 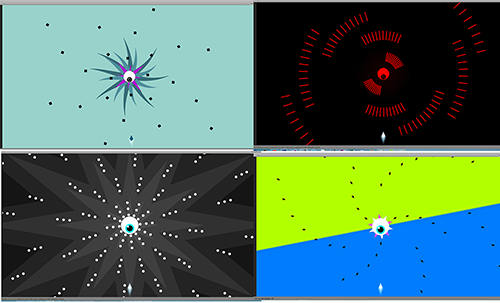 We felt that the initial name was a good fit for the theme and feel of the game because it really did come down to the players reflexes. Unfortunately, when we tried to google it we saw that there were already many games on different platforms released under different wordplays of reflex like Reflexx, Rflx, Reflx and so on. This meant that if we kept the name it would be way harder to make it stand out and differentiate from other games. So we started with the team brainstorming different names. Here are just a few examples: 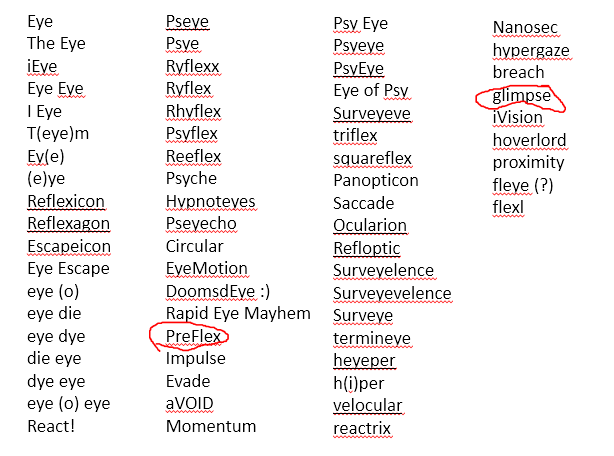 After a couple of rounds of democratic voting, the new name was Eye Will Survive! Since the player’s initial role is to survive the evil eye by avoiding numerous deadly targets (circles, bullets, rockets, saws…), the inspiration came from the song “I will survive” by Gloria Gaynor, pun intended. We did a new logo for the game and it went to soft launch on iOS as Eye Will Survive! – a psychedelic evader.

During and after the soft launch a theory stayed somewhere in the back of our heads that maybe Eye Will Survive! is not the best name for our target audience. We thought that it was really fun and a very good fit with the theme of the game. The game itself is very hard and punishing and targeted at the achiever type of players so maybe a fun pun was not the best approach to have.

We didn’t want to make changes again based on a hunch (feature creep lurking). So we wanted a poll in a group of game players and designers on Facebook that would show us what people outside of the team thought. We went back to our brainstorm notes for a name for the game and after a couple of rounds of voting, we had a new name suggestion – Zero Reflex.

We put up the poll asking the people in the Facebook group to vote for either Eye Will Survive! or Zero Reflex. 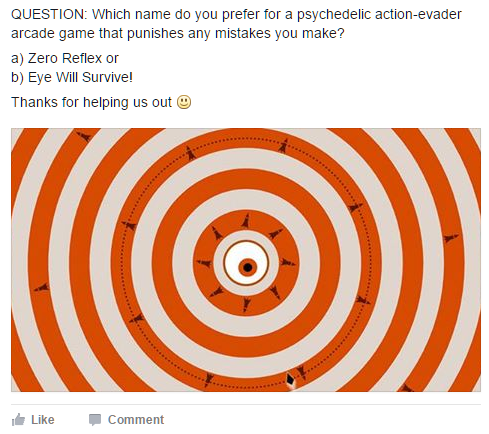 The initial votes were in favor of Zero Reflex which was a first serious indication that we might really need to change the name. We were still a bit skeptical since the Facebook group we posted the poll in wasn’t exclusive to our targeted audience, so we did the second poll. This time we sent it out only to the ones we found a good fit – males between the age of 16-36 who like to play a competitive hard game. The second poll again confirmed that our initial concern wasn’t wrong. 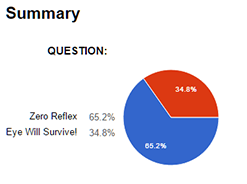 With both the initial and targeted poll having over 60% favor for Zero Reflex it was clear that we need to change the name.

Rather than just changing the name, we wanted to be consistent with our new found information on what our audience liked. Zero Reflex is much more direct in terms of the theme of the game, it leaves no space for fun or multiple interpretations. So we wanted to apply this philosophy to the visuals of the game as well, here are a couple of logo and icon variations. 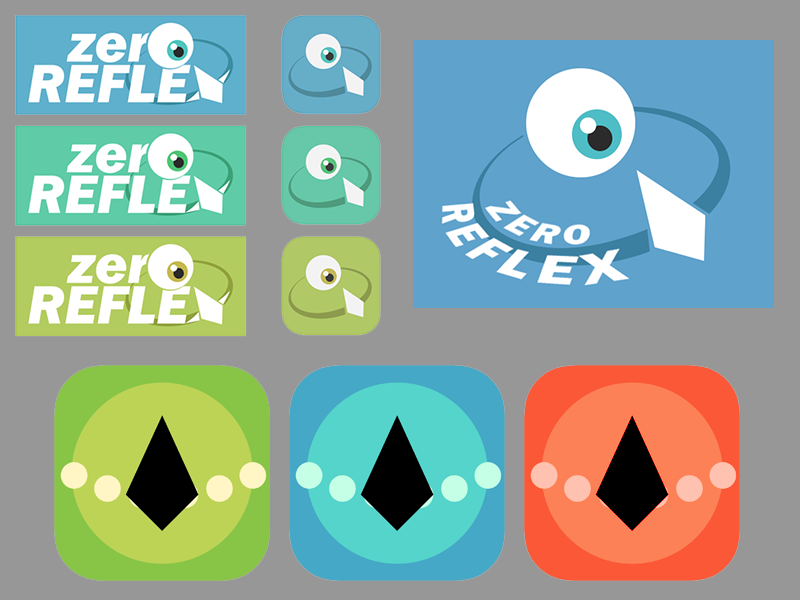 And there you have it, folks! That’s the evolution of our indie game Zero Reflex. If you have any feedback and comments on similar situations with your games we would love to hear them. In the meantime don’t forget to like the game on Facebook link and follow us on Twitter link.

Zero Reflex is released on Android, iOS and Windows, so you can download it on:
link
link
link

Stay tuned if a punishing psychedelic action arcade evader is your cup of tea!

In association with Neko Entertainment, we bring you Zero Reflex - Black Eye Edition! Get ready cause you're in for a whole new level of psychedelic tripping...

Eye Will Survive! has been Greenlit

Eye Will Survive! has been Greenlit. Available soon on Steam.

Beta versions of both iOS builds (LITE and Full) now available on the App Store.

Images, screenshots, and logo of Zero Reflex for press and other media.