In 3492 contact was established with an alien civilization in the neighboring Andromeda Galaxy. Unfortunately, it turned out that the aliens are living under the reign of the evil Prince Zandagort, whose main goal is to conquer the entire Universe. Soon after the contact their fleets set off towards our galaxy.

In this crisis the League of United Planets got together to find a solution to the problem. Although it seemed obvious that the planets should combine their fleets, they could not agree on who should manage the resulting galactic forces. It was soon clear that negotiations have failed, and war broke out.

In 4078 after a desperate war with the aliens and due to the treachery of a human faction called Church of Zandagort, IsenMother the last terraformed planet in the Milky Way was annihilated and the home galaxy of mankind was no more.

[The game consists of 4-5 month periods of PvP and 2-3 week periods of PvE. The background story continues according to the result of these PvE endgames.]

[Four more servers passed with varying success of the humans. But you see the point: unite humanity by whatever means (economy, war, diplomacy), to defend our home against Zandagort.]

What makes Zandagort unique? A realistic ecological model (Lotka-Volterra) with 54 species that limit the growth opportunities of the players. A realistic economical model (Input-Output) with 33 buildings, 17 resources and complex production chains. And last but not least spaceships are not just countdowns but moving objects on the map, making geostrategy, fog of war, diversion operations and other tactical maneuvers part of the game.

If you need more information try these links:

These changes fall into two main categories: the new career-system and everything else. Let's start with the former.

Until tech 5 you have to choose a so called "career". This is fixed for the rest of the server, and it can be one of the following:

But that's not all. Within each career there are so called specializations which provide more bonuses. In order to specialize, you have to meet certain requirements. For example you have to build a planet to 100%, or you have to shoot down at least 20k equivalents of ships, it all depends on your chosen specialization. If you satisfy the conditions, the possibility opens up, but you don't have to choose immediately. You can wait until another more likeable direction becomes available. Think twice however before you click, since your specialization will remain the same for the whole turn, once you choose it (except for zealot, which can be chosen by any warrior, giving up his/her previous specialization).

The whole career/specialization list is as follows (with the approximate bonuses in brackets):

Let's move on to the other changes. These are partly connected to the career-system and partly independent.

Research and development
There's only one kind of research lab, which produces one kind of RP, which has one market. You can spend your RPs to improve technologies. They are arranged in a "tech tree", that defines the RP and technology requirements of each technology. Your way on the tree is your unique decision. Would you like to map the entire galaxy with probes? Research the Kirchoff-shields. Would you like to race with fulgurs? Then research the Orosházy-hyper drive and the impulse lasers.

Regional markets
The galaxy is divided into (about) 10 regions each with its own regional market (which works exactly like the current one). A typical player (who is not a merchant) can use only one region (where most of his industry resides). So it's the same for him as now. However, a merchant can choose two from any of the regions where he owns a planet, and he can choose again every 5 days or so. Since there are different players with different industries in different regions, the prices between these regions will differ and merchants can use this to make profit.

Free market
The old free or speculator market (well-known and missed by old players) finally comes back. Bid sell and buy offers with free pricing: both traffic and prices are determinded directly by demand and supply. This will be reachable from the whole galaxy, but ordinary players will only be able to purchase from it, speculators will have the bonus to sell. And why is it worth to sell on this market? Because prices are higher than on regional markets. And why is that? Because of the buying limit on regional markets: players who hit that limit will be willing to buy from speculators even at a higher price.

Combat experience
Experience points (XP) can only be earned during pvp (player vs player) battles, and the fleet's coordinator gets it, not the fleet. The amount of XP depends on three factors: the rate of shot down/lost equivalent (probes don't count), the size of the battle (shot down equivalent/average daily shot down equivalent during the last week), and the XP of the adversaries (if you fight player who has less XP than you, you can only get a small amount of XP).

There's a public weekly battle top list (updates daily, but always shows the ranking based on the last 7 days of battles). If you reach a certain amount of total XP, and you're high enough on the list, you get a rank (cadet, veteran, elite, specialist). And what's the use of this? In the battle formula the strengthening factor no longer depends on the fleet's XP, but on the rank and career/specialization of the player who controls it (warriors get these bonuses).

Sharing of firepower
The weight of affinity will be increased in the sharing of firepower. So it will be easier to shoot down a specific type of ship from a fleet by attacking with the type designed against that type (also known as dropping).

Espionage and sabotage
The training of the agents becomes cheaper, since the chip consumption of intelligence HQ's will be zero. However it will only make the intelligence capacity cheaper, the real costs will appear as you perform actions. In case of both spying and sabotage your agents first have to get to the target planet. They can be moved similarly to fleets at a speed of 100 parsec/minute, except for the fact that they can't be catched during their journey.

If your agent is passive (such as a sleeper agent on an alien planet, or counter-intelligence agent on one of your planets), it won't cost you anything. However, if your agent is performing active actions (such as espionage, sabotage, active counter intelligence) it will cost you (in-game) money (SHY) to bribe politicians, guards, soldiers and enemy agents.

Server 8 starts on June 19 in this galaxy: 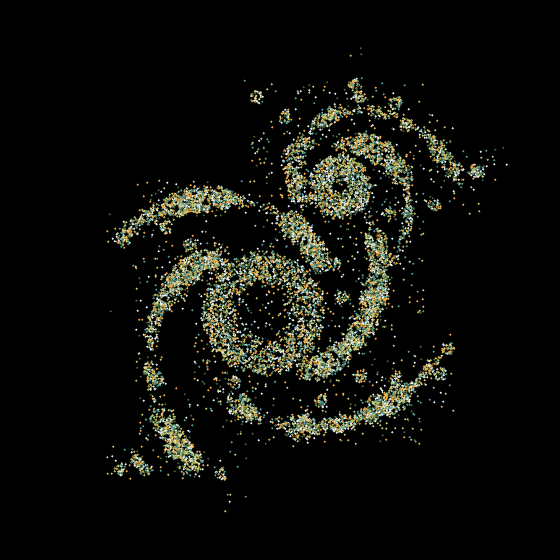 Zandagort challenges mankind to a duel

The duel will take place Saturday afternoon near the origo of the s4 galaxy.

A new server with a new story has been launched on November 11. It's a great opportunity to join the game.

why would prince zandagort think about conquering the entire universe when he hasn't even conquered outside of his own galaxy? does he understand the futility of the first goal?

Well, he *did* conquer the Milky Way. The terraformed planets of humans were destroyed, bacause they cannot use them, but other planets suitable for their chemistry are pretty much used since then.

The graphics of the game will be completely replaced with hand-drawn and painted images. This will be a long process (lasting about a year), but elements of the new graphics will be publish from time to time.