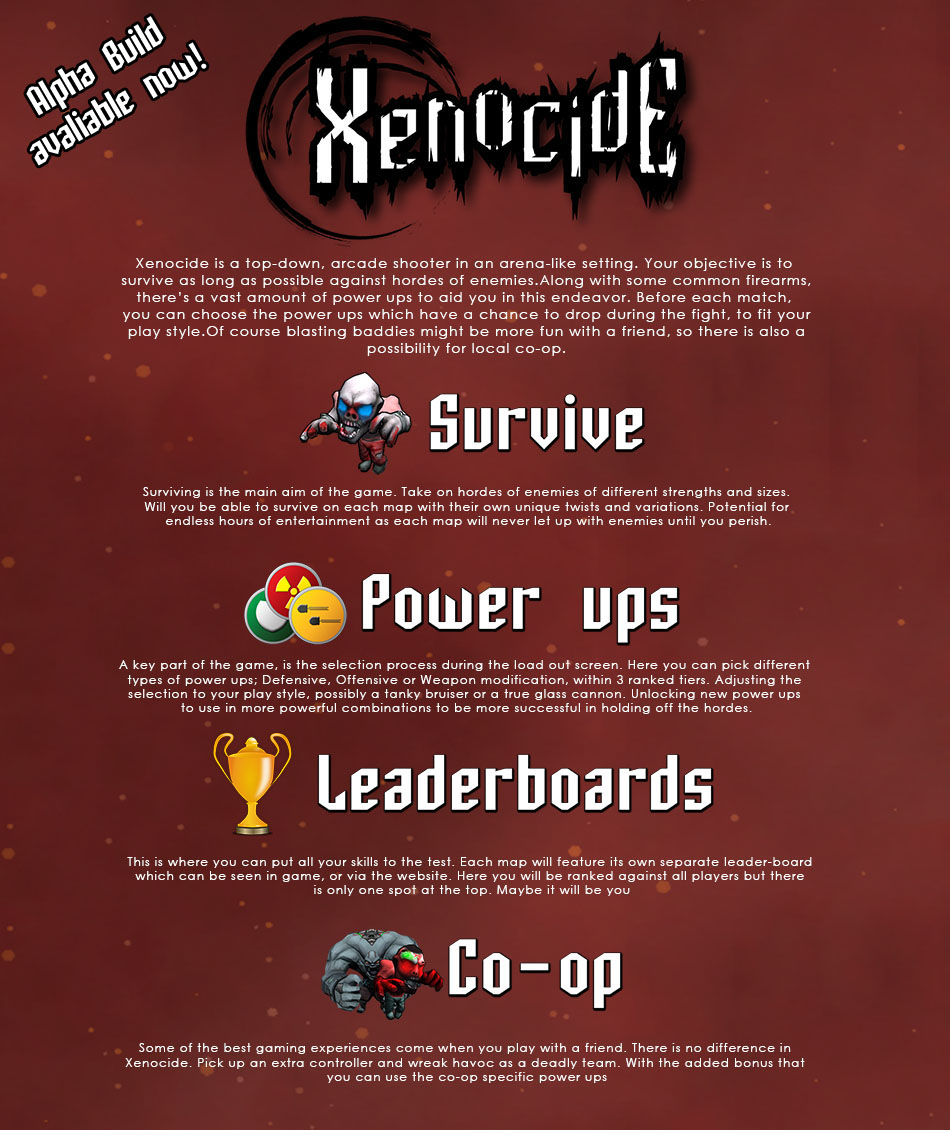 We got greenlit in May, and spent the whole summer fixing stuff in the dark basement, without sunlight. Yesterday we finally were able to release Xenocide in Steam before we ran out of time! 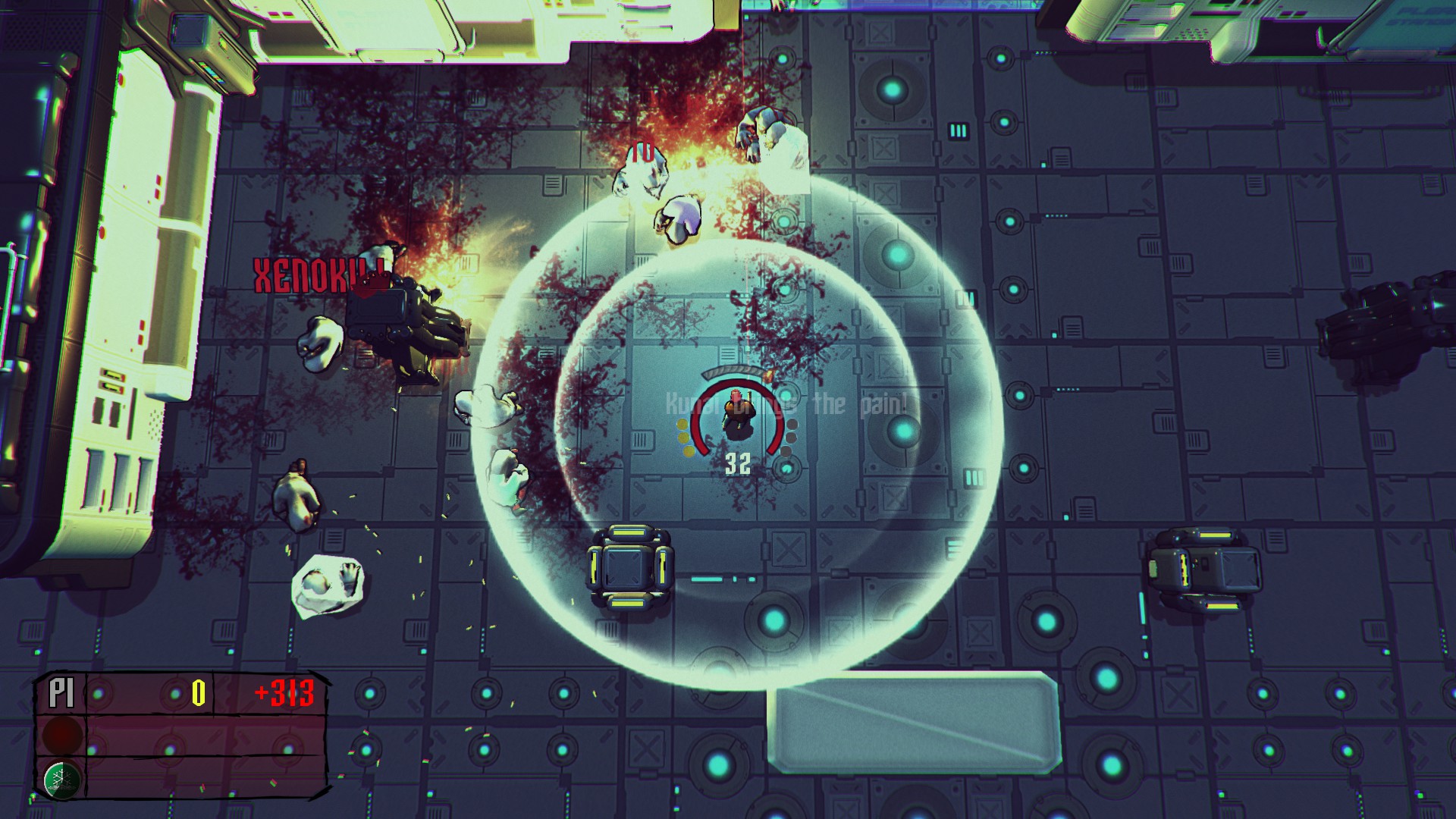 Due to having restricted time on the project we do apologise for any inconsistency or small bugs currently in the game but we will attempt to rectify these in the near future. We are still very confident and happy with Xenocide enough so to bring it to the market, we hope you agree.

It is exciting to be only a second game in Steam from Oulu, Finland and the first released PC game from the lab program. Since we're first time doing the stuff, it has been very helpful for us to see the whole process from the beginning to the end, so we can develop faster and better in the future.

Our steam store page is finally live and the release date is set!

After 40 days of Steam greenlight, we received the news that we were greenlit by the community. We didn’t really expect to get even close before midsummer...

Don't miss the action, ladies and gentlemen. Our alpha build is now available!

On the first weekend of april we went to Insomnia54 (which we write about later) so we decided to launch our Steam Greenlight campaign at the same time...

After the great success at Insomnia54, we have decided to let not anyone miss out on the action. Download the game and see if you can top the online leader-boards...