Wrath Against Time is a beat em' up inspired by the spirit of old school games and saturday morning cartoons from our childhoods. We wanted to make something that felt like it belonged in the Sega Genesis era, today. That led us to a game that was fully 2D, entirely drawn by hand, vibrant and colourful. An adventure that felt light-hearted without being chained to that mood always. In gameplay it meant lots of things, but in a word, variety. Repetition is the final boss of all beat em ups, so our answer was a time travel premise, allowing for drastic variety in level settings, enemy types, music styles, characters...you name it. Four fighters from across time fight together to reclaim their homes and save their people, using individual strikes, grabs, special attacks, and defensive abilities. Add to that, unlockable attacks and techniques, weapons, co-op moves, and special items that can be freely combined to pull off all manner of abilities.We hope to make a game we can all love!

Further, check out Wrath Against Time on our other pages:

Cruising in the Post-Apocalypse

So the latest thing I've been workin on for Wrath is vehicular sections. As has been done here and there in beat em ups, vehicle sections are one good way of breaking up the routine and mixing up the gameplay to try and keep things feeling fresh. 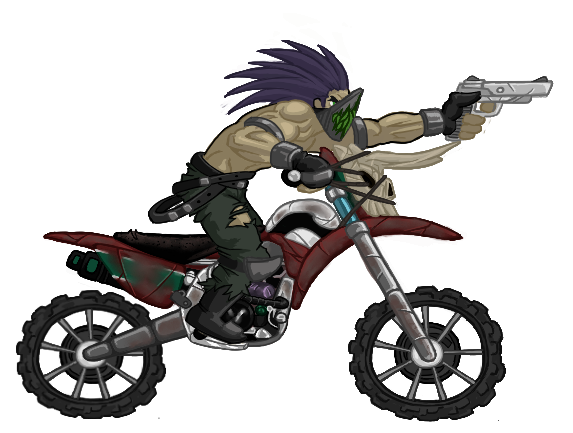 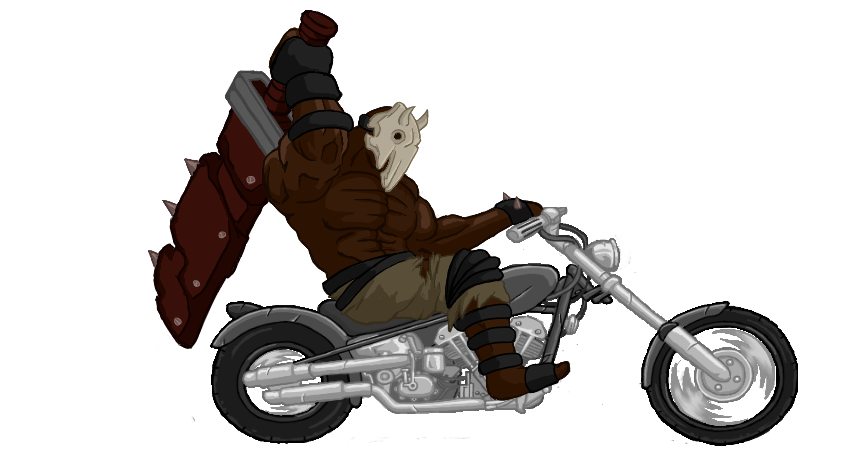 The most recently touched area has been the Post apocalypse, involving motorcycles, crazed gangs that formed after the world ended, obstacles, ramps and gunplay. 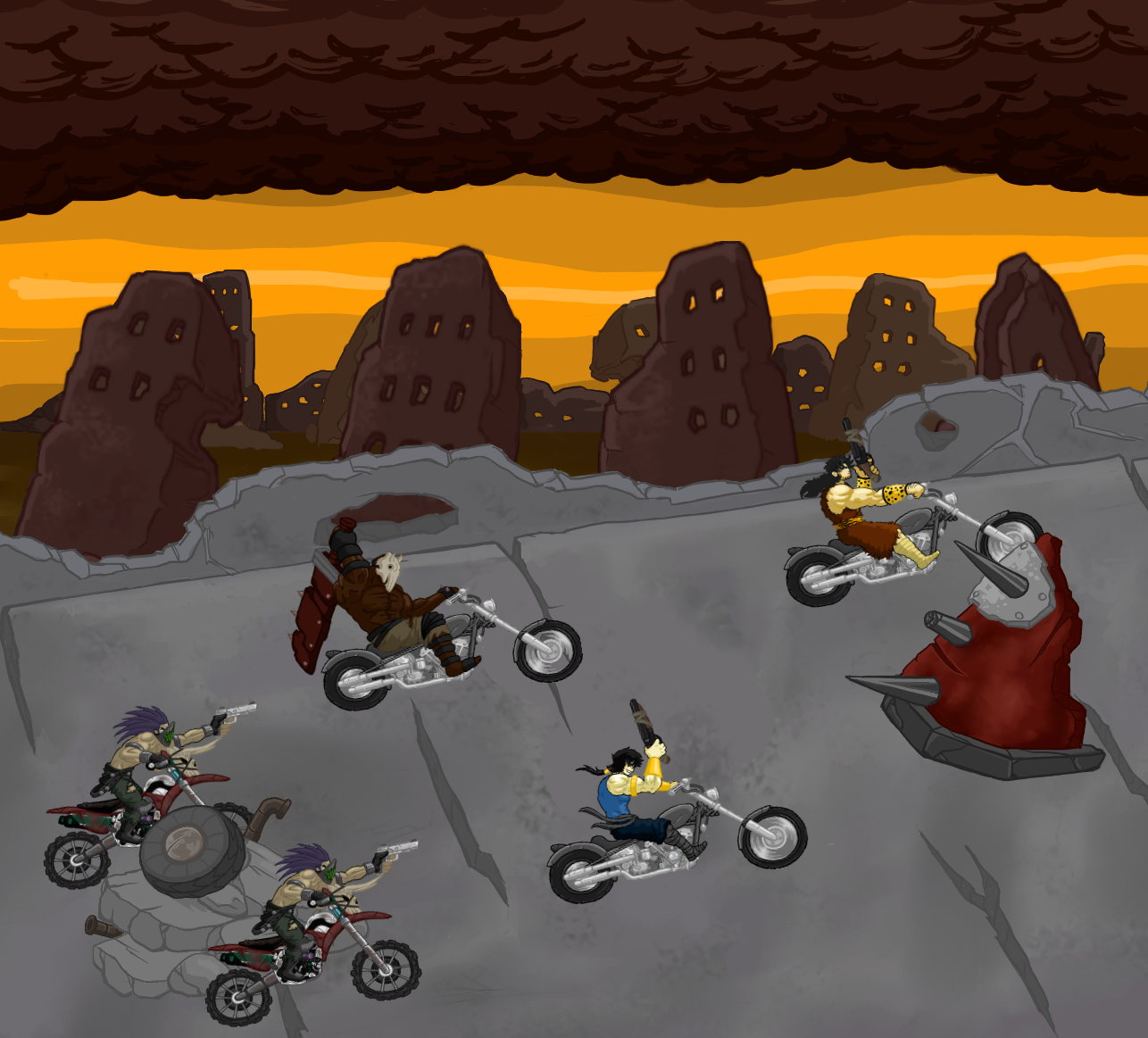 Shooting burnout in the face

The enemy frames for Era 1, Prehistoric, are nearly all cleaned up. With that out of the way, the Bosses and other elements can get full attention.

Just a quick update. We're preparing to feature videos for future updates, and that means polishing up frames, animation etc to help make the game more...

For this update we’ll take a peek at the setting premise and characters of Wrath Against Time. Some god-damned shape shifting aliens have used a recently...

Hi, thanks for the interest. Stuff came up and went through some major burnout from doing too much on my own, so ended up taking quite the break. But haven't given up on the project and we've been talking about getting back to it asap. Looking forward to completing this project and hopefully, many more.

All the best man

Hello there :)! just checkin if your still alive.

It turns out I am! Sorry for the massive delay, went through a lot of burnout and took a long break. Getting back to it soon though!

Just for awareness, the project is still alive! We've been workin on it all this time, but life has required some extra attention (seeking a job, and now having a fulltime job again to deal with for some examples). All good tho, and workin on gettin a demo out within the next few weekends!

Looks really great. Good job on the art! I want to punch a raptor!

There just comes a time in every man's life when he realizes that's his calling, lol, and thanks again!

Glad to hear it! We're workin on it, haha

Twitter
Tags
Embed Buttons
Link to Wrath Against Time by selecting a button and using the embed code provided more...