Experience an international strategy war game for free!
Play for your country in a unique combination of community, strategy and war. 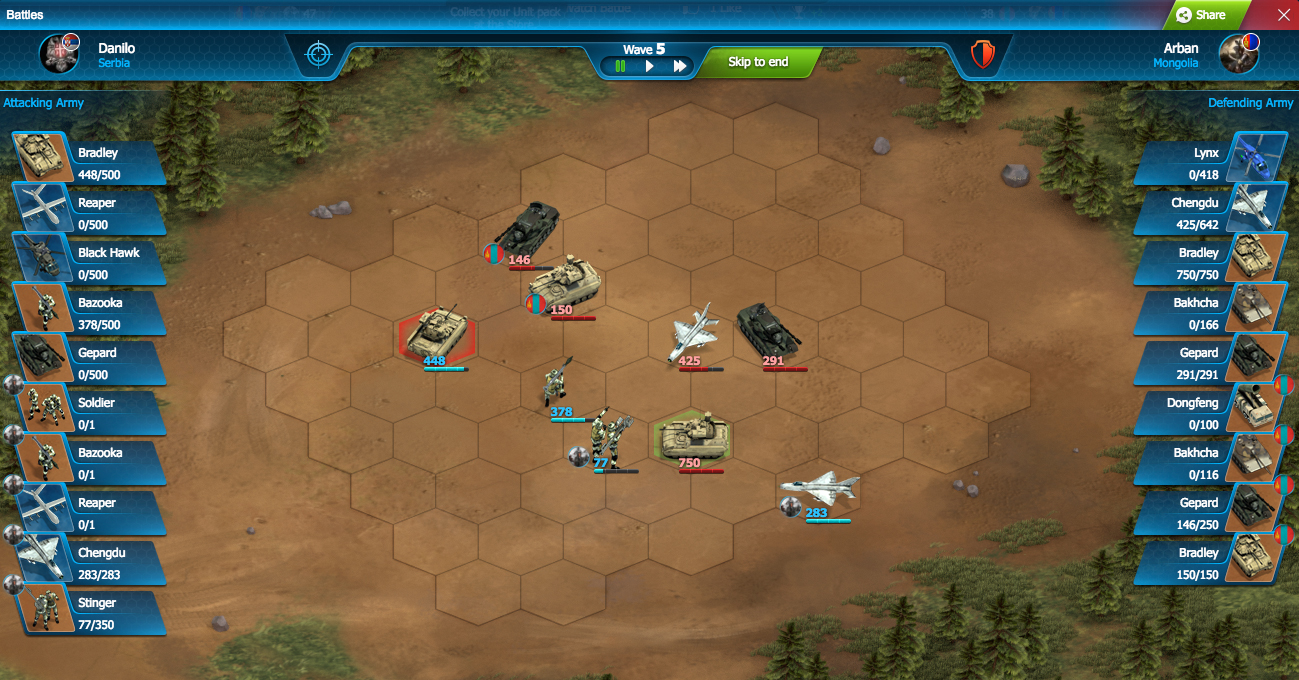 Control and command your Armies, work with allies to create Squads and engage in conflicts and diplomacy with other players and Squads. Conquer Capitals and get points for the Leaderboard, where at the end of each Season, which lasts around 3 months, the winners receive in-game rewards for the next Season.

Players from around the world take the role of commanders by building their army, forging alliances, fighting epic battles and conquering enemy countries in a competitive international championship.