Wooden Sen'SeY is an action-platformer for PC and Mac, set in a unique "Japan Steam Rock" universe. You follow Goro, a village chief, as he seeks revenge through a variety of levels. He will defeat his enemies using his axes to slice, dice, squash and grapple! Upper Byte, the French indie studio behind Wooden Sen'SeY, is a tiny team with only two members: Cédric, the creative force, and Camille, the insane coder. Their ultimate goal is world domination. But for now, nice polished games, with hardcore old school gameplay and nice graphics is enough! Wooden Sen'SeY features: - Exotic new worlds, old school hardcore gameplay and beautiful 3D graphics! - Various graphics, music and gameplay for each level! - Several ways to take the way of the Sensei: dive in or play with finesse! - "Dev-Time" challenge for each level: beat the developers' time! Wooden Sen'SeY won the advisory board special prize at Game Connection Asia 2012, and is an IndieCade 2012 finalist! 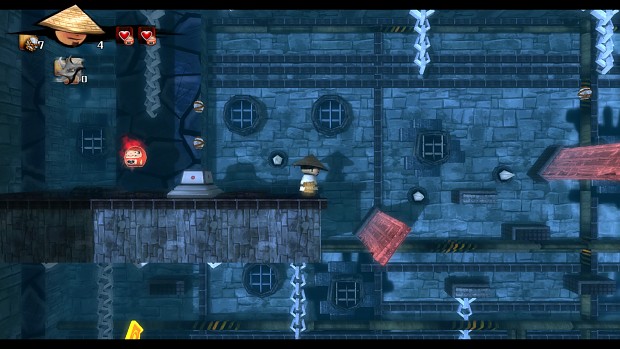