WE RIDE is a mini hardcore PVP MMO. It’s in what I call pre-pre alpha, but it’s online, and it’s free to play.

Go to weridegame.com to get started!

I played tons of Ultima Online in the late 90's and 00's and just love the open world and free gameplay it offered. I have so many awesome memories from intense PVP battles, exploring the world, and just hours and hours of killing, looting, stealing, winning, dying, losing it all, and just trolling.

Eventually the servers I used to play on died out and the people I played with got jobs, families etc. I started working as a web designer and frontend developer. To start learning some more coding, I built a small RPG in Unity. But the lack of multiplayer support back then made it really hard to build anything more than just a single player RPG.

After watching some of Epic's multiplayer tutorials, I figured I should give it a try.

WE RIDE is my maniac MMO project since a little more than two years now. I’m very proud of what it has become and now all I can hope for is a handful of old school hardcore PVPers to find it, play it and help me continue develop it!

The game, so far obviously, is very basic. It needs a lot more content to stay interesting for more than a couple of hours of solo playtime. 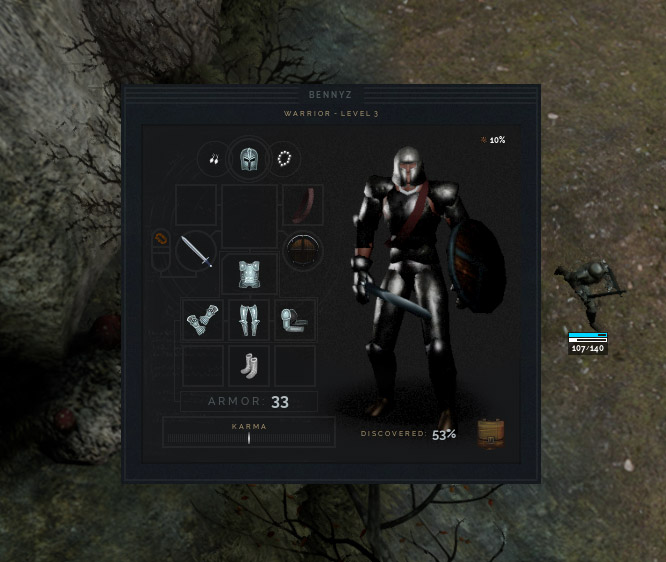 Proximity chat
Hit enter to start typing, enter again to say it. All characters nearby characters will see the message above your head. NPCs react to it.

Taming
Some characters may be tamed, may require x taming skill
Some may be mounted
Tamed characters will respond to chat messages ‘[name] follow me’, ‘[name] guard me’, ‘[name] stop’, ‘[name] rename’, '[name] kill'

Hostility flags
blue (friendly), gray (criminal), red (murderer)
Players are blue by default, if you attack or loot another blue, you get gray flagged
The gray flag will wear off after a while
If you kill too many blues, you become red, red flag is permanent until you kill enough other reds 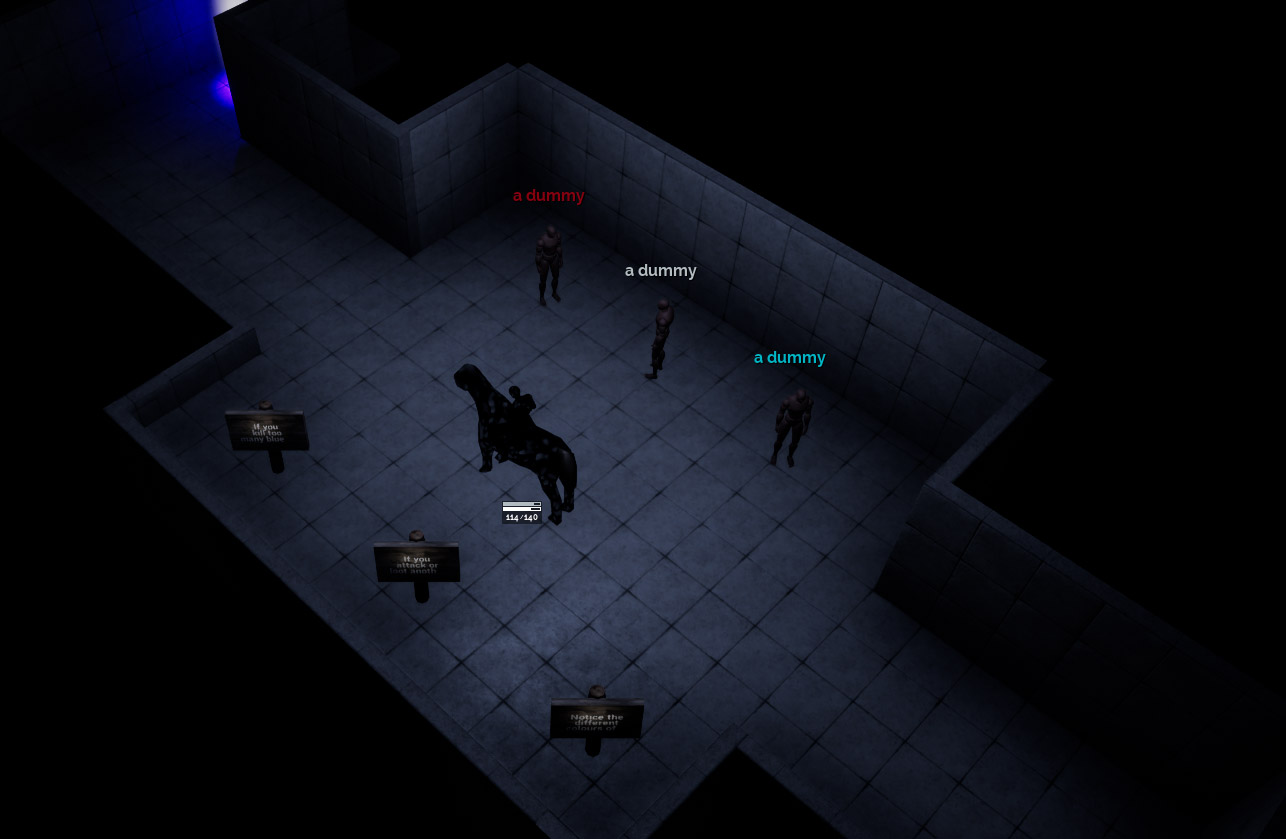 Offenses
If you attack a character first, you get an offence flag towards that character for a short while. If the offended fights back they won’t have to suffer any consequences for their actions.

Guards
Certain areas are protected by guards. They can be called by players by saying “.guards” If summoned, they will instal-kill any red character OR any gray character with an active offence.

Spawn points
Can be configured to spawn a certain kind of NPC, how many, how fast respawn, and over how large area. Also, whether the spawn should come back if wandering too far from spawn point.

Gray NPC’s
Same as above but non-aggressive

Blue NPC’s
Same as above but will flag you gray for attacking or looting
Blue human NPC’s will call guards if inside a guarded area, spotting a crime, or a red

Mounts
Tame a horse and ride it, boosting run speed 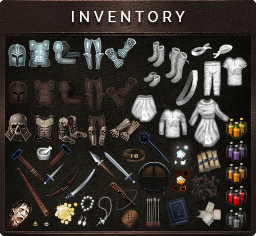 Basic
All items may have any color tint

Inventory and containers
Slot-free, drag and drop inventory system
Supporting containers in containers
Hotkey I opens your inventory
Chat message ‘bank’ will open your bank (in a bank zone) 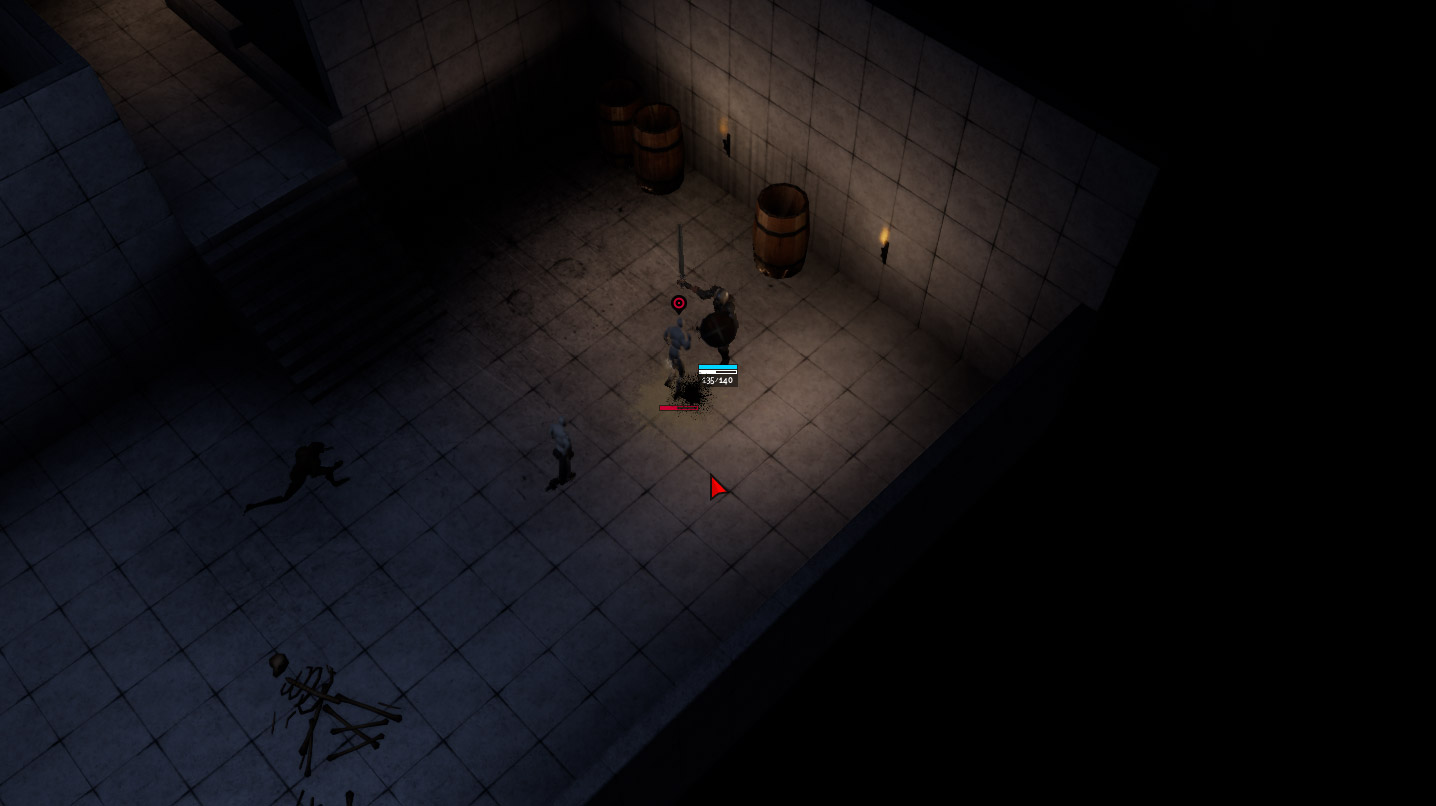 Healing and curing
Using bandages, takes a while where the character is blocked from any other action
If target is poisoned bandages will be used to try to cure the poison first
Using bandages on other characters is faster
Using spells, cast spell ‘heal’ and ‘cure’.
Target doesn’t have to be cured for ‘heal’-spell to have effect

Scoreboard and bounty
Killing another player will generate a bounty on your character’s head
The more consecutive kills you can score before someone beheads you the bigger the bounty
A head with a bounty may be taken to a bank to claim the reward
Scoreboard can be found on weridegame.com.

General
Based on Codespartan’s MMO kit
You’ll find your character where and as you left it when you log back on
When you log out your character will idle in the world for a couple of minutes, so there’s no escaping a battle by quitting.
Not sure how many players the server can handle, let’s find out!

Wow that’s quite a list! But there’s a lot more to fix and I wanna build more stuff. So if you like the game, feel free to give me feedback on what you’d like to see in the future!

I plan to keep this thread updated as much as possible for anyone who might be interested in the progress.

Thank you for your feedback!

Thanks for voting and helping We Ride on it's quest to become the 2022 Indie of the Year. You are now in with a chance to score some free games. Help this game secure more votes by embedding the widget (or link) we have included below on your favorite sites.

Disharmony: The Elements of Eldesia

To promote We Ride and grow its popularity (top games), use the embed code provided on your homepage, blog, forums and elsewhere you desire. Or try our widget.

Disharmony: The Elements of Eldesia

Disharmony: The Elements of Eldesia Is an ambitious new open-world mmorpg that we wish to make.

Poseidon, Athena, Zeus, Pandora and Hades are in a Great War to define the destiny of Humans! What side is yours? (Inspired by Knights of Zodiac, Saint...

Fantasy Tales Online is an upcoming cross-platform MMORPG that will offer unique graphics with a retro style. To be successful, players must form parties...

A call to arms! Demons have spread across the land and the mortal world is in danger of falling forever. Will you join the fight to reclaim the land and...

Kakele is a classic 2D pixel MMORPG based on classic RPG games. Download now on Play Store or App store. We try to gather the best game experience from...

Brutal World online is 2D MMORPG with open world and PvP where you can build, craft, and attack almost anything. * 40 different tools and weapons which...