We Need a Hero

We Need A hero 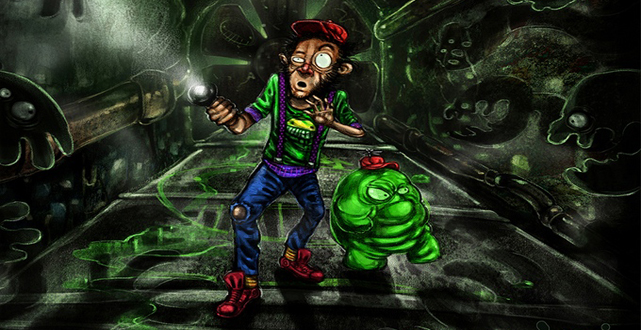 Anu Game Studio is a dedicated group of five passionate game developers. Altogether our team consists of two artists, one programmer, one game designer, and one composer, all with an undying passion for classic adventure games.

A while back, we all worked at different video game studios, but we never got the chance to make the games we loved to play. Being the Tim Schafer acolytes that we are, Grim Fandango and Monkey Island rank high on our lists of all-time favorites. Somewhere down the line, we had this idea for a point-and-click adventure set in a bizarre world of valiant plumbers, collagen-obsessed housewives, and shotgun-wielding grandma-esque demons. So we quit our jobs and came together to to work in Anu Game Studio.

When a mad scientist discovers a toxic substance, he accidentally drains it into the sewers of the city, turning everyone into monstrous creatures. Now the world needs a hero, but all it gets is a small-town plumber named Jacky, who isn’t always the brightest guy on the block. He may not be your typical “H|ERO,” but at the end of the day, it’s up to Jacky to vanquish the rampaging hordes of deranged humans and save the day. 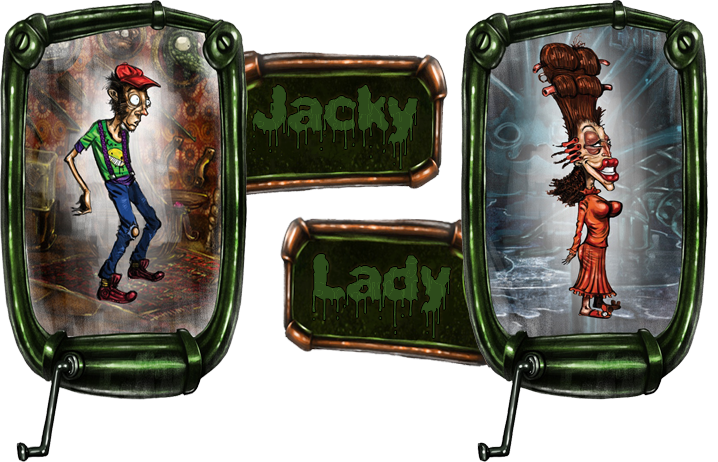 Our main protagonist. Naive, dimwitted, and a little crazy, Jacky’s brain gets to work when he’s in trouble (much like his stomach does in the presence of pizza). He’s an unabashed videogame nerd and plays everything he can get his hands on.

Anyway, the big city is in trouble and Jacky’s the only one who can save it. He might not be the hero the city deserves, but he could be the one it needs…

A real lady and a real matron, Lady spends everything she’s got on hair products. She sees life as a never-ending beauty pageant where she’s running up against Marilyn Monroe—mind you, she’s confident about winning. As for her daily life, Lady eagerly awaits her prince charming—a strapping Hollywood type-of-guy who cruises around her block in a red Chevy… 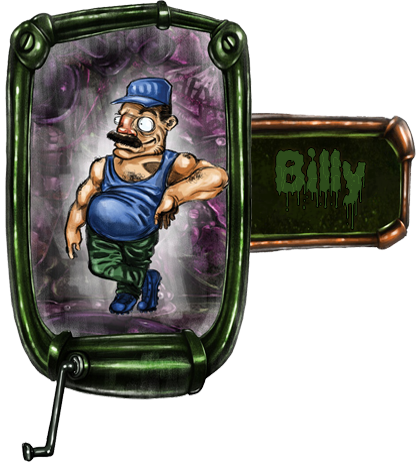 Head of the sewer workers union, Billy is highly sociable and chirpy—and spends his time bodybuilding and dreaming about Hummers. He offers Jacky advice via a wireless handset when needed, but doesn’t miss an opportunity to ♥♥♥♥ him off either.

We Need a Hero is a point-and-click adventure game where you…move your mouse, point and click on things, wait for animations to play out, and… But seriously, We Need a Hero is all about kickass puzzles, a bizarre out-of-this-world story, and art that might make your brain melt. But fear not! The game is also jam packed with mini-games that give you hints on how to solve the puzzles.

Send us your feedback

To promote We Need a Hero and grow its popularity (top games), use the embed code provided on your homepage, blog, forums and elsewhere you desire. Or try our widget.

A casual comedy videogame where you go to a party and make sure everyone in it has a bad time.

Story: The Soviet Russian space race program had you believing they only wanted to be the first to venture above and beyond, however behind the curtains...

Sheep Collision is a party game for up to 4 human (online) or computer-controlled players. The game features several different levels in which the goal...

Help Mimi the young farmer apprentice to manage the farm while her parents are away. This is not going to be as easy as it seems: there's a lot of work...

A fun quirky game where you prevent the screen from being filled up with eyeballs. Swipe the eyeballs to rotate. Pop two sticking eyeballs for points...

It's a familiar situation: you're at a party and there's a lonely person afraid to walk up to the person he/she's attracted to. You are the friendly bartender...