War & Valor goes to the Axis southern flank in Northern Africa between 1941 and 1943 where Allied forces are fighting the Deutsches Afrikakorps (DAK). An open world game environment is core to the foundation of the game. Scalable combat instances enable developers to easily increase or reduce the total size of each playable area. These instances range from 1 km2 up to 20 km2 and allows up to 150 concurrent players in a single instance. Every battle includes PvP combat and strategic objectives in various forms such as; capturing facilities, planting explosives (demolition /sabotage), securing intelligence and more. This creates the main element of the game called the, “Campaign,” or the global (theatre) situation. 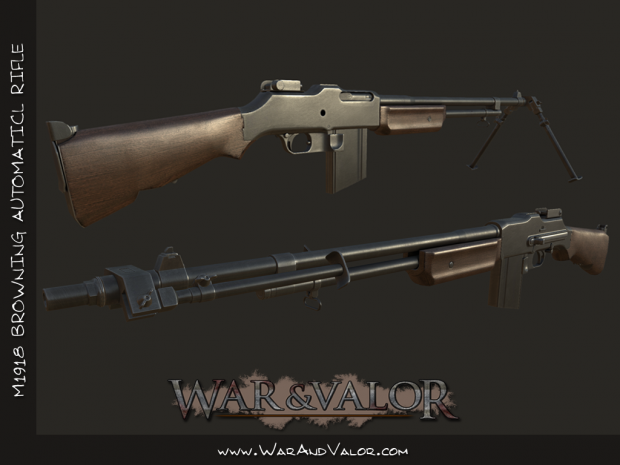 Thanks OffGrid, we appreciate it!

The iconic American M1918 "Browning Automatic Rifle," or more simply known as the "BAR" has been created for War & Valor!

This beast will serve as the primary Light Machine Gun for American forces in North Africa. It fires a .30-06 round and comes with a bi-pod as seen in the photo (top version is deployed, bottom is undeployed).