has been reduced, in most cases halved. Firing a weapon introduces weapon kick which recovers over time. 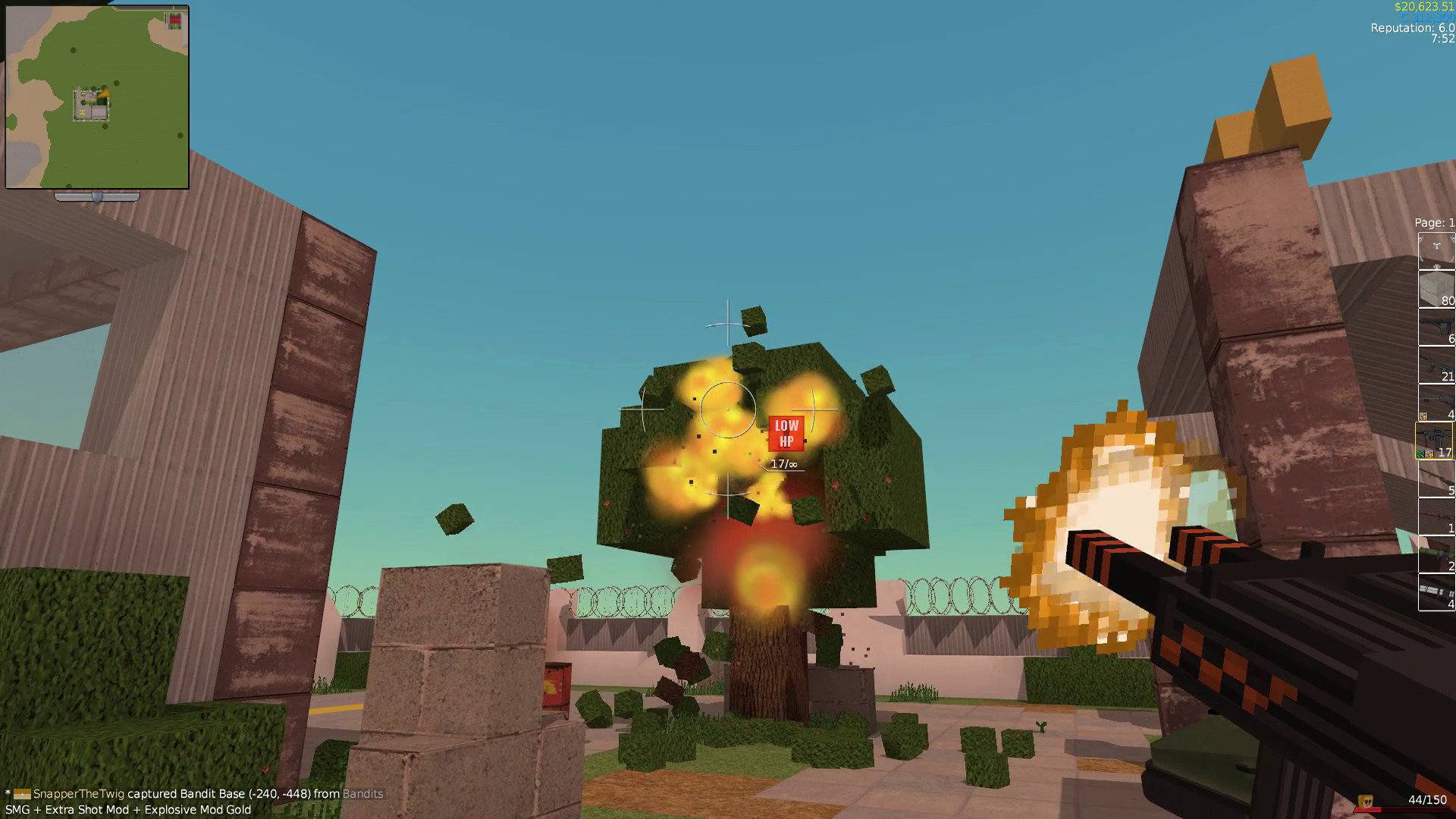 Above: A SMG modded with a Extra Shot + Explosive Gold mod - really kicky!

Dungeons are mid-late game content that consist of large networks of rooms in the hills. They are initially hidden on the map and must be discovered. Entrances to dungeons are marked as fortification level 1 bandit bases and can be found as giant stone spires in the world, and individual dungeon rooms are disguised as hills lots. 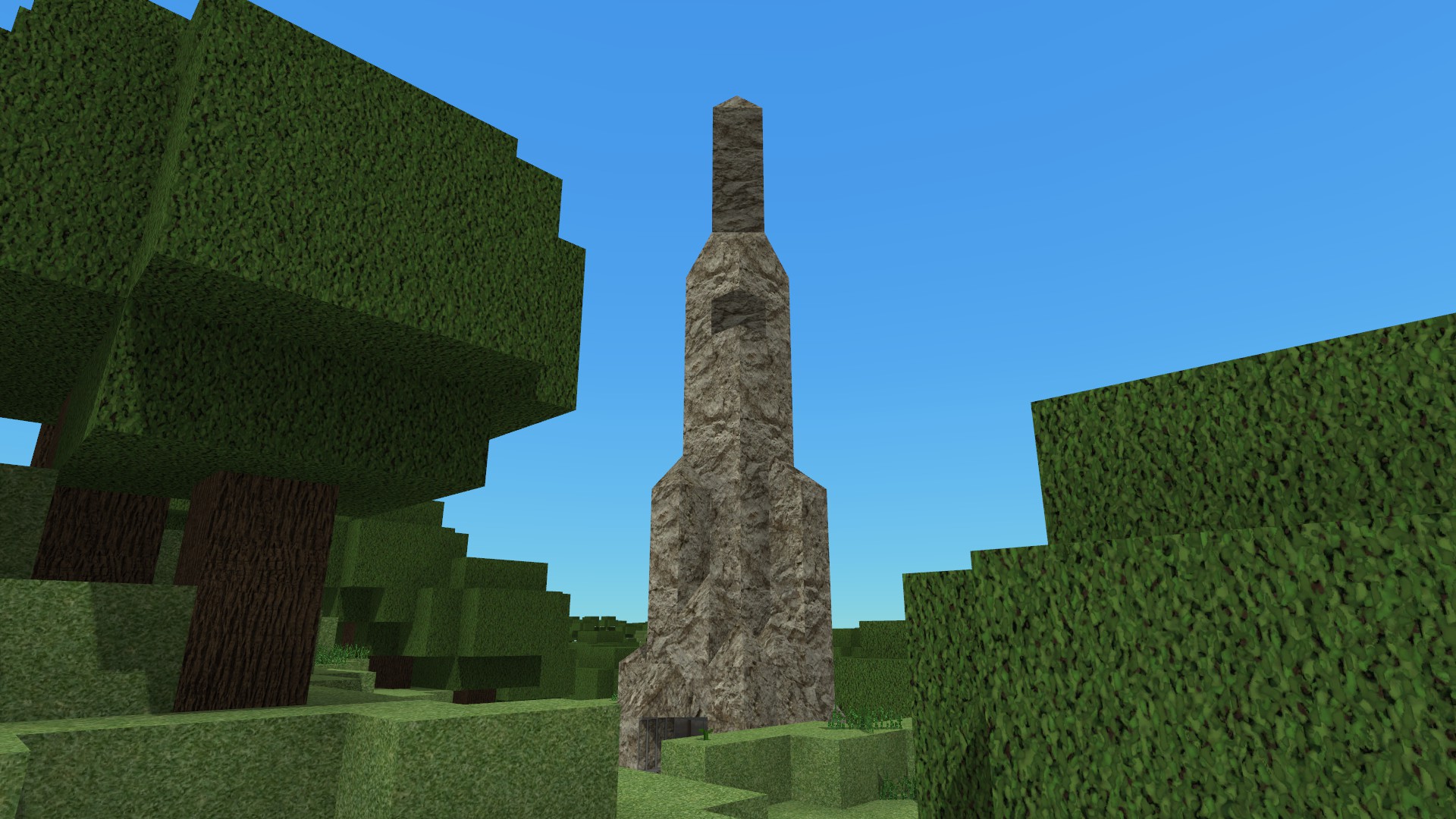 Above: The entrance spire to a dungeon, hidden in the hills

Bandits in dungeons are stronger than the bandit base inhabitants you're used too. They start at fortification level 6, and progress to level 10. The number of dungeons on the map is dependent on the number of hills lots on the map with a maximum of 5 spawning, space permitting. Each dungeon is progressively bigger than the last. 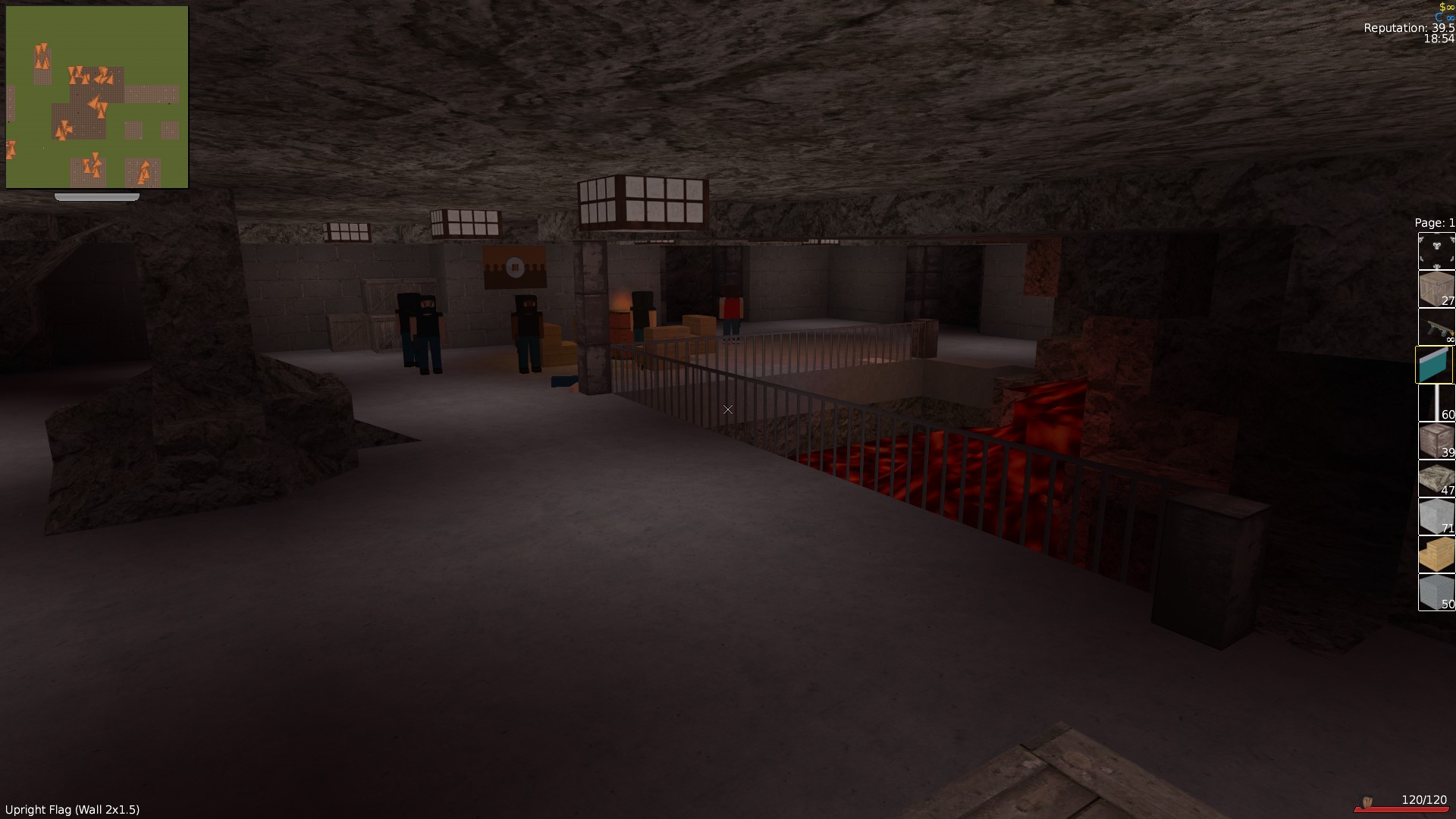 Above: A 2x2 Dungeon Room

You can enter the spire at any time, but to be able to capture dungeon rooms you need a relevant key to disable the shields between rooms. To get the key for the first dungeon, the Blue Dungeon Key, you can do one of three things:

In each dungeon there is a Bandit King who functions as the boss, who drops a lot of valuable items + a key to the next dungeon, and perhaps more importantly, they drop a crown you can wear! If you are playing in multiplayer then they'll drop multiple keys.

While in a dungeon you cannot tele-buy items, so stock up on healing items first! I firmly recommend that you level up a bit first (level 10 is a good guide for the first one), and get a few combat perks + silver or gold tier weapons and mods.

Why stone pillar? Wouldn't it be more setting appropriate to style it as some tiny bunker or shed?

I wanted something that would pop-out in the distance and make players think "oooo what's that?"

when i think it, i dont think its all tha glorious, i mean, its the same building gen, but underground, another thing would be it it can spawn natural tunels under the city XD