The latest patch adds a Big Bandit Base, a Car Shop and a bunch of QoL improvements. Lets dive in!

I've made a new Big Bandit Base consisting of 3 levels (2 surface, 1 under ground) and a short switching puzzle that is required to get to the loot room. 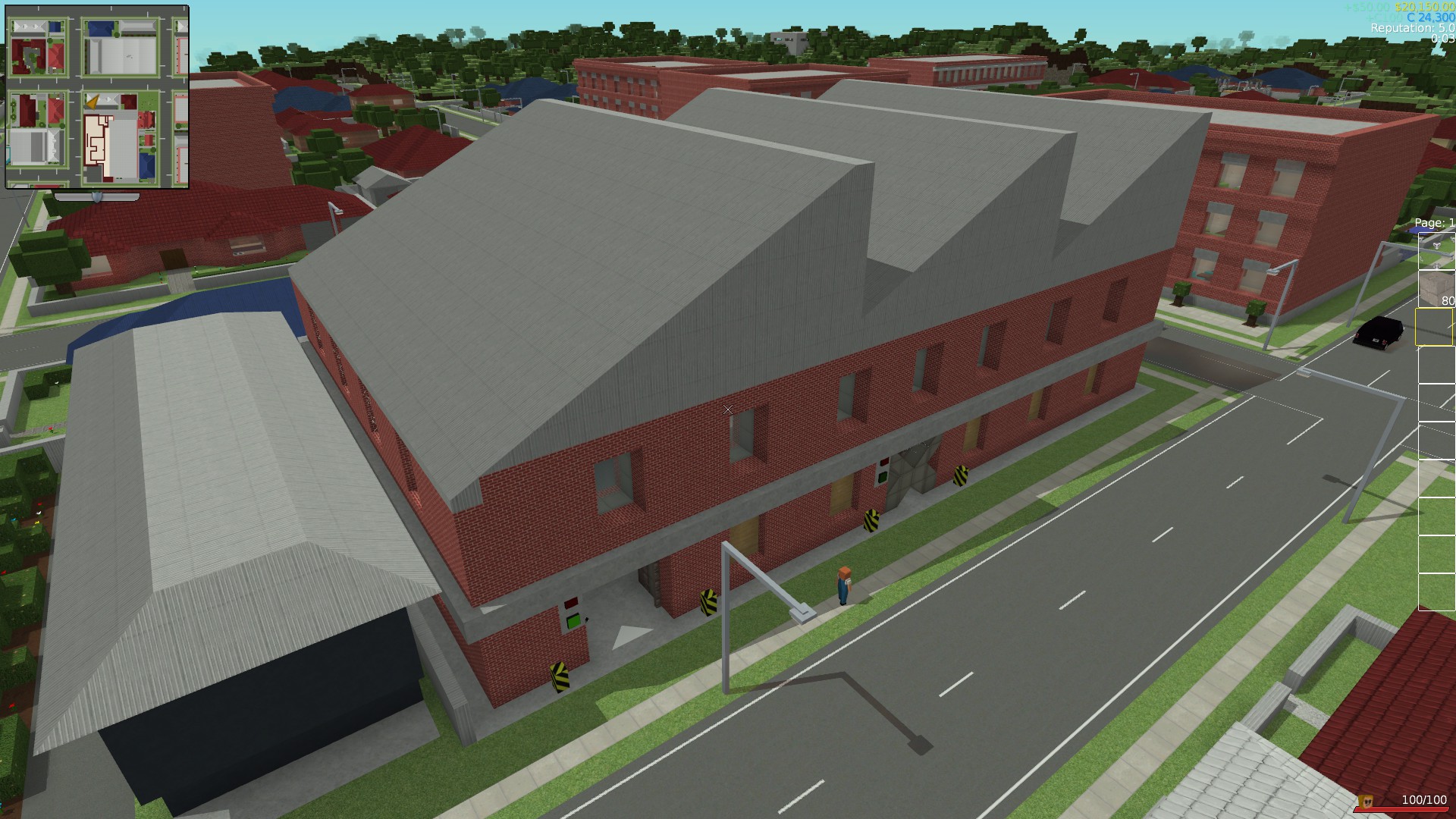 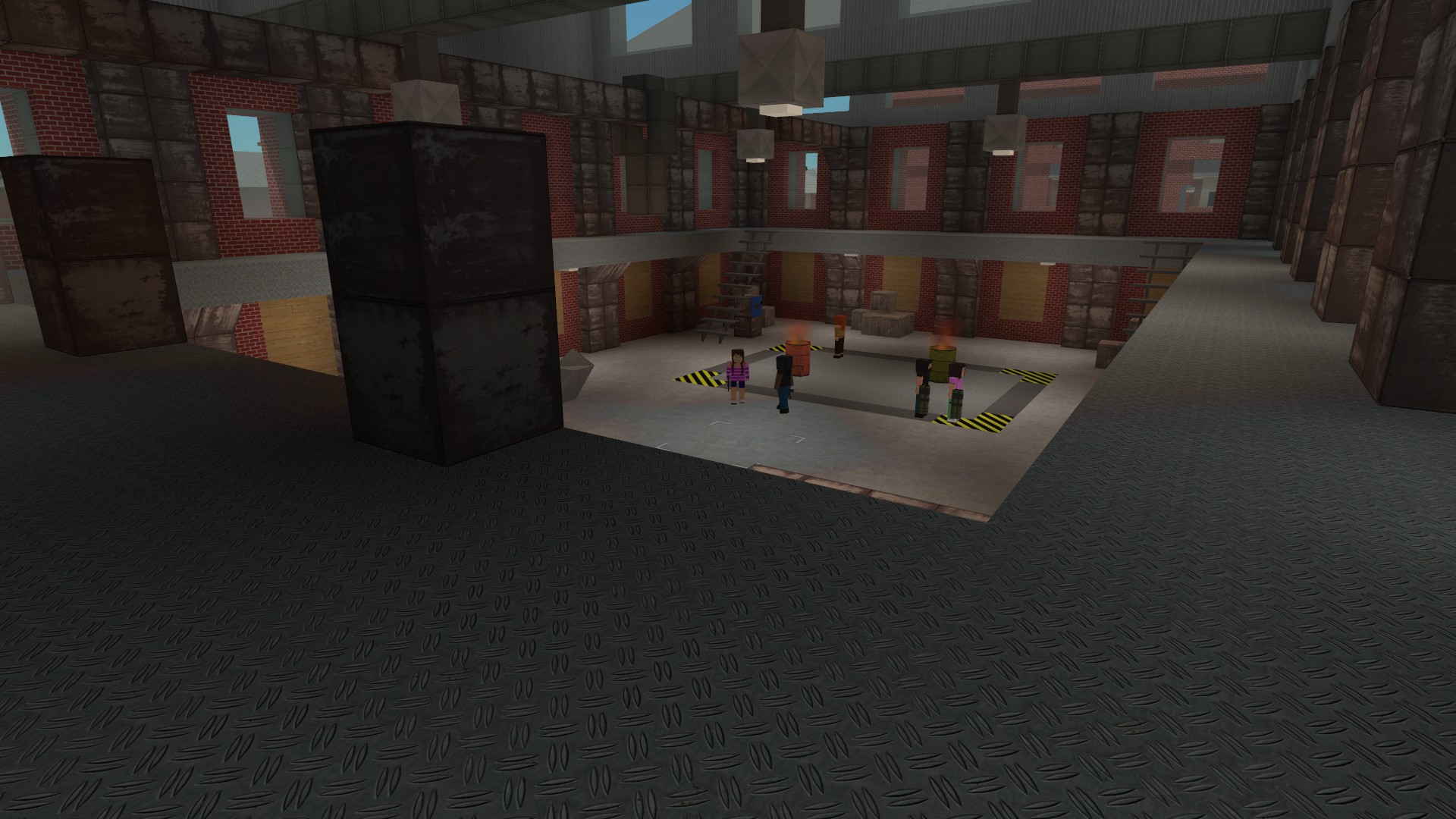 Above: The big bandit base main factory floor area. In the distance you can see a Blue switch...

This bandit base features the new Red Burning barrels that act as half-spawners. These spawn up to 2 Bandits for bases that are levels 1-2 and 3 Bandits for levels 3-5. These could be useful for modders to place multiple half barrels in a bandit base instead of a single spawner.

If this game interests you consider checking out the Steam Page!

I've made a car shop to compliment the last patch's Hovercraft and Boat shops. The Caryard is a 2x1 lot of the Commercial Vehicles/Cars type. Cars will spawn when you enter the lot and there is an NPC inside that will sell you most of the civilian vehicles in the game, or you can just steal a car from the yard. But watch out, stealing a car is a crime! 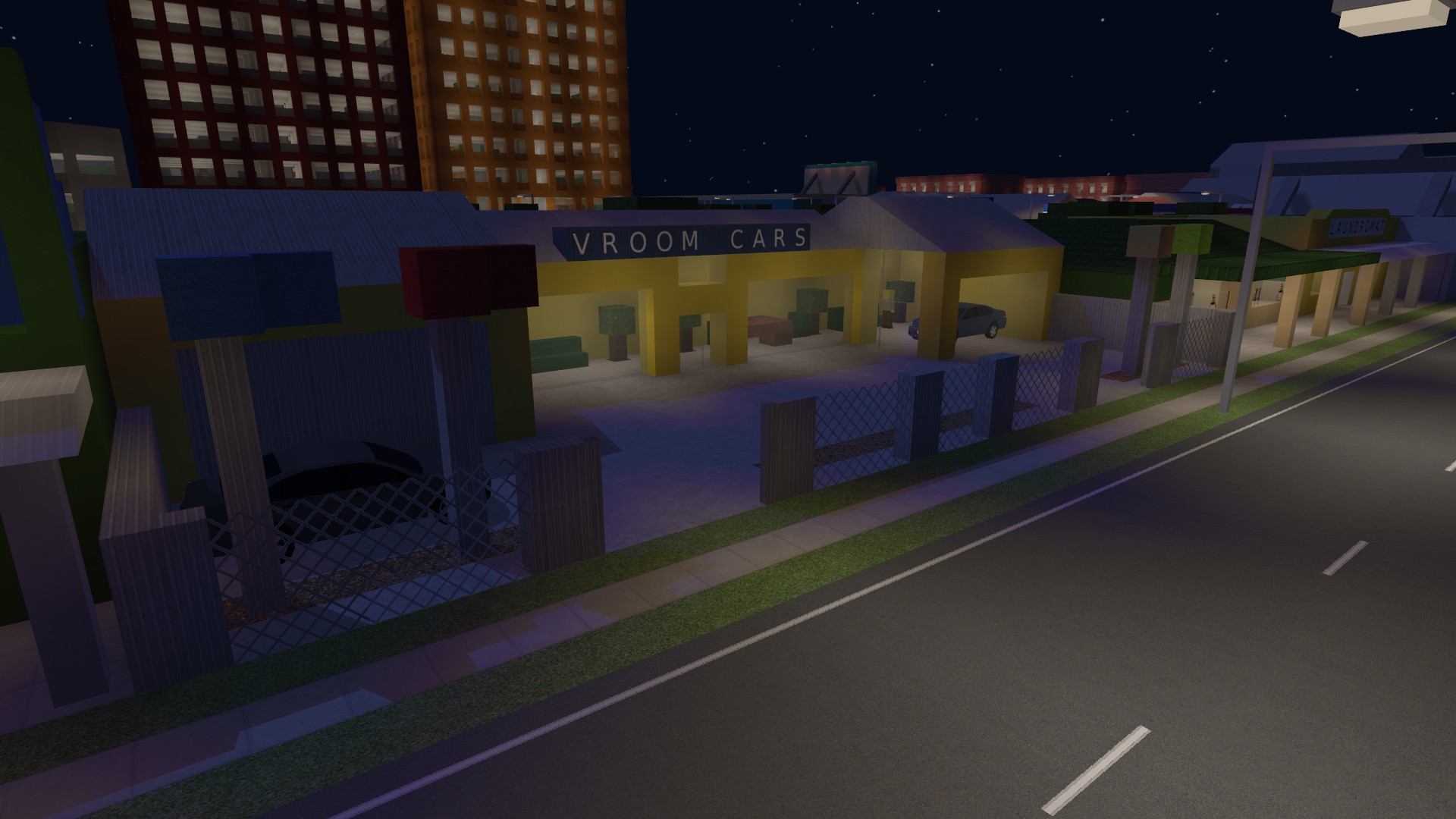 Likewise there is now a VEHICLES zone for LotPack modding, so you can make random civilian vehicles spawn in your lots.

A massive QoL improvement is the Waypoint system. Markers on the map can appear in the 3D world making navigation easier. 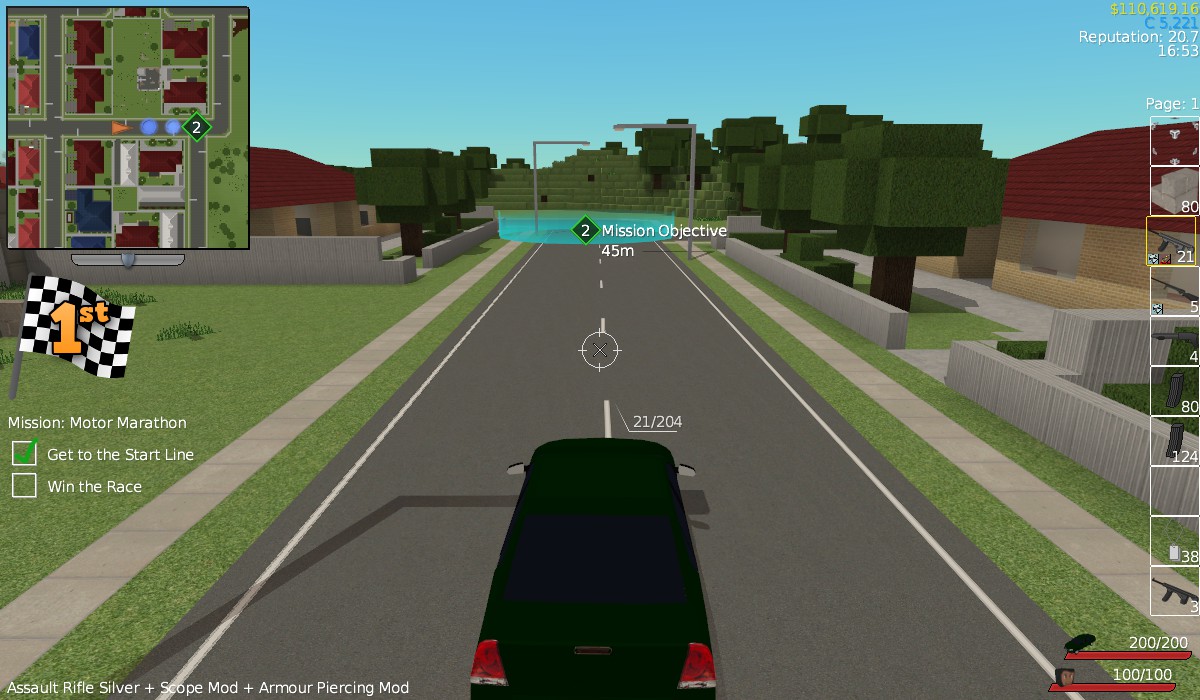 You can choose between:

By default the first 3 are enabled and the last two are disabled, as in certain situations things can become cluttered (such as a 3v3 Turf War). You can pick which ones you want to be enabled in the Graphics Settings menu 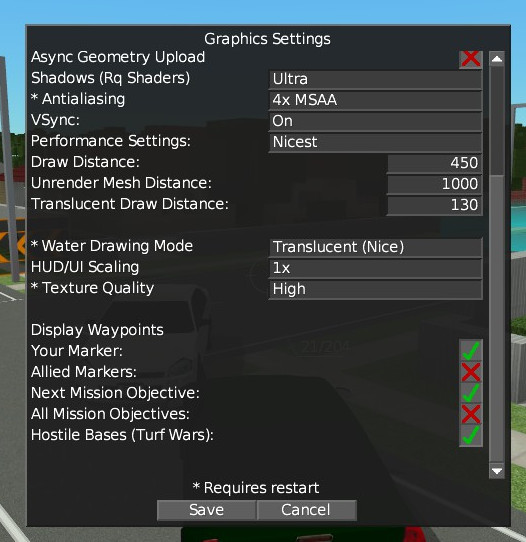 If a lot has multiple markers they will be merged together. 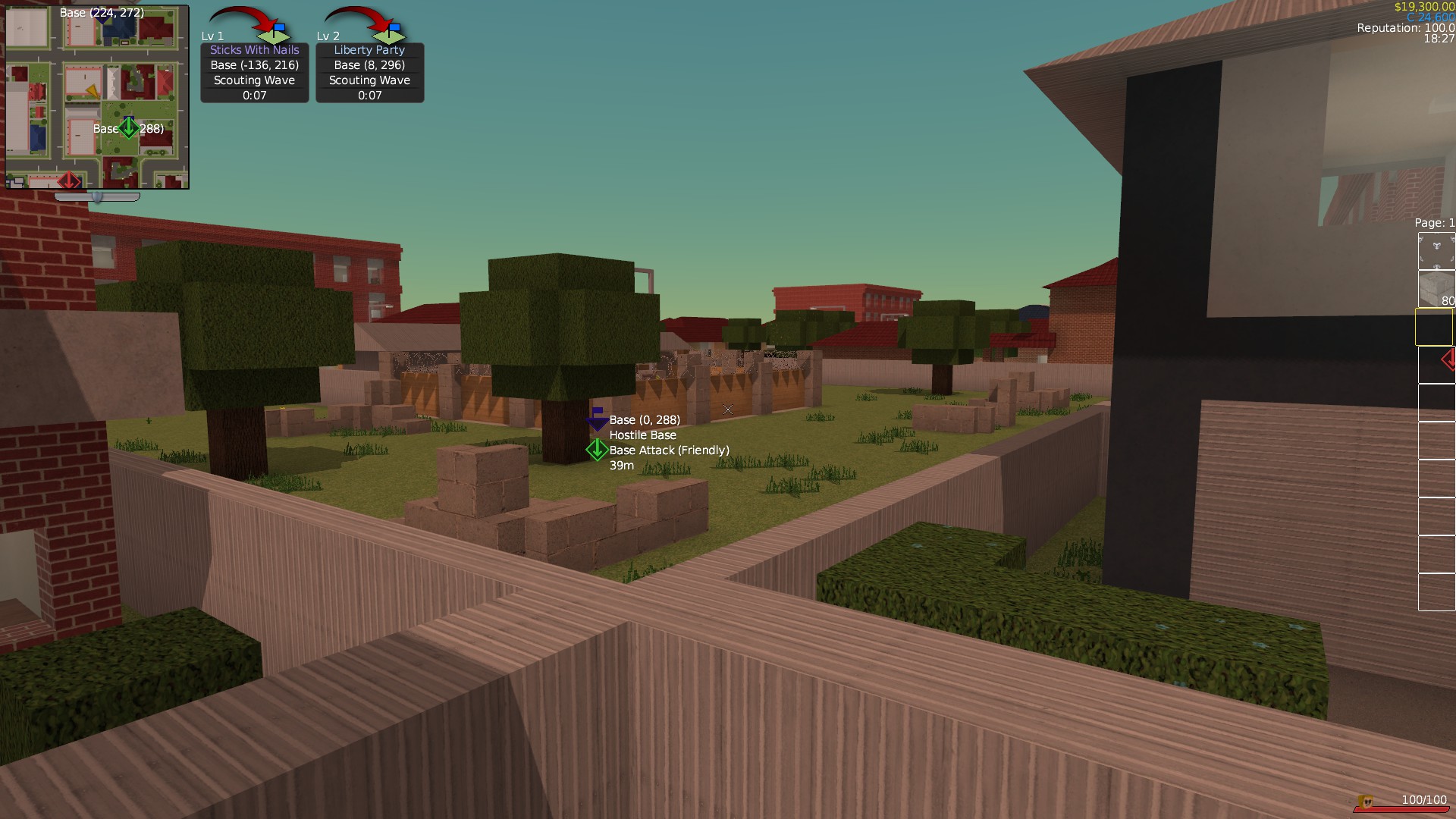 Above: Multiple waypoints merged together

This was achieved by using the GluProject function and writing a proper backend for marker management.

I've also used SDL2's relative mouse movement functions - these have proven to be much more reliable than the old method of measuring delta movements and re-warping to the centre of the screen (which occasionally caused snapping artefacts).

This is something that solves the problem of AI factions taking over multiplayer servers when players are offline. Strategic Pausing disables the Economic Simulation and disables AI Faction actions, such as Starting Wars, collecting income and setting up rackets. It technically disables all onHour() functionality, so stuff like Aggression and Reputation Decay will also be disabled. 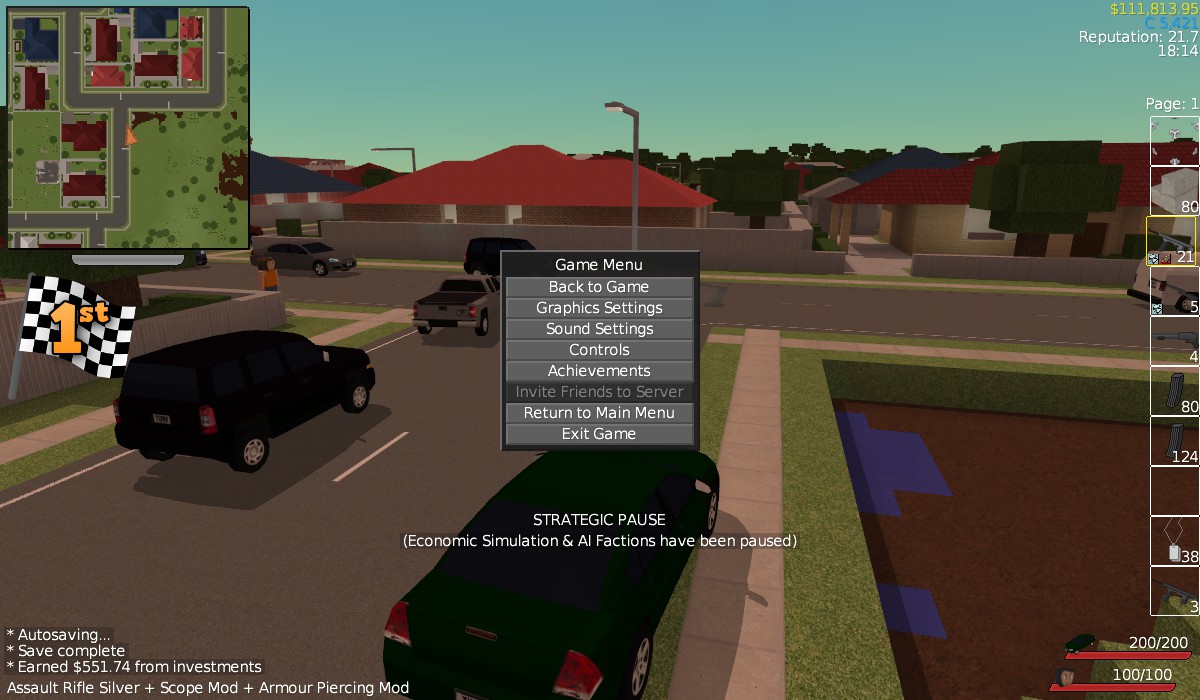 Strategic Pausing can also be enabled by pressing Esc to go to the Game Menu and waiting 1 minute. So if you've got something you need to do and don't want to shut down the game (such as filming/video editing) you can use this. If you are in a multiplayer Strat. Pause will also engage if ALL players are in the Esc menu for 1 minute.

Because it disables onHour() stuff it could be advantageous for exploit-seeking players trying to deny onHour income to AI players early-game, hence the 1 minute requirement.

Geometry now uses up to 30% less VRAM. The effect is more prevalent the less developed a lot is (so a blank lot will be ~30% less VRAM, an apartment building may be ~10% less). There is scope to further optimise VRAM usage (by double digit percentages) but its extremely non-trivial to implement.

Some of these weren’t explicitly requested by players but are in response to issues raised by players. 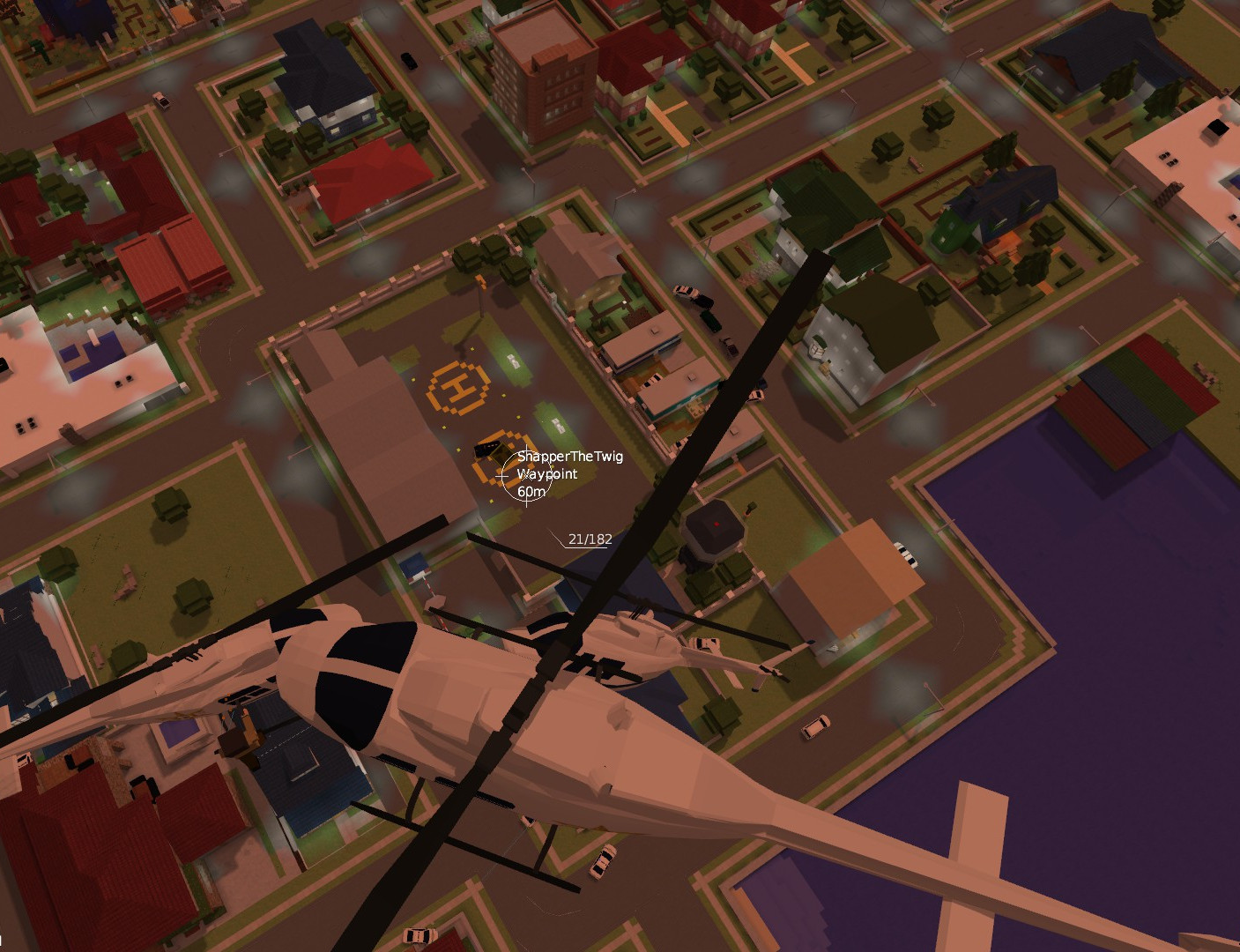 Hey Twigz, reason people pick Borderless Windowed mode is for multiple displays. Much better being able to move the mouse over to the second screen versus Alt-Tab.

Thanks for your effort on the game!