Untitled is a game that takes you into an Abstract paintings, that you then need to escape from. By blending in with colors you can pass through them, while you are blended with the colors be sure to check from power ups hidden inside of the color. Your goal is to have the highest score possible, by collecting power ups, racing against time, or a combination of both you can attempt to top the high score table.

On Monday Untitled version 1.0 was released, more than likely the final version of the game. If there are any major bugs or problems, or even if someone translates the game I will release a version 1.x to fix issues. For the most part, the Untitled chapter is closed.

On 8-21-2011 the prototype was released for the Ludum Dare 21 competition, for my second entry into Ludum Dare (and third construct game) it did quite well, scoring as #38 for Innovation. Over the past eight months I have taken the game from a prototype into what I feel is a solid game.After I released the game for Ludum Dare the biggest critique was that the controls were cramped and not easy to use. 15 days later I released beta 1 that changed the controls to use the mouse, it made the game a lot easier to play, and more intuitive. 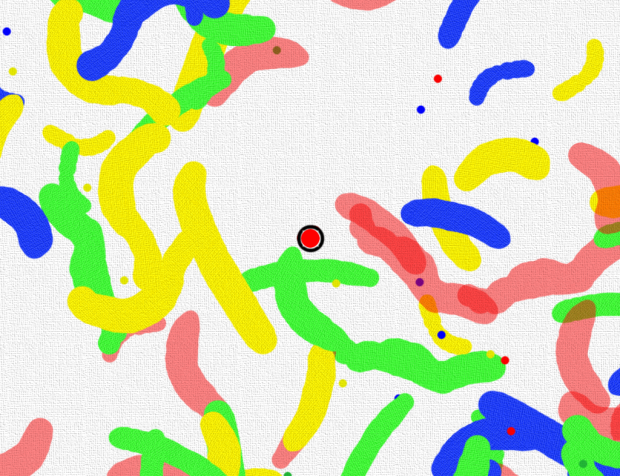 One of the cut features in the prototype was the the level generation, I wasn’t familiar with ini files and didn’t know a good way to keep track of the numbers (as well as only having 48 hours) But I did intend for the game to have the level generation options, so you could change the level from a crowded one, to a minimal one. Beta 1 had a shell of the level generation (had to edit the configuration file, and all objects got the same number) in Beta 2 I added the options to the menu and you could set the individual color generation.

Then on IndieDB a suggestion was made by Reqieumthefallen about unique effects for when you’re each color. I liked the idea and quickly came up with and implemented Abilities and Traits for colors. Beta 2 had the Abilities and Traits along with Orange and Violet colors.

Beta 2 was when it became a game, and not just a toy. The Abilities and Traits allow you to move differently and approach the level with a different plan. After Beta 2 I shifted focus to polishing the game, and adding more options.

A Leaderboard was added in Beta 3 that could be viewed on the website, you had to push a submit button for your score to show up. In Beta 4 I improved the integration of the Leaderboard into the game, and there is an option to automatically submit your score, or push a button. 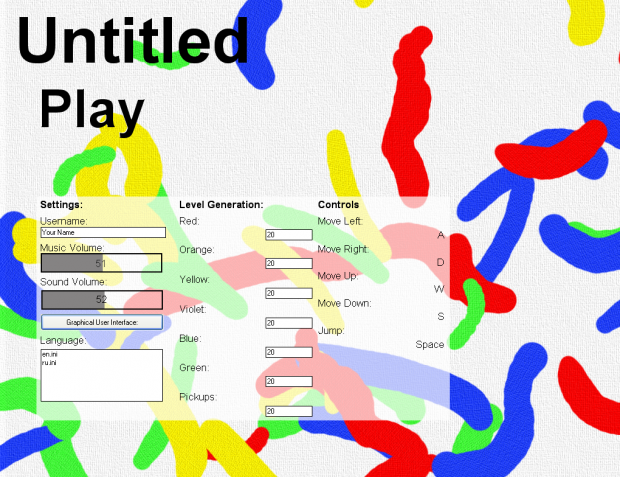 Configurable controls is something that construct doesn’t do well itself, but a mod fixes this issue and makes configurable controls easy to implement and support a wide range of controls. Beta 3 was the first version that you could remap the controls in, so if you don’t like playing with WASD you can change it to use the arrow keys. The only thing I had wished I could have implemented was a way to change colors without using the mouse, but it was to big of a concept change at this point.

To finish the game up I just polished everything, redesigning all of the menus to be more appealing, and making the game easier to just pickup and play. Pickups were also given a color effect that fires when you pick them up. and the difficulty was made easier using presets. I’m happy with the resulting game, and hope to see some more scores on the Leaderboard. 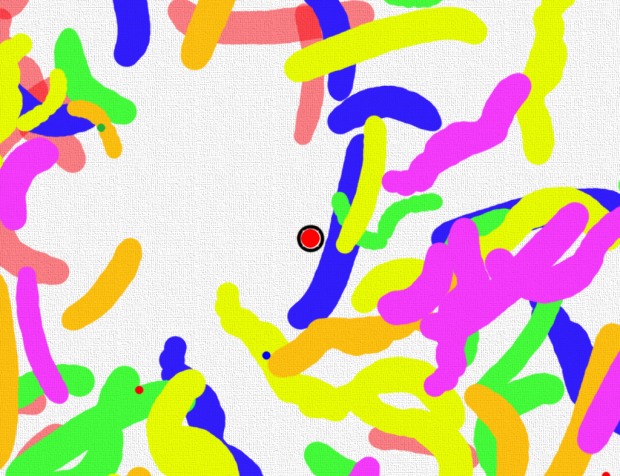 Untitled beta 4 was released yesterday, beta 4 focused on finishing the game, and polishing. The release date for Untitled has been set.

The release of Untitled Beta 3, and launch of the Untitled website.

Ludum Dare #22, the new website for All Around Games, and a preview of the Untitled website, news on Untitled Beta 3

The first official release of Untitled. There are no major changes just a few small changes to the website.

Untitled Beta 4 contains a number of visual changes. Power-ups now have violet, and orange variants. All menus have new backgrounds, and the Main Menu...

The first release of the revised and improved version of Untitled. Has a configuration file, translation support, and improved controls.

Have you considered adding unique effects for when you're each color?

No I hadn't, that is a good idea. I'll take a look at implementing a special effect for each of the colors.

Perhaps green lets you float for a little while, but only at your present height, and only to the left or right (thus the player can explore further).

My problem with that idea is that it would break the flow of the game. The other effects are ones that wouldn't be intrusive, you would still fall through the color. If you hovered while you were a color you wouldn't be able to go down. Or it would have to be activated.

I'm thinking that one of the colors should give you a dash ability, that you would be able to double tap A or D and dash a short distance in that direction. It would go well with the double jump ability.

That way two of them would be activated, and two would be inherent.

I expected it to be activated. Either by player's control or by making contact with a non-yellow object. I do see you've made yellow be hover though, if the screenshot descriptions are correct. My reason for suggesting this was the similarity between Green and Yellow (a higher jump and a double jump are similar, but don't be hard on yourself. Game design takes practice).

Still as always, I'm looking forward to this game's completion.

Yea, I was aware they were similar. The initial list was just my on the spots thoughts, after I have my initial thoughts I always take a few days to think them over, and address any of the issues.

While thinking them over I though it would be a good idea to bring in the color wheel some, and make use of Warm/Cool colors as a way of dividing different abilities and traits up. This was when I decided to have activated abilities, and passive traits.

While abstract, like my game "Abstract", it appears to have an entirely different game design.

I like the idea frankly, and I hope you succeed with this little game here.

Thanks, I wanted to do something that was different, and in an Abstract Non-Objective way.

I tried your game the other day, and the graphic style of it was really cool. I think it could go along ways, good luck with it.