You are the newcomer who has come from the outer space, and where you landed, there is a new threat already. Deal with enemies and conquer the planet, which you have declared your own homeland in between infinite stars and tiny worlds...!

Have you even dreamed to own a planet? Now you can get it! Evolve your planet as you want. Upgrade buildings, improve defense and hire monsters to protect the planet from other players. Or take your sword and use a magic ship to raid other planets.

Challenge other players and dive into the brand new MOBA World. Control a hero in real-time during 3vs3 Arena battles! Your team is waiting for you! Create your guild and find allies. Become the best and lead your guild to victory.

UnnyWorld is a brand new game. We love our players and care about your opinion. Please share with us your ideas and emotions, and together we will bring UnnyWorld to the new eSports level.

Thanks for voting and helping UnnyWorld on it's quest to become the 2021 Indie of the Year. You are now in with a chance to score some free games. Help this game secure more votes by embedding the widget (or link) we have included below on your favorite sites.

Christmas and the New Year's Eve are coming, and we've prepared some updates and news for you.

1) Uniting the Servers.
We made a huge mistake creating too many servers, which in result divided all players and ruined Match Making system, making you to play with bots.

2) Chat rooms.
We' closed half of the chat room because of the same reason. We want to unite all players, increase the audience and only when we have many-many users we'll be adding new chat rooms and servers.

3) Global Statistics.
It's going to be changed. Instead of keeping the data for 1 month, it'll store only the data for the last 2 weeks. Every new day the oldest data will be removed and the data of the current day will be added.
Because of the transfer we need to clear the statistics, but don't worry - we'll announce the last leaders and send them all gifts. 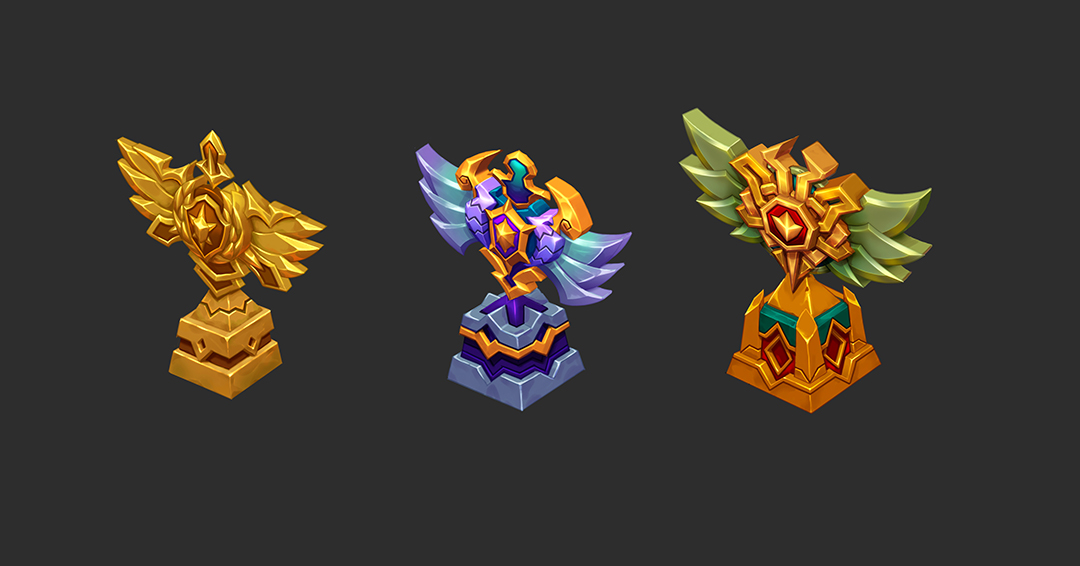 Many players were really active and they were playing really good.
We are going to close the season by giving the rewards to players depending on their league and scores.

Players who are at least in a Gold League will get a unique Statue to put on the Planet. There is no other way to get this Statue, so you will be very proud of yourself! Besides of that, we'll give other rewards like badges, resources, etc.

5) The Second Tournament.
We're going to announce the Second Tournament in January 2018 and all players will be able to apply. Players, who close this season in Platinum and Champions Leagues have higher changes to participate in the Tournament! So are you ready? It's high time to start preparing!

All buildings will have upgrades to lvl 10. We are going to adjust the style of the buildings to Hi-Tech, which all heroes have as skins.

7) Your feedback is appreciated.
We got tons of feedback from players about leagues system, invasions, spells, guilds, etc. We are going to work on all of that in the next updates. Thank you guys for sharing your opinion.

8) Are you a streamer?
We've prepared a very interesting offer for all Streamers. First of all, we are launching the payment system on Twitch, so if some of your fans make a purchase during your stream, you'll be getting 5% of the payment.

If you have big enough audience, we can create a personal Promocode for you. When a player uses that promocode, he will get a really great deal (Much better than anything else in the in-game shop). For each sale you will get 30% of the price! The catch is only that this deal can be used only once per user.
Just think about that OFFER. Its a Win-Win-Win deal. It’s great for you, for us and for your fans. They will be Thankful to you!

You can apply here: Partners.unnyplay.com

9) Promotions.
Unfortunately, we can't afford huge marketing, but we are starting working on promotions much more actively from now. We'll be also more actively answering your questions.

Dear Players, please be our ambassadors: invite your friends to UnnyWorld and don't stop loving UnnyWorld! ;)

Good day, everyone! We are so sorry for not writing a lot recently. It's only because we're now very focused on the development of UnnyWorld. Anyway...

We're happy to tell you, that UnnyWorld has successfully passed Steam Greenlight. Thanks to your support, feedback and votes we will be available on Steam...

UnnyWorld is on Steam Greenlight.

Vote for UnnyWorld on Steam to see the future of gaming!

This is the installer for UnnyWorld Launcher. Launcher keeps the game up to date, so you don't need to worry about updates.

I love this game! Easy, funny and looks pretty nice.

Very interesting game. Love the idea of little planets that are viewable to all players.

If you want to try it out, it's available on Facebook Gameroom platform on PC:
Apps.facebook.com

Is the game alive?

Yes, the game is alive and even launched in Malaysian Google Play and AppStore markets. Right now we're making some changes and planning to expand to other South Asian countries as our softlaunch plan.

We are more actively add news on our Facebook page:
Facebook.com

Btw, if you want to participate in a closed beta, please go to this page and sigh up: Unnyworld.com and we will send information how to start! :)

If you have any questions, go ahead, ask me here. I'm ready to help.