What happens when two parallel universes occupy the same time and space? A mega big dark energy rips a hole in the universe, of course! Intervene in the frenzy of unbalance. Test your wits in quick combat and puzzles. Fight your enemies and make your way to destroying the dark energy, and returning everything to it's rightful ways. Upgrade your vehicle's stats. Equip and combine from many different abilities, both to your ship, your gun, and missiles. Verge off the beaten path, to gain different storylines, bonuses, and unlockables. Do you have what it takes to put the universe back into balance? 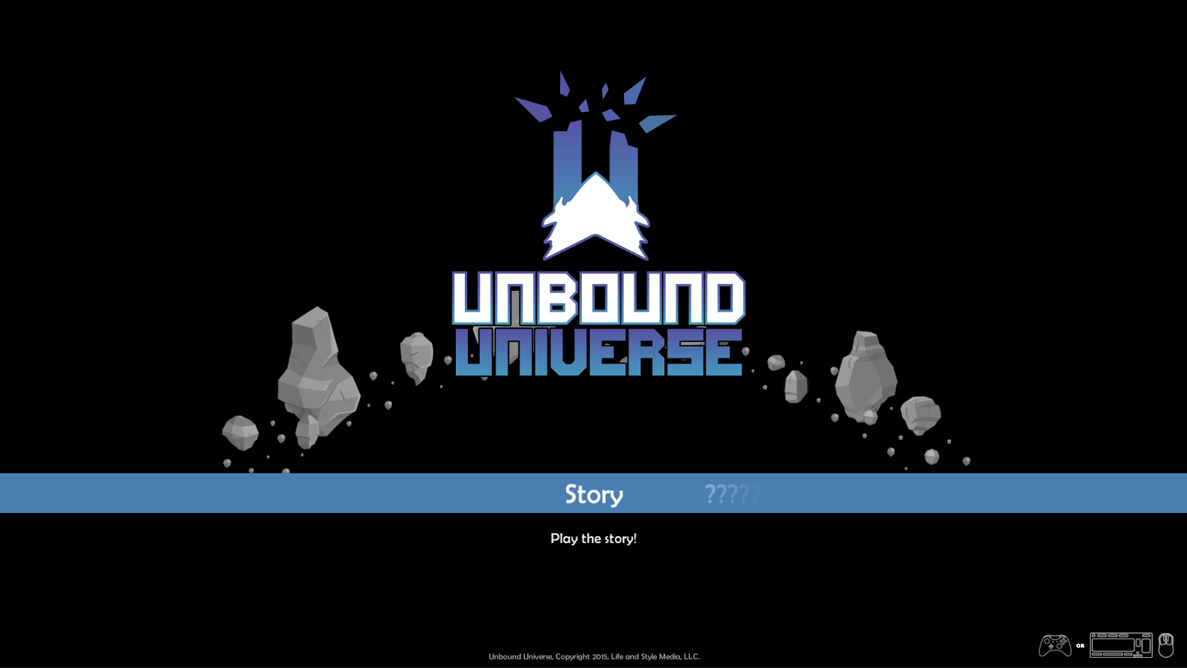 Demos are coming! I wanted to figure out a way to get people more involved, as there is nothing more motivating than actually gaining 1 to 1 feedback with potential fans of the game. Not just that, but I believe it will impact it's development in a lot of ways. Keep in mind though, this is still only Pre-Alpha release 0.2.0. Therefore, you won't see too many crazy mechanics right away.

Not all control inputs have been tested, but it is setup so you can use an Xbox 360, Xbox One, PS4, or Keyboard/Mouse combo (I've only tested Xbox360 and Keyboard/Mouse). There is no binding, but that will be in a future release. Any control scheme can be switched between at any time, and you will see in the menu's that the button guide will fade directly into the currently pressed controller input. No need to go into a menu and switch anything to use a different device.

There will be a release for PC, MAC, and Linux every time. I do not own a machine that has Linux on it, so I am expecting the community to give me a hand on this one, until I can afford to buy a PC to use with Linux.

Gameplay (Where it's at now)

Right now I have the menu working, with the ability to create a new ship for story mode. This ship eventually would be useable in all other modes, using all save data, including abilities and upgrades. When you create a new character, or load one you already made, you will be taken directly to the gameplay mode. Normally there would be some sort of intro story animations, and a map, but I'm not there yet! I'm focusing on the gameplay itself first and foremost.

***WARNING*** Any of your games save data may be deleted at any time upon updating to the newest versions. Code changes are necessary in the early phase, and some things would be missing from the old files. Right now there would be zero impact, as you can't actually unlock anything yet, or upgrade your ship.

Expect a first release, no later than Friday, September 4th.

Here you can see all the current implemented and future plans for the games development.