The TRI Beta is out today. We now have 16 levels - each more beauti-weird than the other. Ready to keep you busy for around eight hours in our spaces of gravity-madness and color.

Posted by rottenhedgehog on Mar 5th, 2014 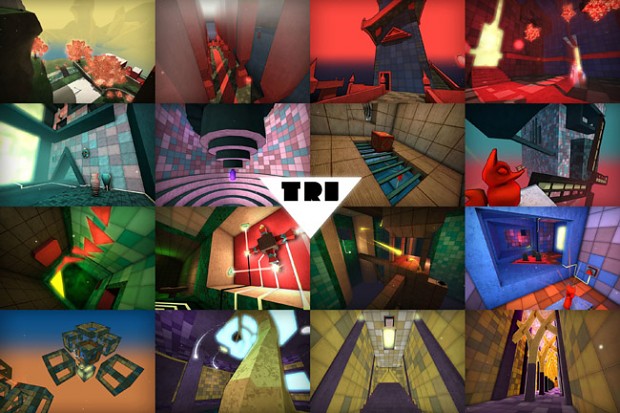 The last months really were a blast. I think for the first time of the development of TRI we managed to stick to our schedules.

After a lot of work and headaches to create the final levels, we now have 16 of them - each more beauti-weird than the other. Ready to keep you busy for around eight hours in our spaces of gravity-madness and color. 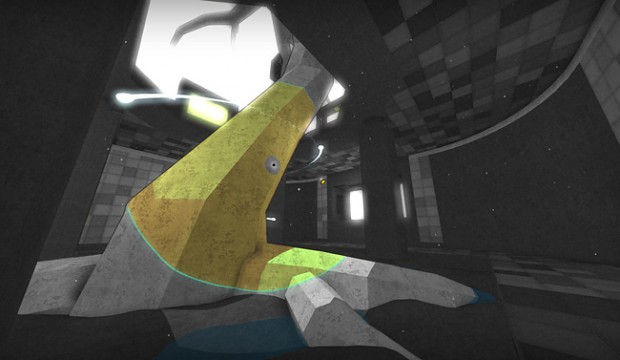 If you want to have a look at the new content check your favourite platforms to get the latest version!

Since September we were climbing the steep mountain of Greenlight. After swiftly getting the first 65% ("To the Top 100") we somehow camped in the stormy regions of 70%, took some steps upwards whenever a new batch got greenlit and fell back when we didn't manage to loudly beat the drums for people to recognize us there. But in February we finally reached more than 90%, also through the help of HOCGaming, who did a bunch of Twitch.tv sessions with TRI.

At February the 19th we completely skipped the Top 100 and got greenlit by Steam! We are so very happy and want to thank everybody who supported us on this way!

Because the release date is crawling nearer and nearer (and won't slip through our fingers that easily like it did before), we decided to create a little series of stories that led to the creation of TRI. Have a look at the first episode, in which we talk about the beginning with the Ludum Dare #20 version.

The upcoming month are going to be very stressful AND exciting. TRI will be presented in the Leftfield Collection of the EGX Rezzed in Birmingham from March, 28th-30th and we are going to attend the A Maze in Berlin from April, 9th-11th. It would be cool to see you there, as it is an truly amazing event for indie game developers and gamers alike.

In the meantime we will be working on the characters, animations, cut scenes, sounds, voice overs and polish, polish, polish. So, stay tuned and if you played the beta, we would love to hear your feedback, of course.