Indie game, Tomato World 2, is a fast and hard side scrolling plateformer with retro design.

The game is free on stores (Android & IOS) 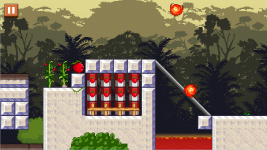 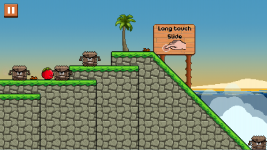 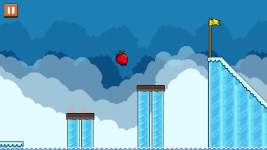 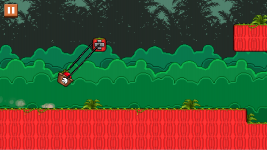 The gameplay is really simple, just one control, Tap the screen to Jump.
To speed things up, we created acceleraters, slopes, ropes, springboard and power-ups such as wing-box and frog-box.

I"m a french developer/graphic designer & sometimes "music composer", trying to make a living creating what I like the most : game !

To promote Tomato World 2 and grow its popularity (top games), use the embed code provided on your homepage, blog, forums and elsewhere you desire. Or try our widget.

Si Kancil is a 2D Puzzle Platformer with interesting puzzle to solve with Good Graphics.

In this 2d sandbox game, you can explore your very own world ranging from small to massive in size. You can build structures from the resources around...

Aritana and the Harpy's Feather

A tribe of brave warriors lies deep inside the forest. Tabata, the Chieftain, is terribly sick and Raoni, the Wiseman, is taking care of him. A powerful...

Codename: Nuclear is an action platformer adventure where you play as Narf, a young physicist that finds a job in a far-away island: Dominia. It's his...

Semblante is a project made during the Global Game Jam 2010 in 48 hours and redesigned for the Independent Games Festival 2011. You control Jung, a character...