Equipped with a flamethrower, progress many levels as you explore lands, torch trees to the ground, surf on lily pads, and set your enemies ablaze. Collect gems, purchase upgrades, discover secrets and characters on your journey across the world of Toad On Fire.

It's been far too long since my last update, but I have put a lot of work into the game since then. Some notable items include an additional boss, a new move that can launch you head first into your enemies, and progress on the sky levels.

It's been far too long since my last update, but I have put a lot of work into the game since then. Here are some notable items.

Checkout the gif below:

So far I have four bosses. I'm hoping to have a total of five for the finished game.

I call it the cannonball:

I added this move because I wanted some sort of trade-off between attack types. Rather than simply adding a more powerful weapon, this one gives you a meaningful choice: powerful cannonball attack but you change your position closer to the enemy, or stay back and fire as usual. It also offers a different traveling speed which allows for a more dynamic experience across the board.

Well...actually it's one I've been working on for a long time. It's the sky levels where you fly around on your jetpack, exploring the tropopause, stratosphere, etc.: 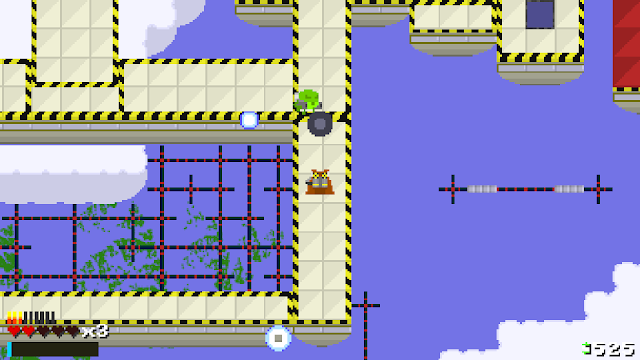 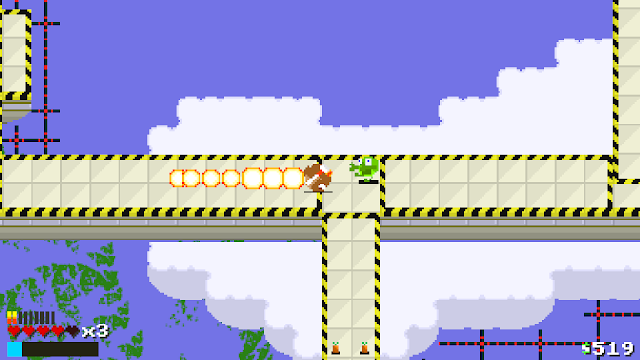 Looking very good! I like the tile set in the last screenshots. The particle effects look pretty good as well. For some reason the cannonball move is very visually rewarding to watch. Good luck on everything!

Awesome! Thanks for the feedback.