The Gameplay is relatively easy: You are an alien that has to gather a certain number of keys in a certain sequence in order to get to the next level. Every level is time elapsing from 3-5 min per level. All the levels are basically on the same platform, the only difference is that the platforms are moving up and down and as You advance in the game it will be harder and harder because the higher levels will have certain paths which You must go on the and rest will be lava. There will be lasers as shown in the teaser and an AI which will follow you and try to kill you. The character will be able to generate a shield to protect himself from the lasers, but it will a certain amount of fuel to generate it and it will regenerate slower. there will also be power-ups like walk on lava for a few seconds and extra lives. 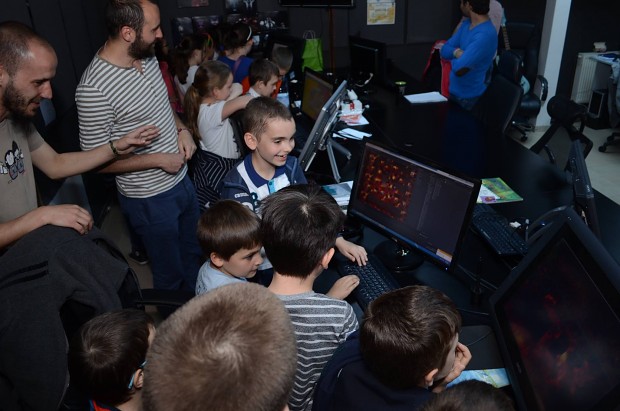