THE STORY: SAVE THE HUMAN RACE (in development, more to come with the following updates)

A plague is consuming humankind. Civilization faces extinction. As a time-travelling scientist, you must go back to the Jurassic and face dinosaurs whose DNA holds the key to our survival. Pilot your time machine through prehistoric oceans, into an ecosystem teeming with ancient creatures. Navigate a dangerous food chain, tracking, probing, scanning and baiting these beasts, and save the human race.

THE EXPERIENCE: IMMERSIVE EXPLORATION OF THE JURASSIC

STORY MODE (in development, more to come with the following updates)

You begin your journey inside your mission hub, in Svalbard, Norway. It shelters your time machine and comes equipped with the DinoDex, a depository of the information you will collect from the prehistoric creatures you encounter. Every time you return to Svalbard with new discoveries, upload them to the DinoDex to unlock crucial data and dinos. This will help you find the cure to the epidemic devastating humankind.

Travel to the treacherous oceans of prehistory, where dakosaurus, pliosaurus, and mosasaurus, among others, roam the deep. Use your high-tech equipment to track, probe, and scan these beasts, extracting the information you need. Bait dinosaurs to turn risky situations to your advantage. Freeze time and perform dangerous close-up echography as you strive to fulfill your mission. Take unique live snapshots of dinos in action with Behavior Scan.

EXPLORATION MODE (in development, with expansion to come)

Revisit completed levels and unlock crucial intelligence about the Jurassic-era creatures you have faced. Then, follow these clues to uncover the key to humankind’s survival. Exploration mode still requires a lot of development, but we plan on expanding it with every major update.

Have your say: talk with our dev team and take part in the development of Time Machine VR when you buy it on Early Access!

Thanks for voting and helping Time Machine VR on it's quest to become the 2021 Indie of the Year. You are now in with a chance to score some free games. Help this game secure more votes by embedding the widget (or link) we have included below on your favorite sites.

Though it has been available on Steam Early Access for some months, a new trailer for Time Machine VR reveals its launch date of April this year, alongside the Oculus Rift and HTC Vive.

The trailer also gives some insight into the story behind this first-person, exploration-heavy VR experience. Sent back in time to the prehistoric era, you must search for clues hidden in the past that may present a solution to a deadly virus that is spreading across the world in the present. 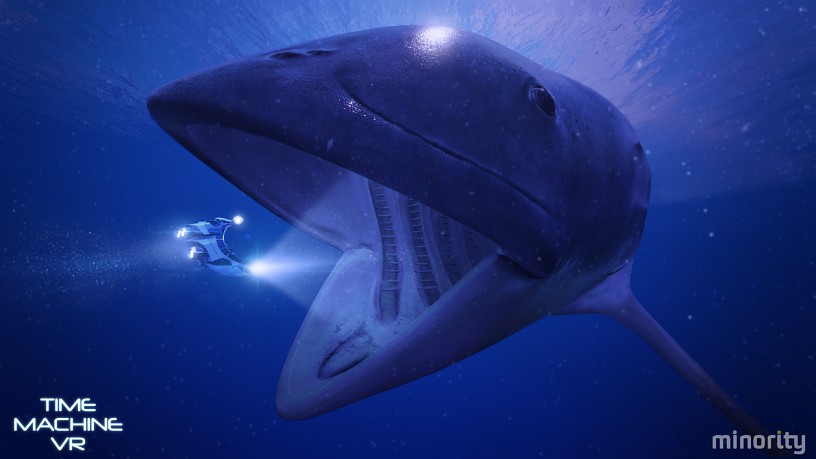 To do this, you pilot your time machine - which can fly, and travel underwater - close to as many dinosaurs as possible so that you can scan their DNA. You'll also need to pay attention to the prehistoric food chain, and use bait as a distraction in case one of the hungry, hungry dinos decides you're looking particularly edible.

The developer, Minority Media - creator of emotional indie title Papo y Yo - adds that, though the Rift and Vive editions will launch in April, a PlayStation VR version is also planned for later in the year. 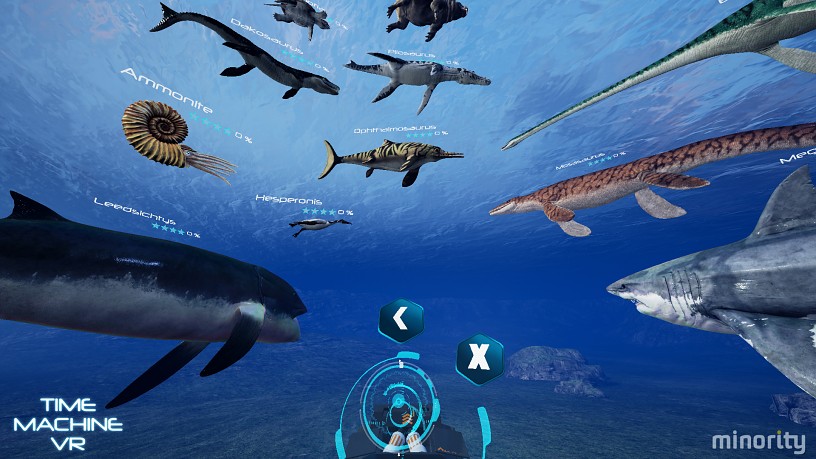