The Westport Independent is a censorship simulator about the last weeks on an independent newspaper which is to be dismantled according to a new government bill. You play an editor in charge of choosing what will be printed in the paper, making sure that the content is nice and proper according to the government guidelines. With rebellions against the government rising slowly amongst the public, whose thruth will you print?

And introduction to the city that The Westport Independent will take place in. It's a bit of a rowdy place, but we hope you'll enjoy your stay!

Introducing the city of Westport

Welcome to the city of Westport. A city of love and hate, wealth and poverty, lawfulness and criminality. A home for liars, politicians and rioters. A place where everyone has a home, be it the finest of gents or the lowest of rats. It’s in this city that The Westport Independent takes place. As part of the mass media, the people of Westport will look to you for the truth. And that’s what you’ll give them - Though it might be a slightly altered version of it.

The city of Westport is essentially divided in four different parts; The Northern suburbs, the Western districts, the Southern docks and the Eastern factories. The standards of living in Westport differs quite a lot depending on what part of the city you’re in, and so does the interests and political alignment of those living there. This means that depending on what you choose to print, the sales of the paper will be affected in the different parts of the city. 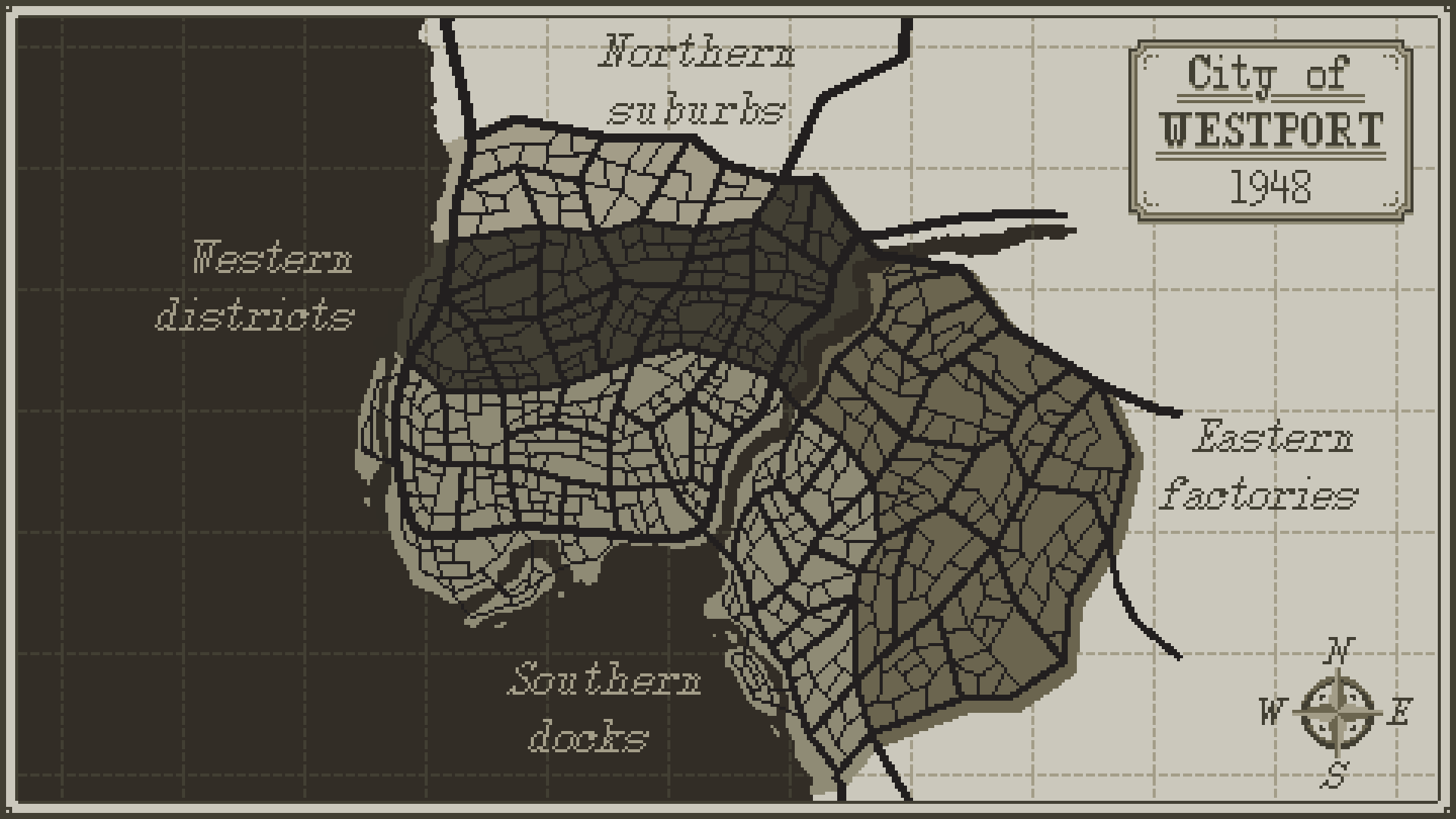 The Northern suburbs (around 1% of the population)

The Western districts (around 12% of the population)

The Eastern factories (around 36% of the population)

The Eastern factories is without a doubt the dirtiest part of Westport. Functioning as the center for the majority of Westport’s various industries, the Eastern factories are loud and filled to the brim with smog. The standards of living here is not much to cheer for, but almost everyone has the ability to provide for their families by working in one of the factories.

The Southern docks (around 51% of the population)

While the Eastern factories is the dirtiest part of Westport, the Southern docks is by far the most run down. Most people living here have difficulties keeping a roof over their head, and a few don’t even have a roof to loose. The unemployment rate here is high, and the inhabitant’s attitude towards the government reflects that fact. Despite the run down appearance of the Southern docks, it harbors most of Westport’s population. 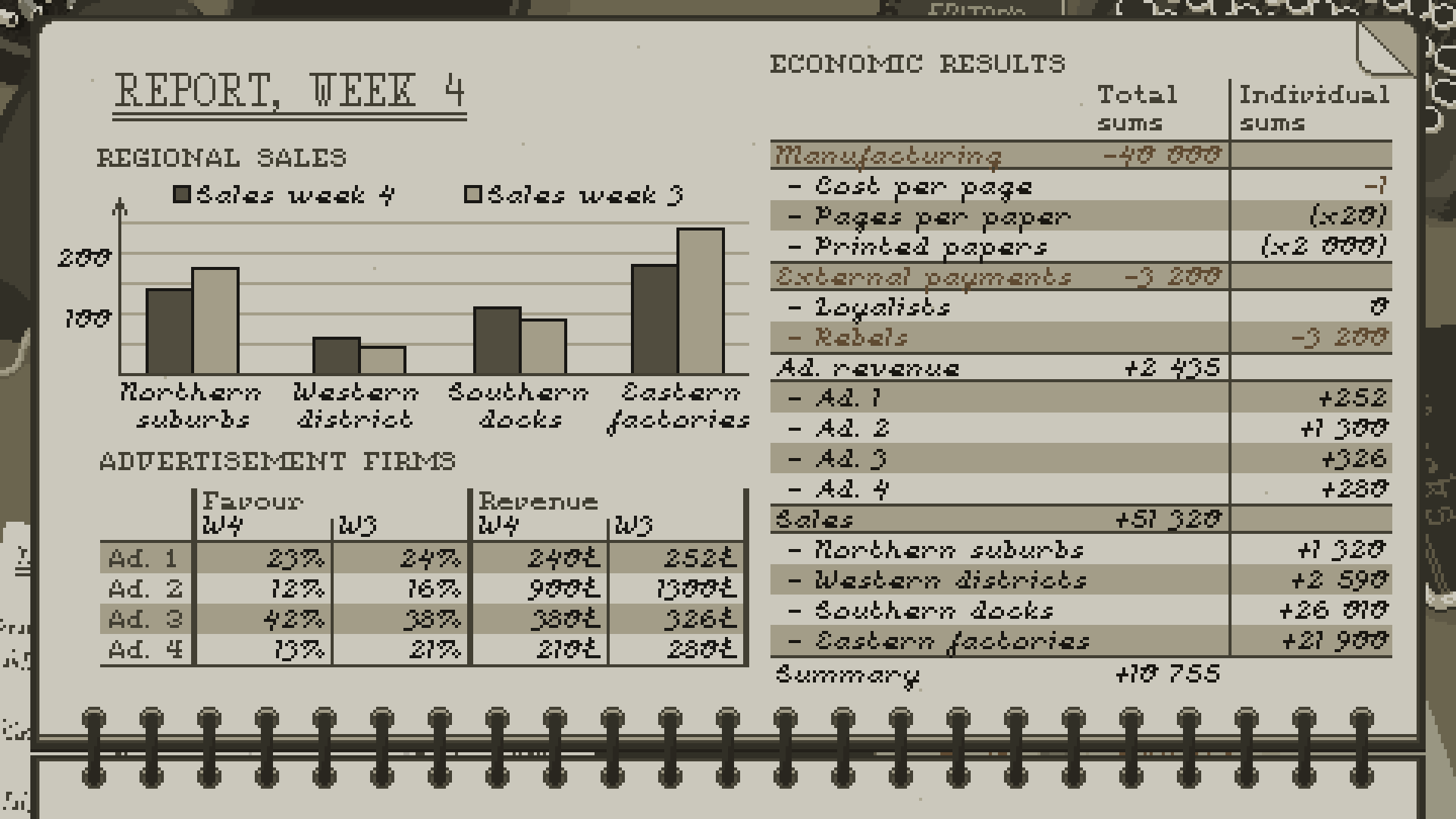 The weekly reports will show the sales form each district. (Click for full size)

Why divide the city in different parts?

In The Westport Independent, the different parts of the city will have different preferences when it comes to the articles you print. For an example, the Northern suburbs enjoy gossip and news about economics and industries, while the Southern docks are interested in societal news, such as governmental activities or new laws and regulations. Different parts of town also have their own opinion of the government, meaning that your political opinion will also affect your sales.