The War of the Worlds: Andromeda

We have published demo with first level at Microsoft Windows Store, search as for "Andromeda". "Today, the organization of united nations has ceased to exist. President Lee has abandoned us and we can no longer consider ourselves a united world. It all started the day of emergency, when the Andromedans came out and dragged us. We try to stop them with our nuclear weapons … we burn down our own cities, we killed millions of our own, but the Andromedans continued to appear. Survivors of nuclear weapons attacks wanted nothing to do with an army that sacrificed its citizens. After three years of struggle, we have had to sacrifice even the last strength of humanity: Atlanta. Our weapons extinguished the population of the city, but we have not been able to stop the Andromedan army. The war is not over. " 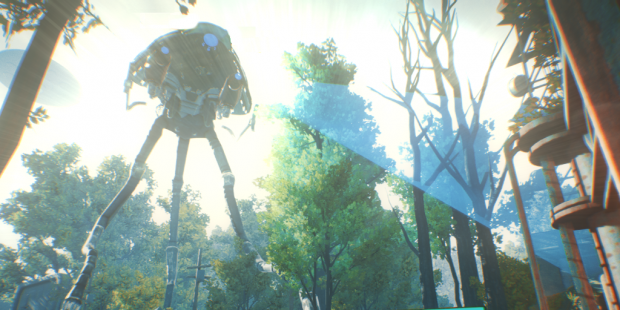