A true-first-person VR game in homage to the classics such as Nethack and Eye of the Beholder, with a focus on survival gameplay.

Storyteller is an immersive audiobook player. It makes a regular audiobook sound like it's being read to you from the storyteller hermit character in his hermit cave. Play one of the included public domain works of H. P. Lovecraft, or play your own by replacing user_audio.ogg in the .exe directory with your own .ogg file (MP3 support planned), and then selecting "User Audio" on the menu.

Using the book-menu system (see below for screenshot examples):

To use the menu, just look at one of the books - text will appear and slowly fade from one color to another to indicate activation time. It takes 4s to select a book. The text will change colors to indicate this. Once an item has been selected in that way, if it's an audiobook title, it will start playing and the menu-book will close. 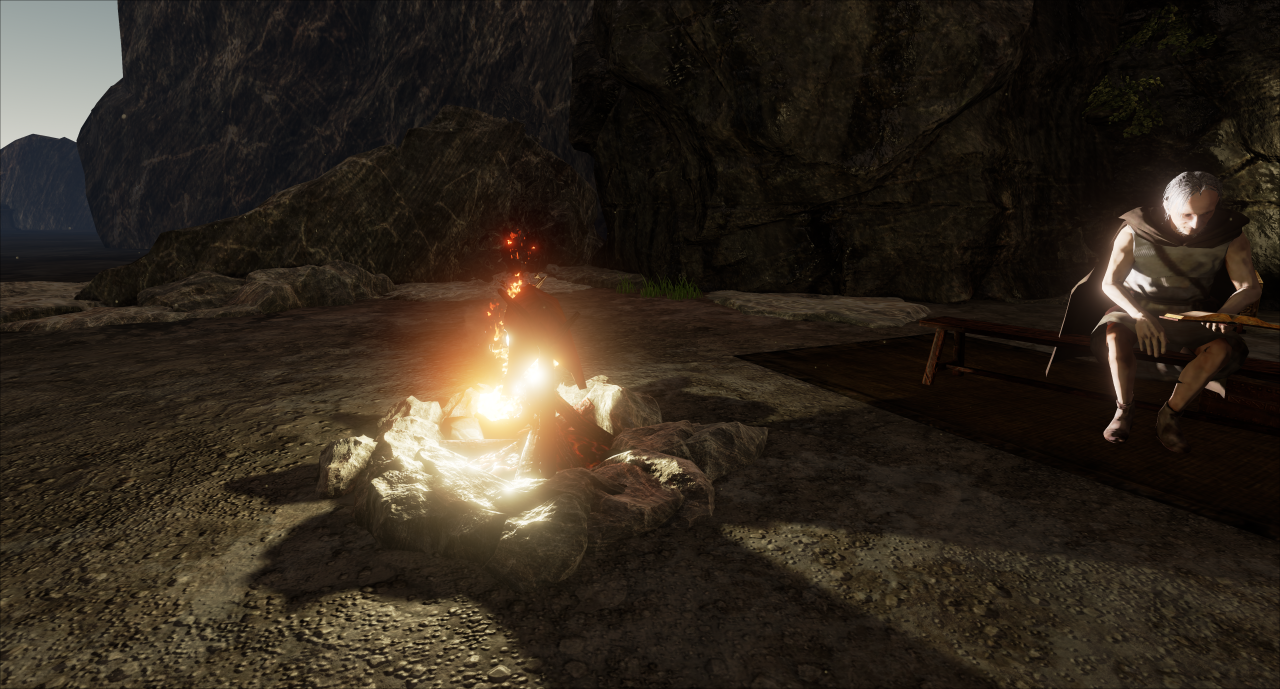 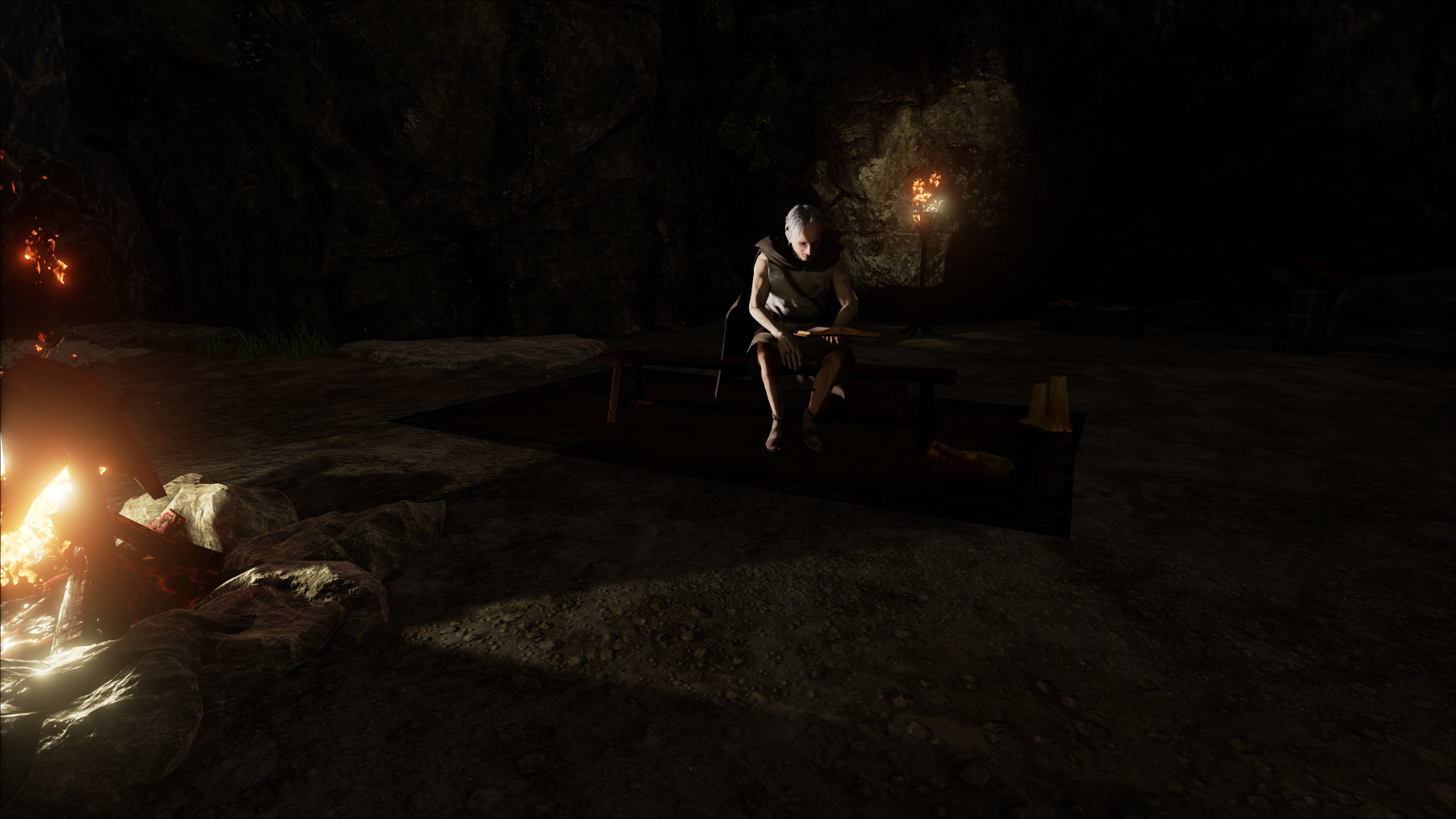 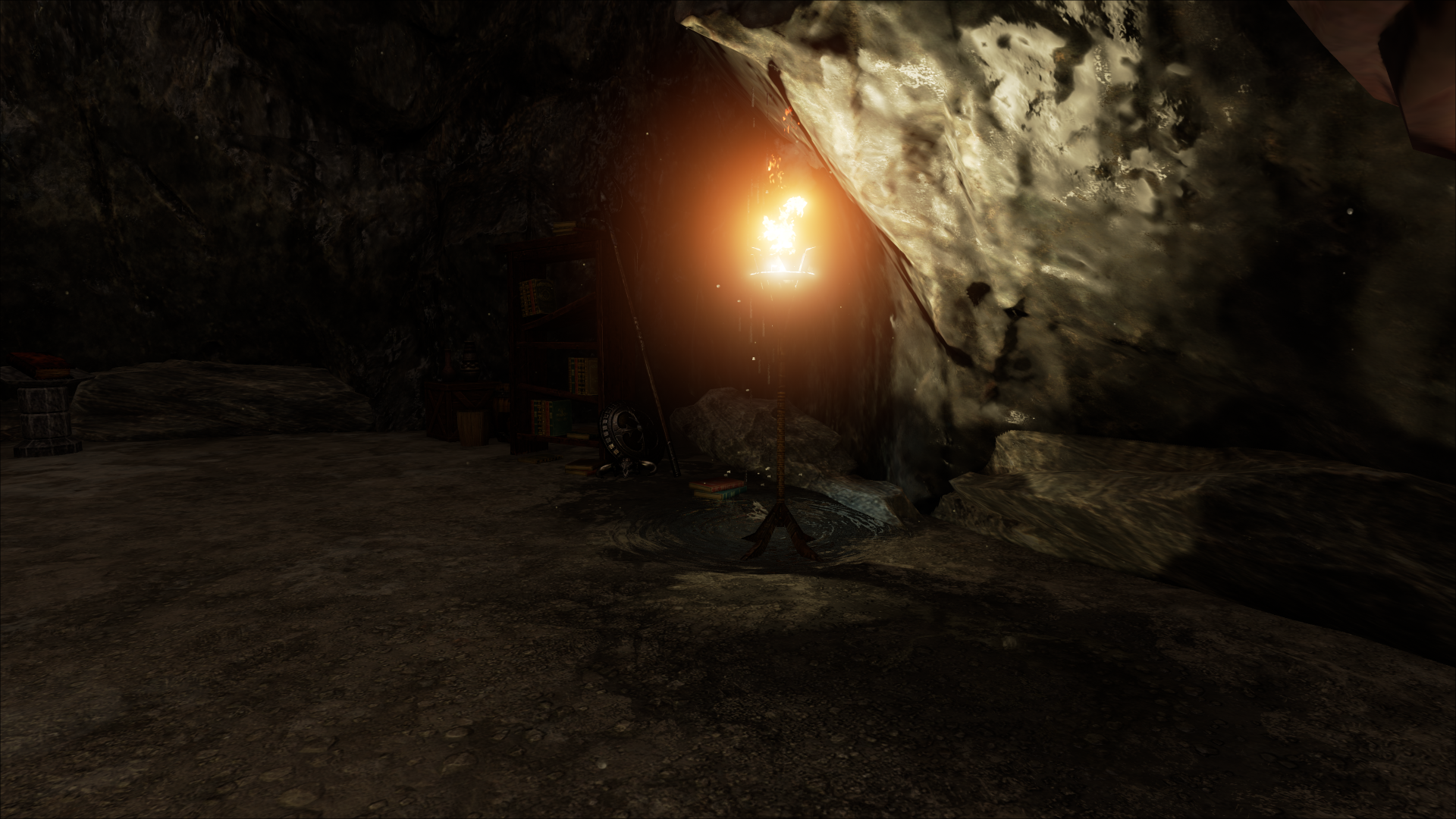