Weapons get damaged when they hit together as a result of a block, or fumbled counterstrikes. Resulting damage checks are based on variety of newly added weapon properties and both attacker's and defender's weapon may get damaged. The force of impact and resulting weapon damage is calculated based on strike velocity, weapon weight, impact area and materials that hit together.

There are robber NPCs wandering around the wilderness. Robbers can be of any culture and usually move in bands of 3-6 people. If encountered, they may try to steal your equipment, but rarely attack right away.

Overpowered by forester robbers, firmly holding the roundshield to block their arrows: 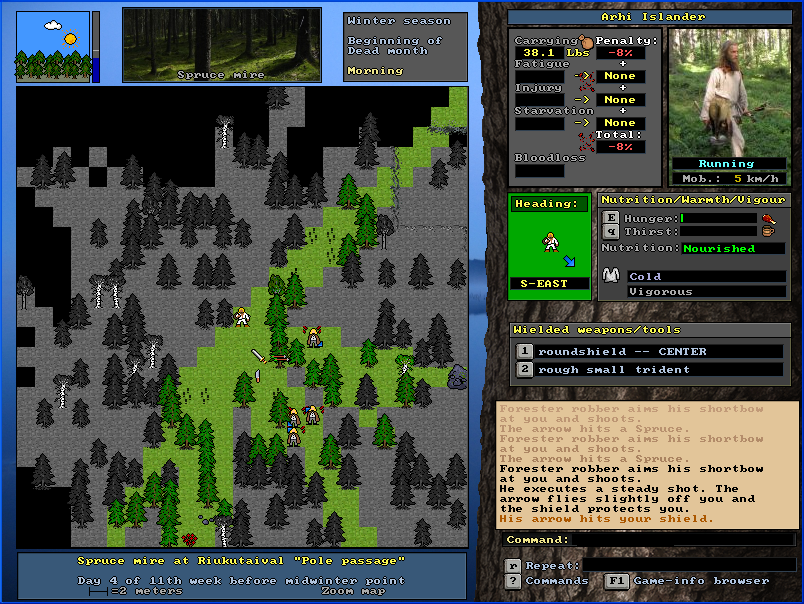 Wider scope of NPC reactions to each others presence

NPCs actively react to presence of other human beings, specifically those of another culture. For now this is mostly notable when Njerpez meet other cultures, but later on the system will be expanded to create cultural conflicts. In a sense variety of NPC reactions gets closer to behaviour repertoire we already have in use with wild animals.

You can move, push or pick up carcasses just like any items and the common item handling commands work for carcasses while they are in your inventory.
There's a new rotting mechanism for carcasses. Scavengers will keep utilizing rotting carcasses, but humans may obtain usable meat and hide only from relatively fresh carcasses. And now carcasses can be burnt - which allows kind of a burial for your dead pets and companions.

Inventory of a happy trapper: 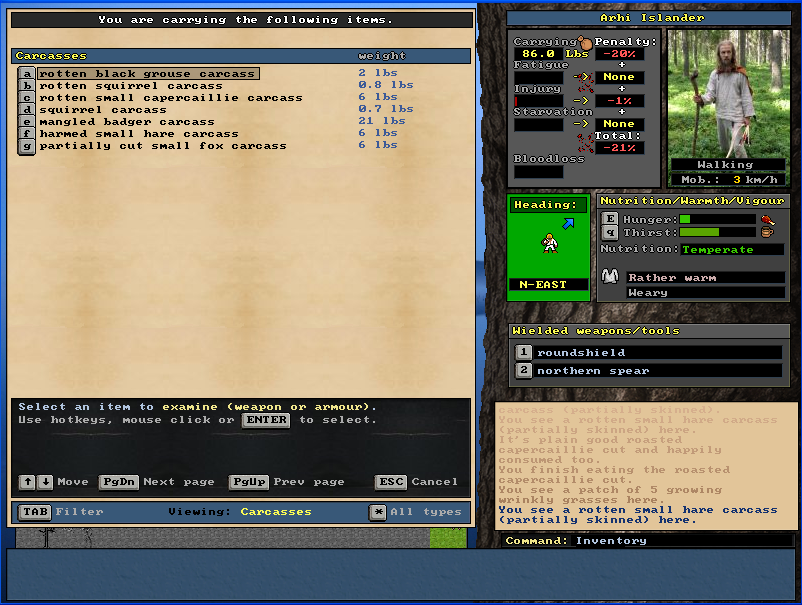 There's quite a convenience boost for non-keyboard jockeys as the burden of memorizing key combinations is eased with automated actions, menus and new configuration options. Movement and rest actions are grouped within one menu and containers handled via single command. Swimming, climbing and opening doors is automatic and configurable. There's also traditional roguelike movement mode added for those who prefer it.