Would you like to participate? Send your own portrait picture for the game. All the portraits submitted before 20th January 2014 will take part in a nice competition set up by one of our players!

One of our players has set up a small competition: You can win a free lifetime membership of Unreal World by submitting a valid portrait picture before 20th January 2014!

Basically, if you have iron-age / viking / medieval -style portrait pictures of yourself, you can send them for the game developer - and see them featured in the coming versions. Some example pictures to get the idea: 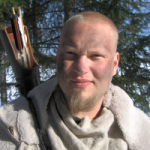 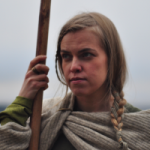 For more info & detail see the official forums at Z3.invisionfree.com

Oh, wait - what does "lifetime membership" mean? Well, before going donation-based The Unreal World RPG used to be share-ware. For a full version you could pay for a single version, major version or for a lifetime license. Now the license system is gone and the game is free to play for everybody - but the lifetime membership is still there! Lifetime members get some extra perks - find out more at Unrealworld.fi