The Republic is under siege, after a crippling war with the Mandalorians, a vast enemy fleet has closed the Republic in on all sides. The Starfighter is a short game set in a galaxy far far away. It's all about developing a small scale open world with strong narrative elements that combines space combat with first person shooting and Deus Ex-style conversational elements.

Posted by michael.evan.allison on Jan 1st, 2022

The Starfighter is a retro homage to Lucasarts era Star Wars.

PRE-ALPHA 2.0 RELEASE
Today we're releasing out 0.2 pre-alpha. It includes most of the core plot and gameplay elements for chapter one (we've got six chapters planned). It's completely playable, but remember, this is still a very early pre-alpha so expect to encounters some bugs. 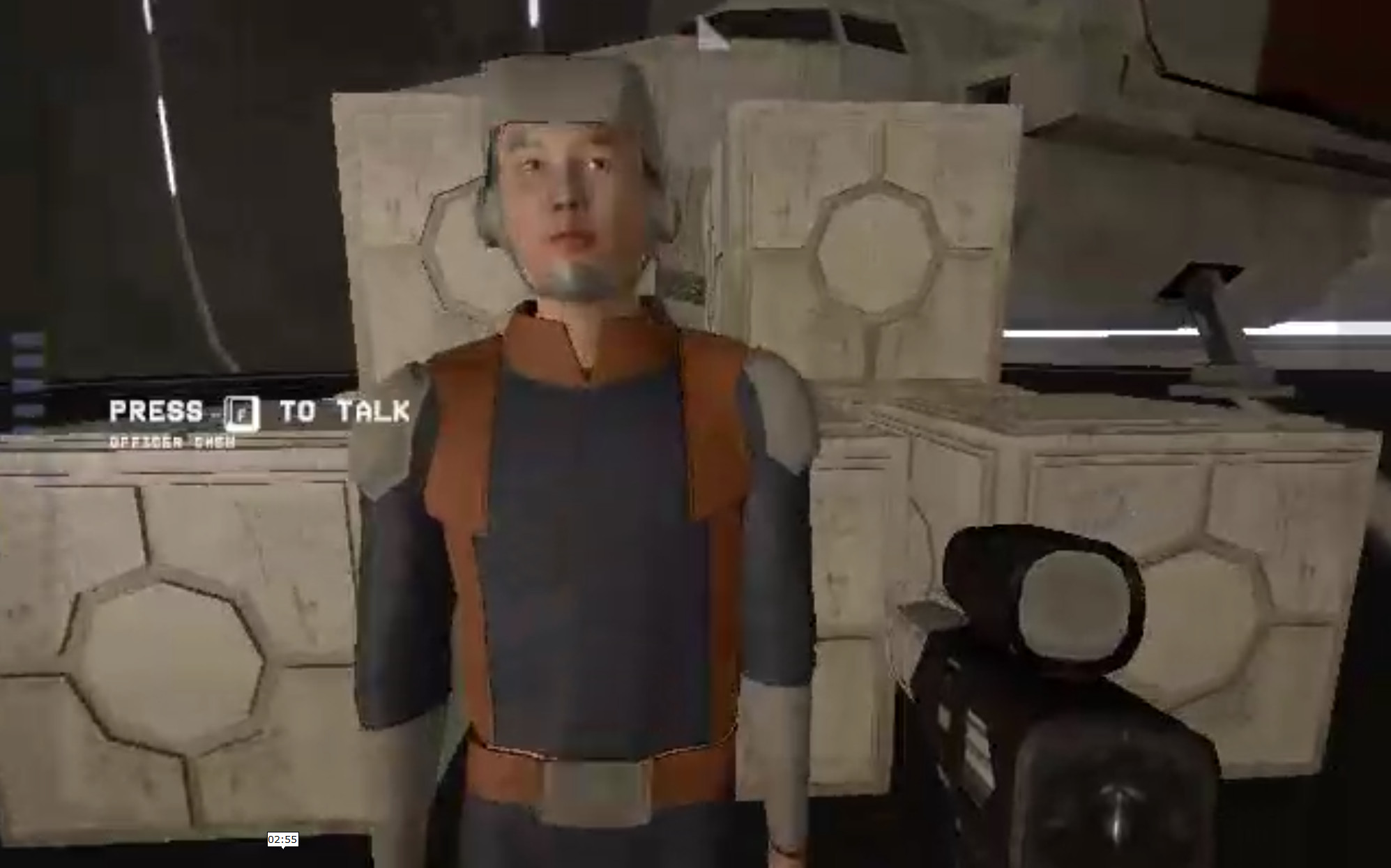 KNOWN BUGS
- The first mission can break if you scan the Defender too early (don't worry you can't do it by accident).
- You should be able to use the arrow keys to select conversation options, if not, try pressing the escape key to release the mouse or just waggle it around till you see an option highlighted.
- You can't currently change the controls (though you can view them and invert your controls). Not really a bug, just hasn't been implemented yet.
- There's a small framerate hiccup during hyperspace. This is a systemic issue and will be fixed in later versions.
- Text is a bit fuzzy on conversation options. 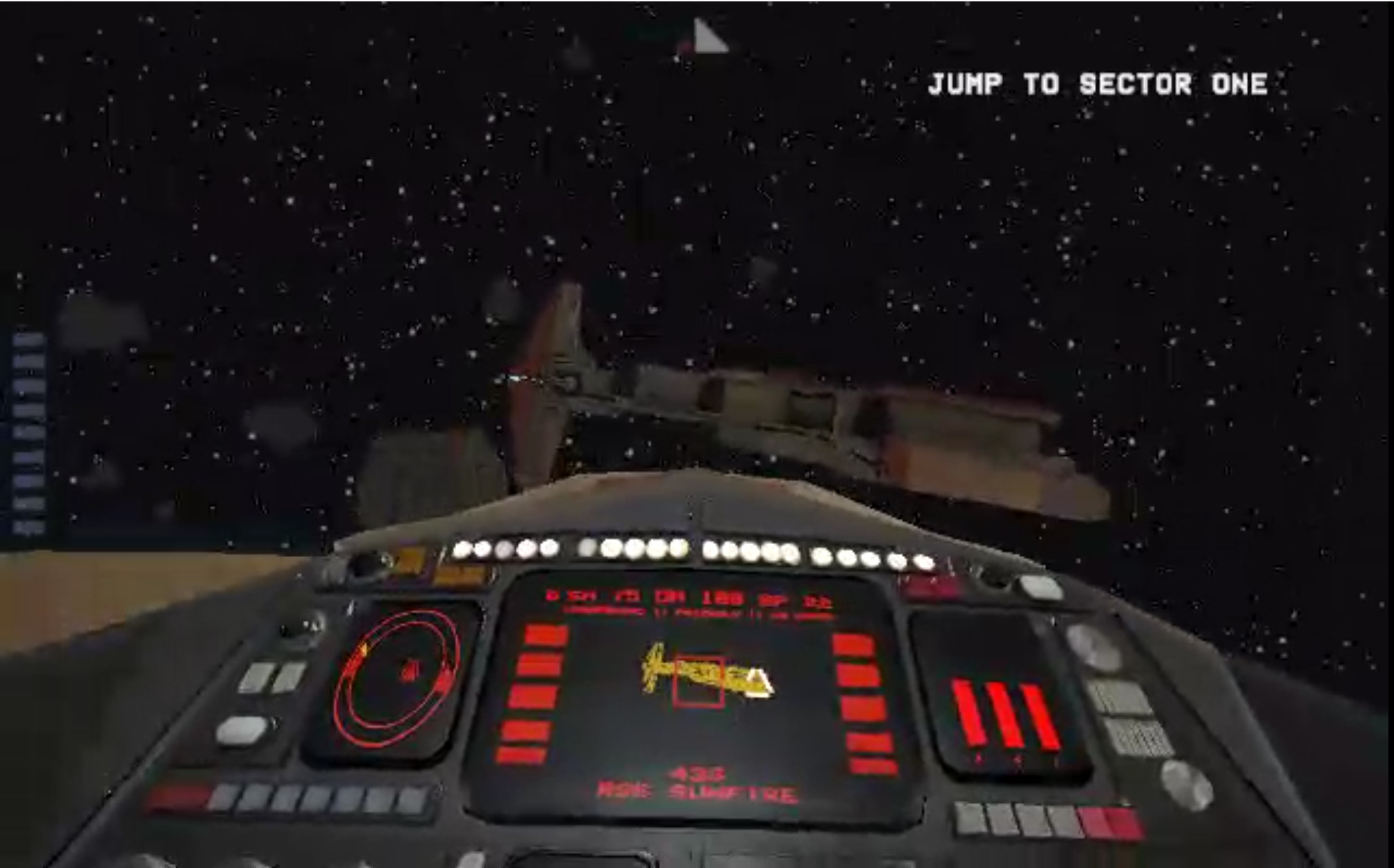 SOME HOT TIPS TO PLAY THE GAME
1. Pressing 1 changes your weapon when you're on the ground. This is important because you probably want something a bit stronger than the standard blaster.
2. The game is made to be played with a mouse, but you can use your controller, but be warned, controller gameplay is still pretty early in it's implementation.
3. At various points you can explore the system you're in. Press N to select your destination, and hold space bar down to jump to Hyperspace. Sometimes the game will deactivate your hyperspace engine, this is because there is something you still need to do in the sector before you leave.
4. Use the right arrow keys to change manage your ships energy. S is for shields, E is for engine, L is for lasers. You can also get a short boost by moving all your energy to the engines and pressing SHIFT.
5. Space combat is pretty straight forward, but for new players remember you'll overshoot an enemy ship if you're travelling too fast. So it's best to slow your ship down in combat, 75 klicks is probably the speed you want to be going. HINT: if you push all your energy to lasers your ships speed will automatically reduce to 75. ;)
6. When in your ship and not in a landing zone use F to cycle through enemy targets and R to cycle through all available targets including neutral and friendly. 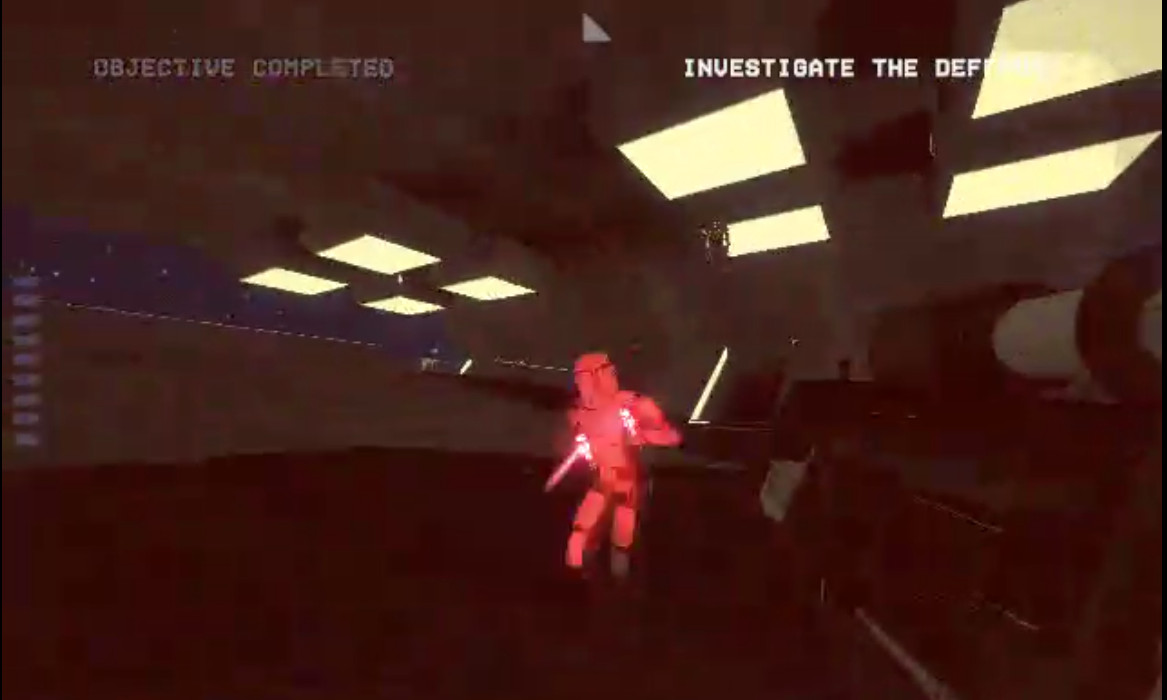 WHERE TO FROM HERE
The next phase of the game is focused on five things:
- Cleaning up the backend especially the event systems and loading.
- Expanding basic gameplay elements (better AI, more scripting power)
- Expanding chapter one to it's full narrative potential
- Slowing increasing the games asset base
- Beginning chapter two

Wow, this is really impressive. I love the idea of being able to walk around and then jump in a ship and fly around. Will it have the ability to walk around the interior of a ship? I feel like many games miss that feature. eg like walking around in the millennium falcon to sit down a play chess in starwars.

Hey, great idea, you can already walk around the interior of a number of ships (mostly just hangar bays at the moment). I don't think there would be anything stopping us building a ship with a millennium falcon like interior, just patience! So we'll see.