We take a brief look into our progress on The Pedestrian.

As you may have noticed, we haven’t been very active with updates about the game. This is something we are trying to remedy and are hoping to post consistent monthly updates to everyone.

If you want more of the day-to-day happenings of our game and the progress being made, head on over to our social media. So without further ado, on to the update.

We completed a new process of rendering the signs to be more efficient and controllable. Instead of each individual prop (Elevator, ladder, door, etc.) being drawn within the 3D scene, they are all rendered offscreen into a texture then shown on a quad in the 3D scenes.

This method has given us greater control over the final look of the signs. When rendering the actual signs offscreen, we draw the separate aspects, background, foreground content and transparency into the RGB color channels of the texture. Once the sign is rendered within the 3D scene, those RGB colors can be sampled and remapped to any color we choose in a shader. Since the entirety of the sign is rendered with a shader, we could very easily extended the current shader or write custom shaders for unique scenarios. 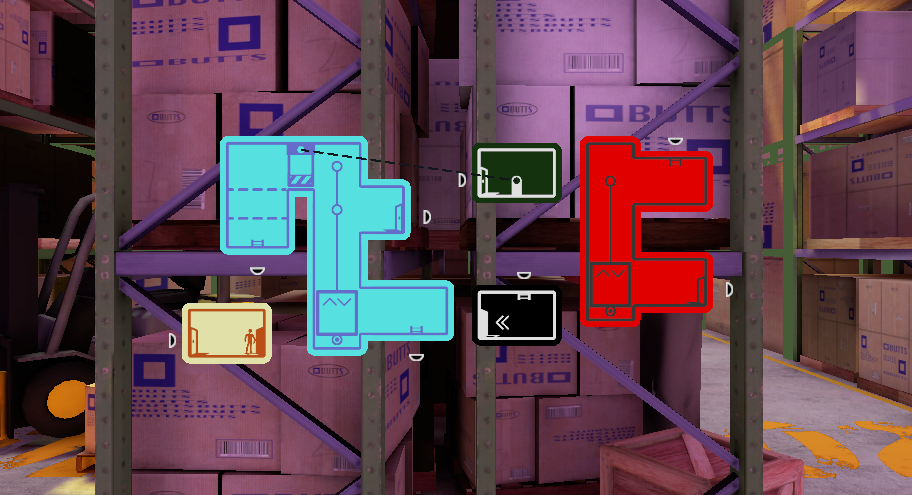 A side effect of displaying signs the old way was poor lightmap quality because of the large scale of our 3D scenes. With the new rendering approach we can decouple the 2D and 3D portions of the game, allowing us to shrink the size of our world objects down. This should make everything play better with the lighting system. 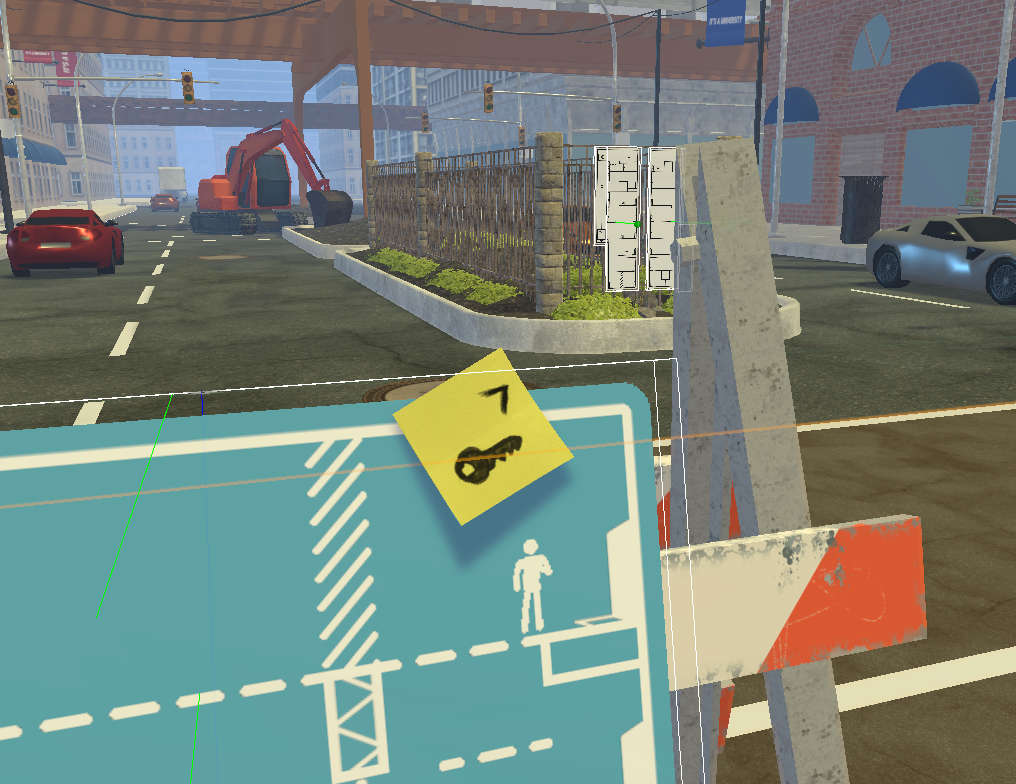 The puzzles and transitions are still being improved. Trying to make them as polished as possible before testing.

We added in a bookstore to the Downtown area and started polishing some of the more underdeveloped sections of the Downtown. 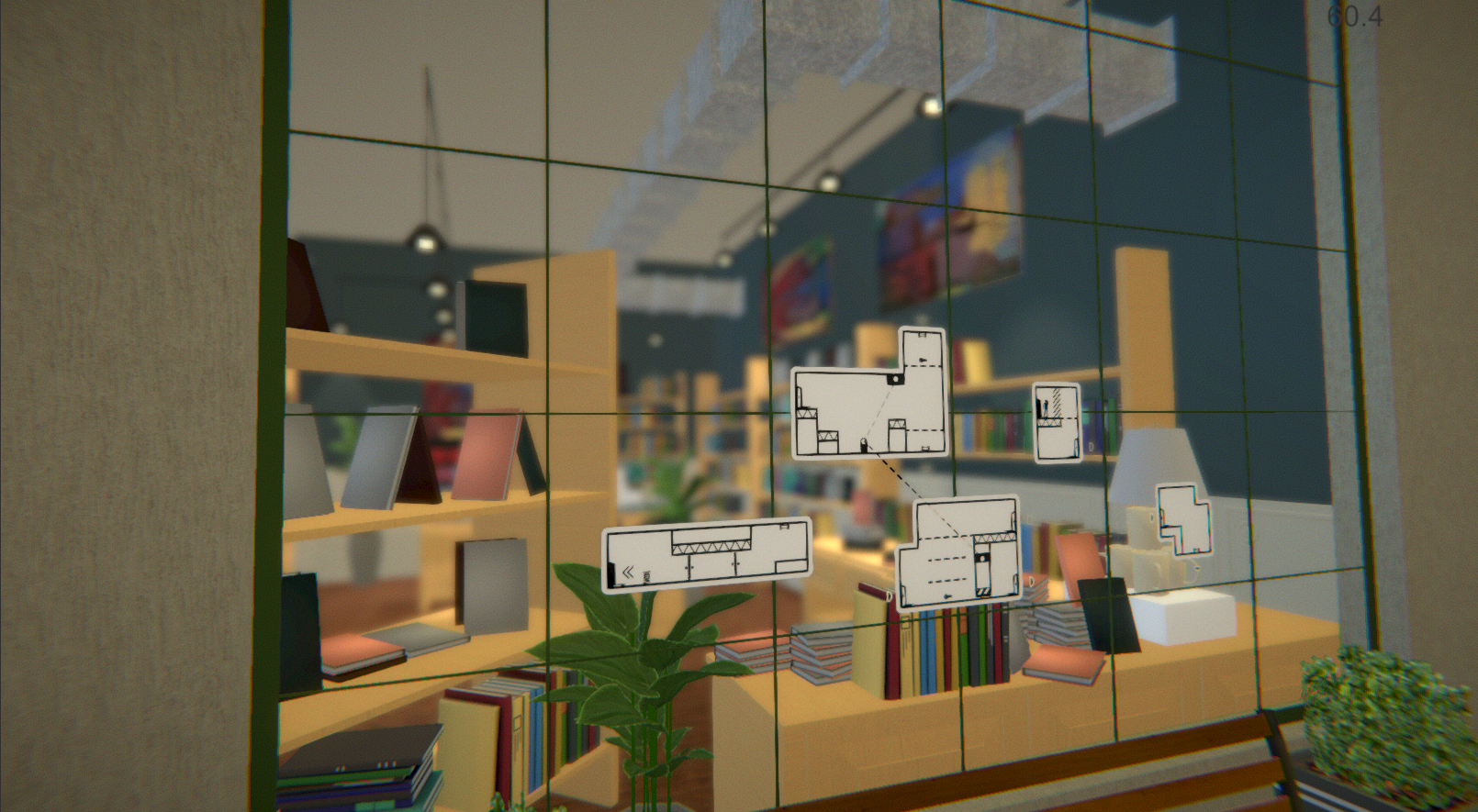 We’ve also changed the center focus of the Downtown puzzles to the street, instead of in the coffee shop. 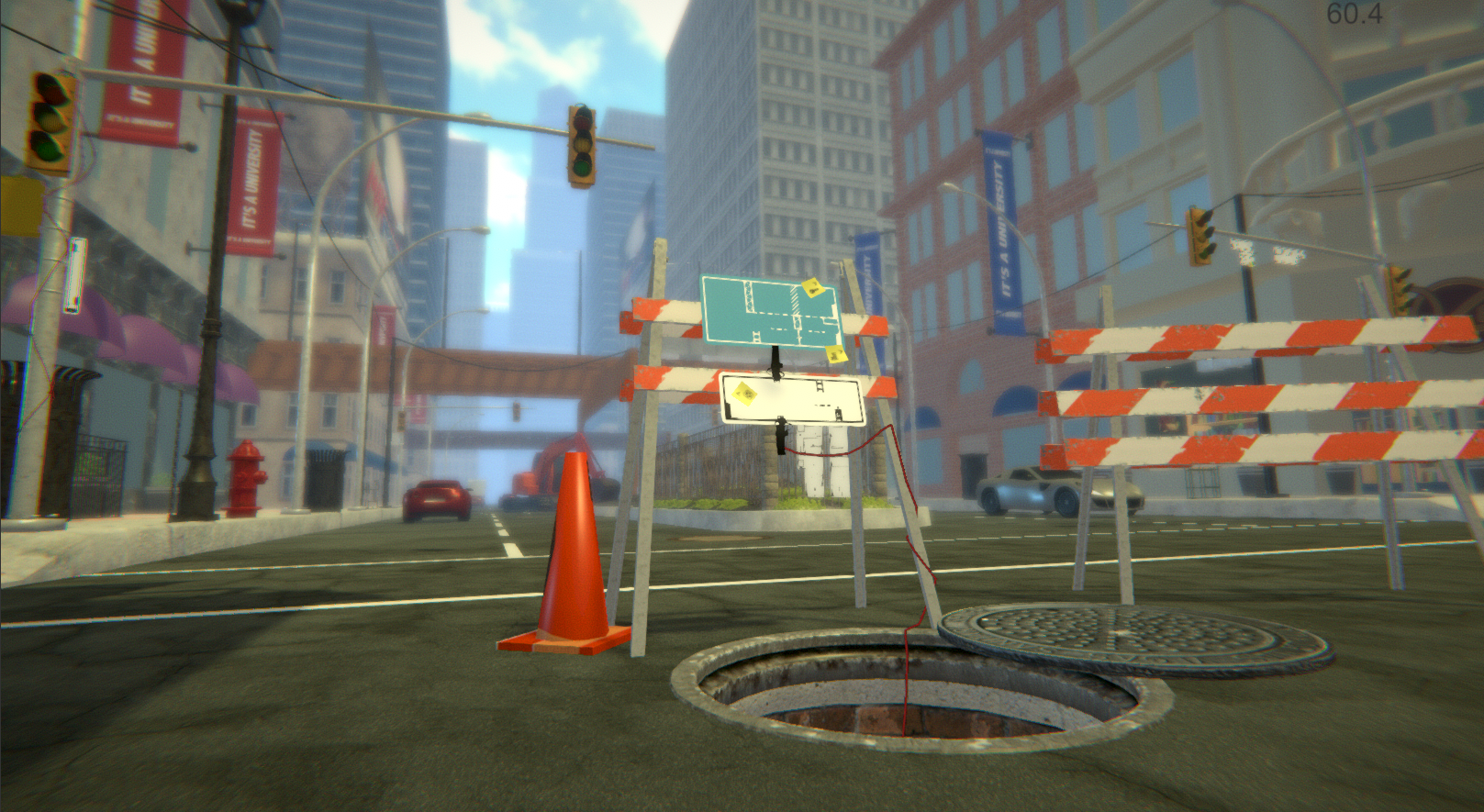 Other tasks have been: Switching around some puzzles in the inner city because of goal confusion. Creating a tool to help animate 3D environment objects quicker and easier. Making some new assets for the city and rooftop areas. 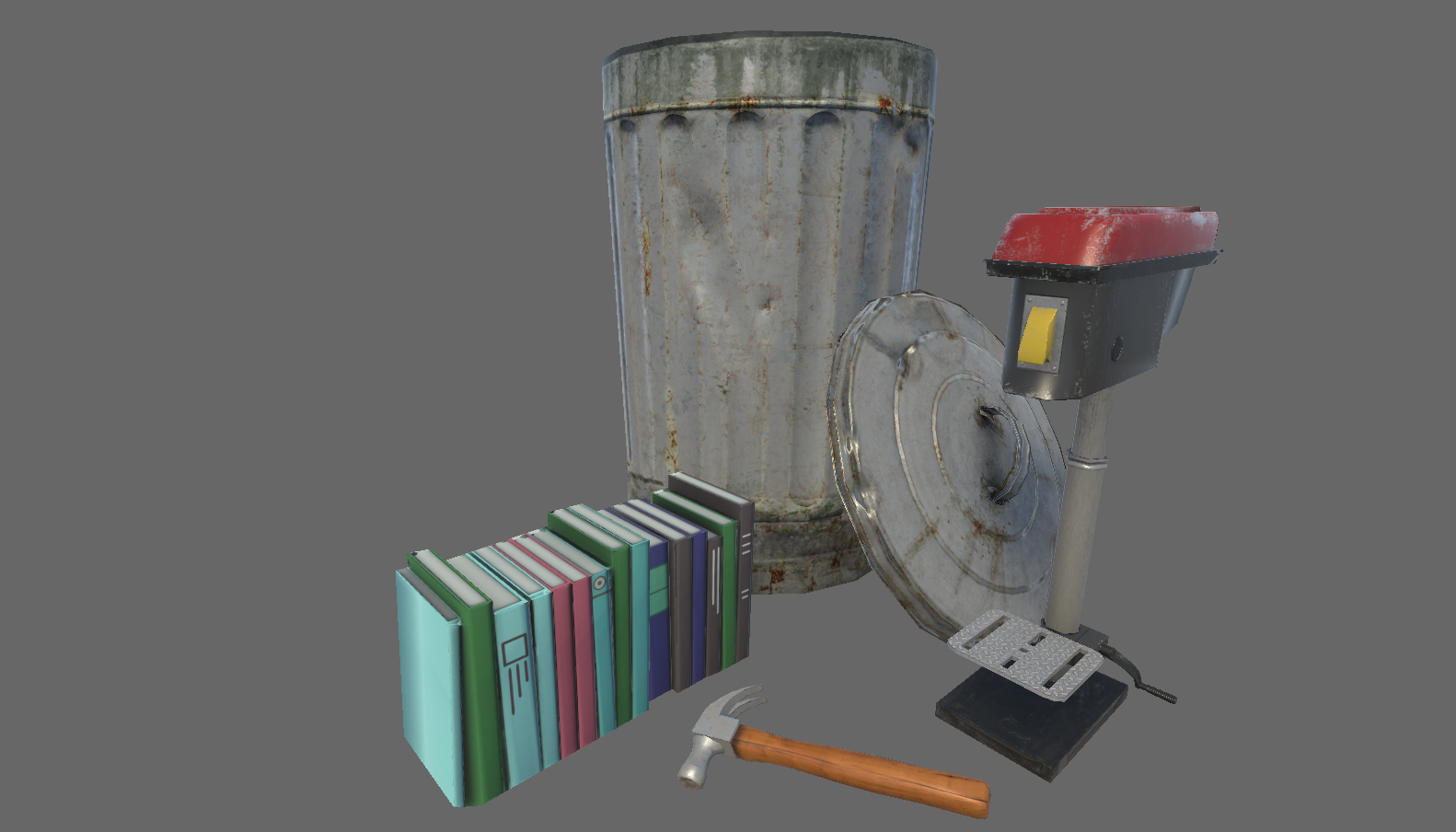 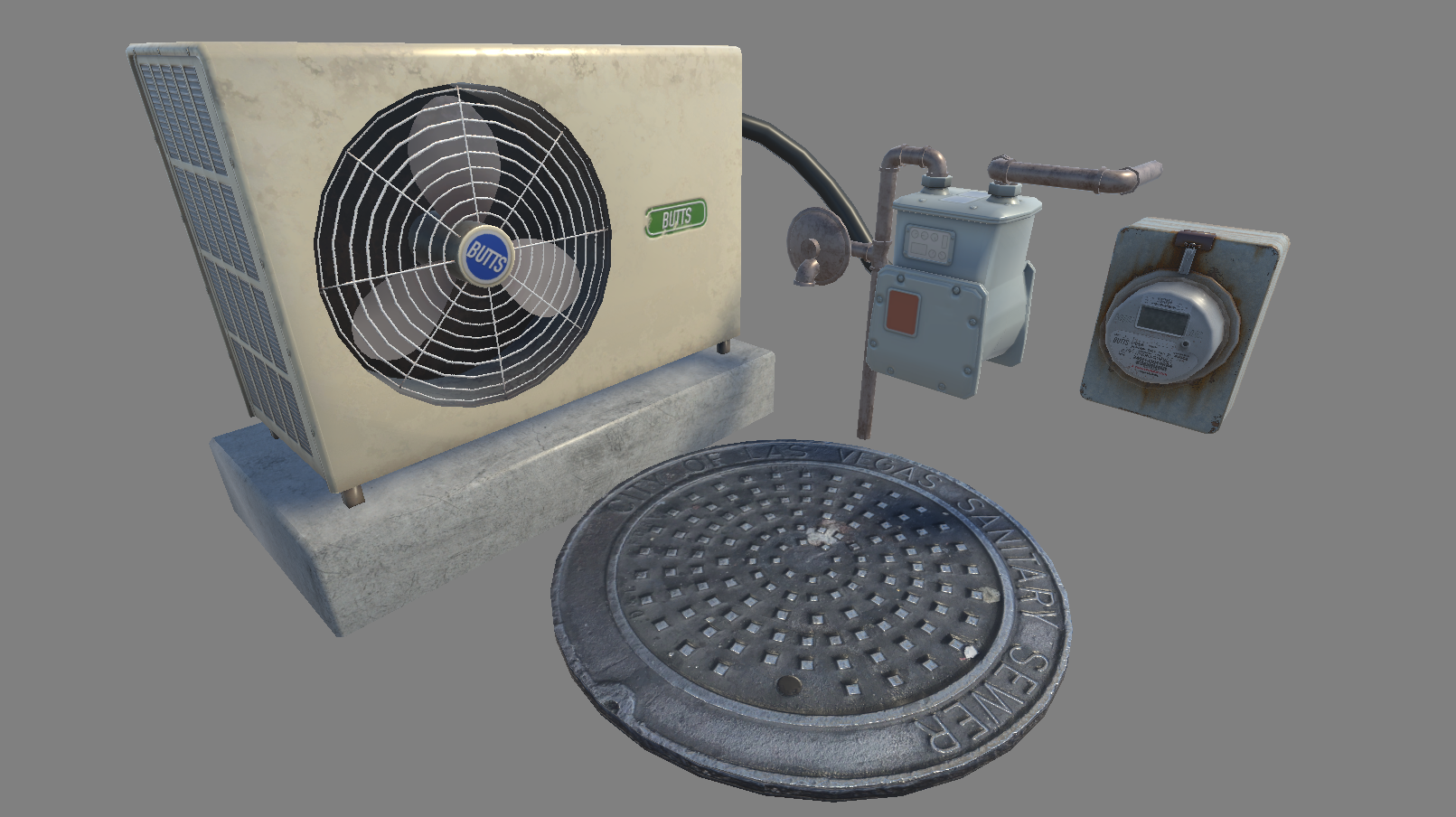 Thanks for reading through this month’s update. Most of the work has been behind the scenes with tweaks and alterations. Using the new way of rendering our signs will solve many of the annoyances that we’ve been dealing with because of mixing 2D sprites and a 3D world. So the next steps will be moving onto act 3, getting all the inner workings of the final area sorted, creating a transition between them, and working on the final ending scene.