We discuss the work done to our game The Pedestrian in the previous month.

Welcome to the September monthly update. During this month, we spruced up some visuals, and really improved the first half of the game. We had some friends test the game and designed changes based on those testing sessions. While the progress that happened doesn’t translate well into the Monthly Area Progress graph, what we plan to implement from the testing should greatly improve player experience. Enjoy!

We started creating a quick video version of our update if reading isn’t really your thing ;) 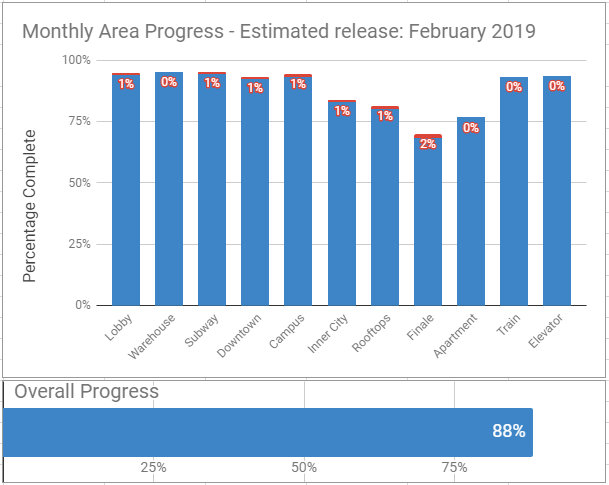 Here’s the numerical representation of our progress. The red bits are work done to the individual areas since our last update.

Most of the work this month was done to the first half of the game. We prepared this section of the game to be tested, which meant cleaning up any visual oddities, baking lightmaps, fixing bugs, and making sure all the areas/levels were connected properly. We then had some friends test it and received some valuable feedback on usability and player communication. We mostly focused on the tutorial portion of the warehouse and how it could be improved for new players. After a few tweaks, the intro experience should be greatly improved.

New Section in the Rooftops

The rooftops is an area that adds in an additional puzzle mechanic. We realized we don’t have enough puzzles in this area to fully explore the mechanic. So in order to add in a few more puzzles we needed to create space on a previously underdeveloped rooftop section.

The sewer was one of the the more bland sections of the Downtown. As you’ve probably guessed from our many screenshots of the Downtown, we like the look of it a lot. Yet it had a secret ugly underbelly, the sewer. But no more! We filled it with fog and light shafts, and adjusted the colors to greatly improve our little sewer.

We created some new trees for the university and downtown areas, the old ones had serious issues with lightmapping. The new trees are also modular to be able to create the exact tree we need for a shot.

Here’s a variety of assets we’ve created. A catwalk, a bench, ivy, fruit, and other objects. 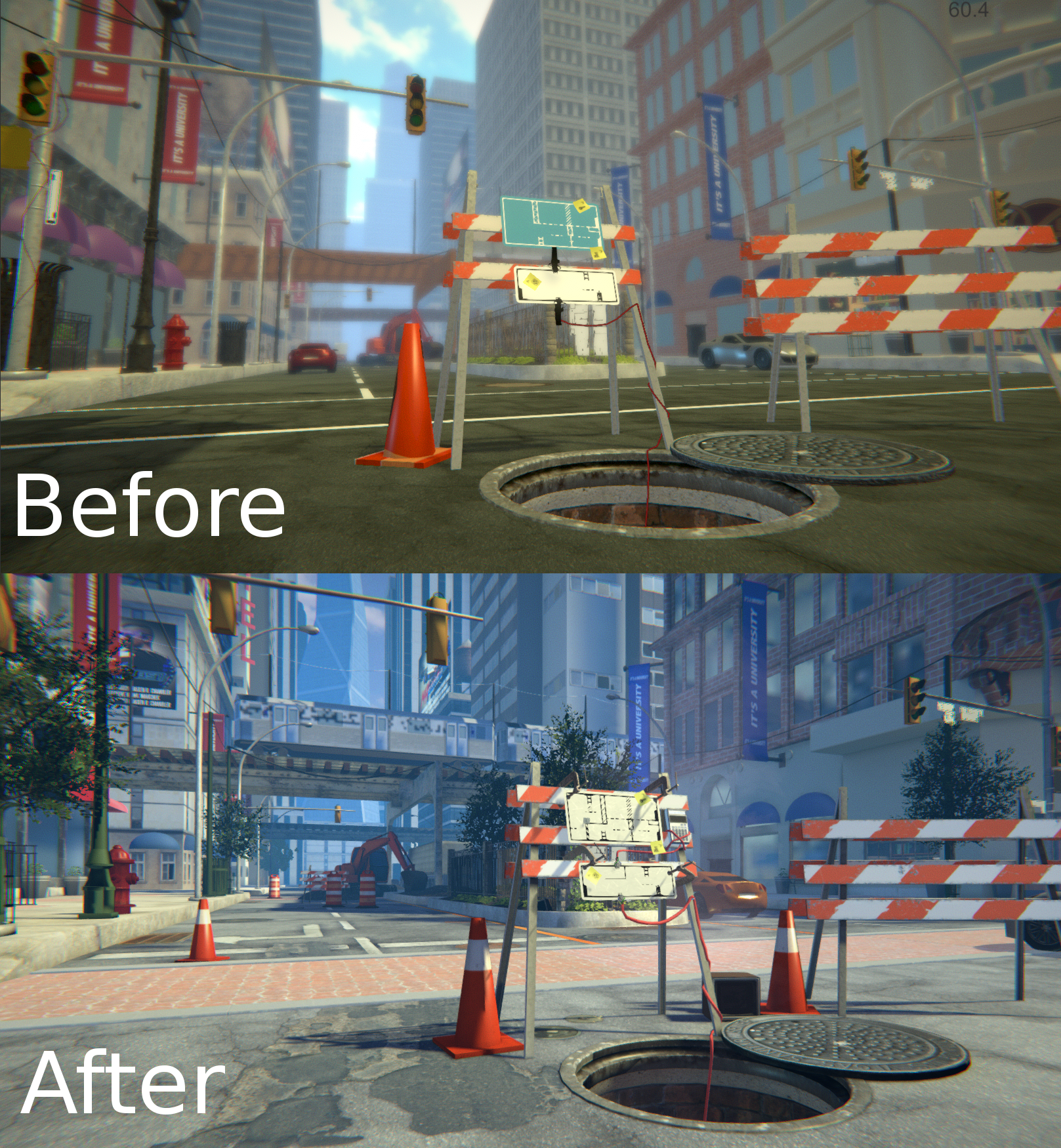 It’s always fun and encouraging to look back at old screenshots and video of the game. Here’s a little comparison we did of the Downtown area, and the before shot wasn’t even all that long ago.

A little snapshot of our lovely colorful (work in progress) puzzle editor! We’ve been making changes to create a more user friendly experience when everyone gets their hands on it. The editor was a stretch goal from our Kickstarter.

To see the spreadsheet of completed tasks from this month, click here.

This month consisted of a little bit of everything! While the main focus this month was testing, we still made progress in other areas. We hope you’re enjoying the videos we’ve been putting out, if you haven’t seen them yet, please hop over to our YouTube channel and give a look. Thanks for the continued support!