Platforming with a twist, The Official Beta Test was designed to destroy your patience and good will through a grueling gauntlet of crates and keyboard breaking fun. Keep an eye out for secrets too...

Thanks for voting and helping The Official Beta Test on it's quest to become the 2021 Indie of the Year. You are now in with a chance to score some free games. Help this game secure more votes by embedding the widget (or link) we have included below on your favorite sites.

The Official Beta Test is a Third Person Adventure Platforming game created in the Unity engine.

There are 5 diverse levels each with their own secret level contained within.

Each level has it's own style and theme, and a password in the options menu for later play.

A big thank you to the beta testers:

"Though the controls are slightly awkward and frustrating the Official Beta Test is a decently structured, thought provoking platformer that has its moments of joy and relief immediately shattered by a slip of a ledge. The Official beta test offers 10 unique levels that have different puzzles and multiple solutions.

I'd rate this game:

"It was a grind, but I enjoyed it"

"I enjoyed throwing babies at robots"

The Story Behind The Name

if you're curious about the reasoning behind the name

and asked if I was making it into a game

I half sarcastically said, "yeah, wanna be a part of the Official Beta Test?"

If you're using a Gamepad, you *might* wanna turn on V-Sync or the camera will be incredibly sensitive

The Creator of The Official Beta Test

I don't understand though, is this game a beta for something bigger? Or is the name of the game just the beta? Why not both? Then it's the beta test for the beta test. But what about the development process? While making it, were the test builds beta builds for the beta of the beta? And w-... 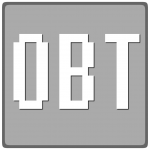 Tags
Embed Buttons
Link to The Official Beta Test by selecting a button and using the embed code provided more...