The Line is a rogue-like/ dungeon crawler/ survival with a turn-based combat system. The main object is to stand out the long line for resettlement from the oppressive east segment of the city. The game begins when the new authorities decide to show a gesture of goodwill and move people from the rotting district to new buildings.

Our protagonist is the girl Angelina and her companion - mutated dog Fin. This girl is a part of the small group, that want to know about true nature of the resettlement. The queue moves extremely slowly, so you have to fight your way through or negotiate.

Angelina can use turn-based combat, she has six attacks most of them have cooldowns. Four attacks can do buffs and debuffs and others can deal different amount of damage. Player can upgrade attack in special leveling window.

The second way to move forward is to identify the mental weakness of the enemies and use them. The third way is to simply exchange place for items from the inventory.

The dog Fin can do searching in special places, in which people can’t reach. Player evaluable to loot chests, boxes, tables and other objects. Also the dog can search through holes in the ground.

Hi, everyone!
We got fresh big "Blood & Fire" update.

Let's start from the new characters.

A new beast was added. A mutated creature that can be found in the forest (the last third of the game). It is an intermediate boss. This is an aggressive creature, swine attacks the hero without warning. Can poison Angelina in battle.

Previously, his job was to exterminate the changed people, who had lost their mind. All his attacks can set the heroine on fire, but he fights with half strength, because Angelina is not changed to beast form yet.

The second human character is a teenager, the son of aristocrats.

He was very close to the heroine. He does not understand why Angelina contacted a group of rebels. His parents died during the launch of four central towers. The boy blames in this not the authorities, but the side of the rebellion, in whose territory his parents turned out to be. 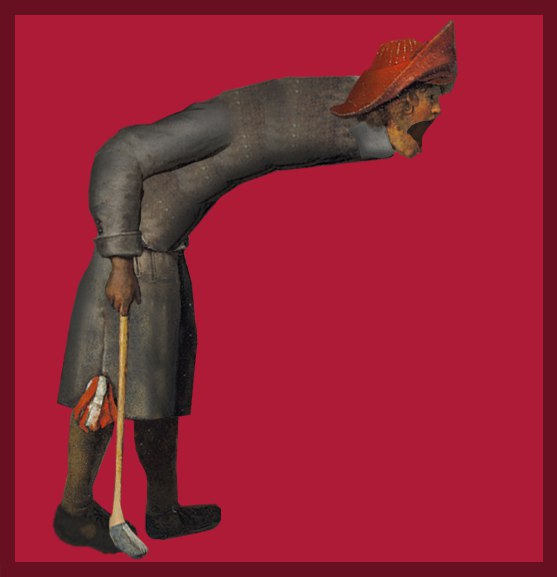 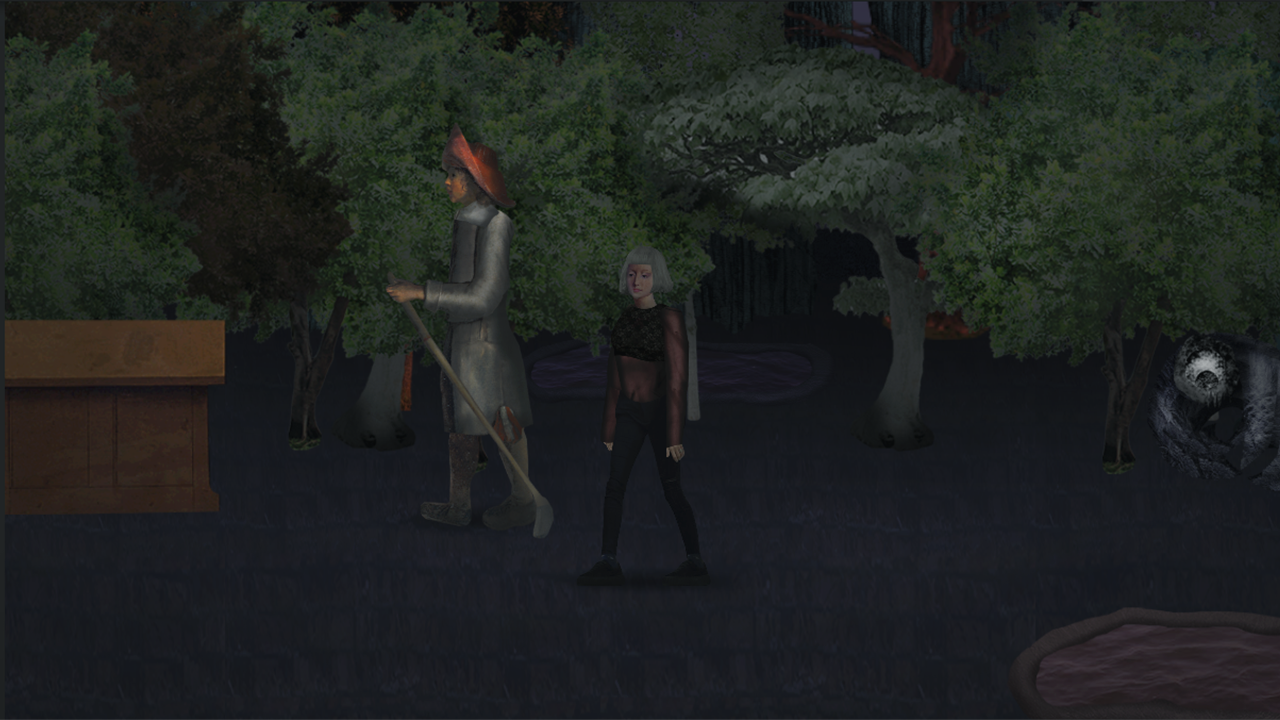 New mechanics were added in the Line

Bleed works in a classical form. Got a specific wound - bleed two-three turns - get from 1 to 0.1 damage. At the moment, only the opponents can inflict bleed. 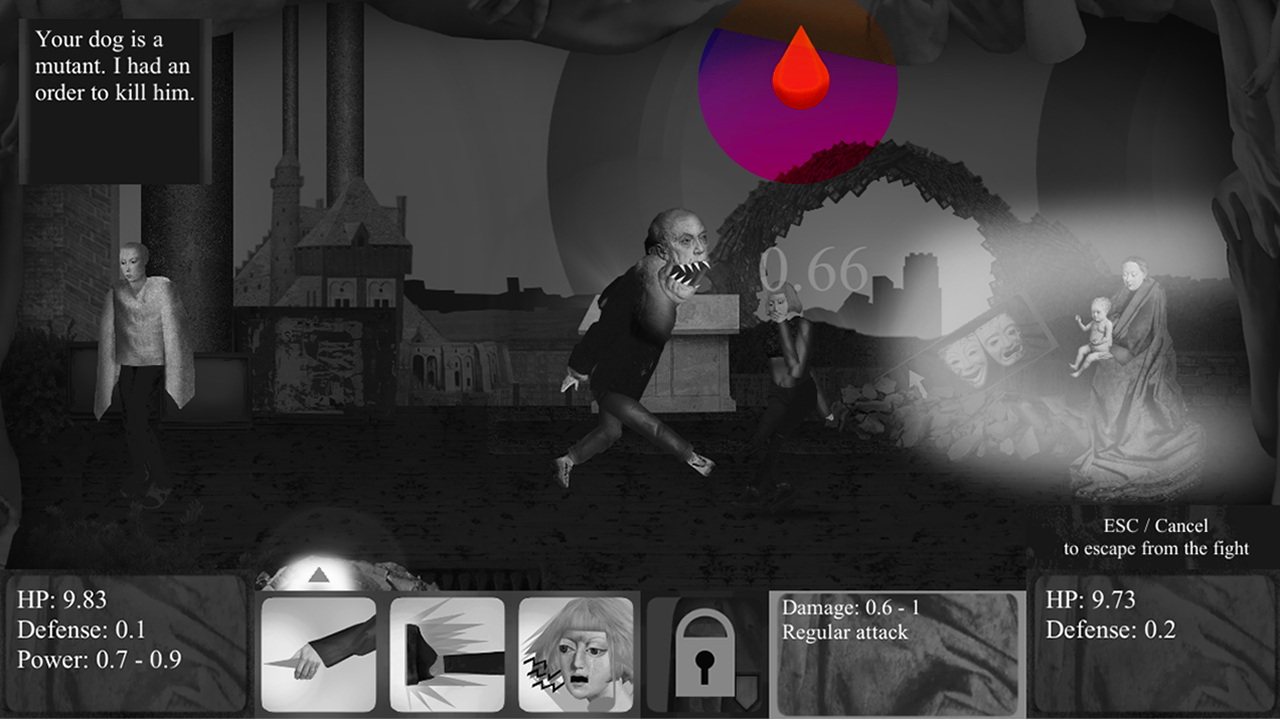 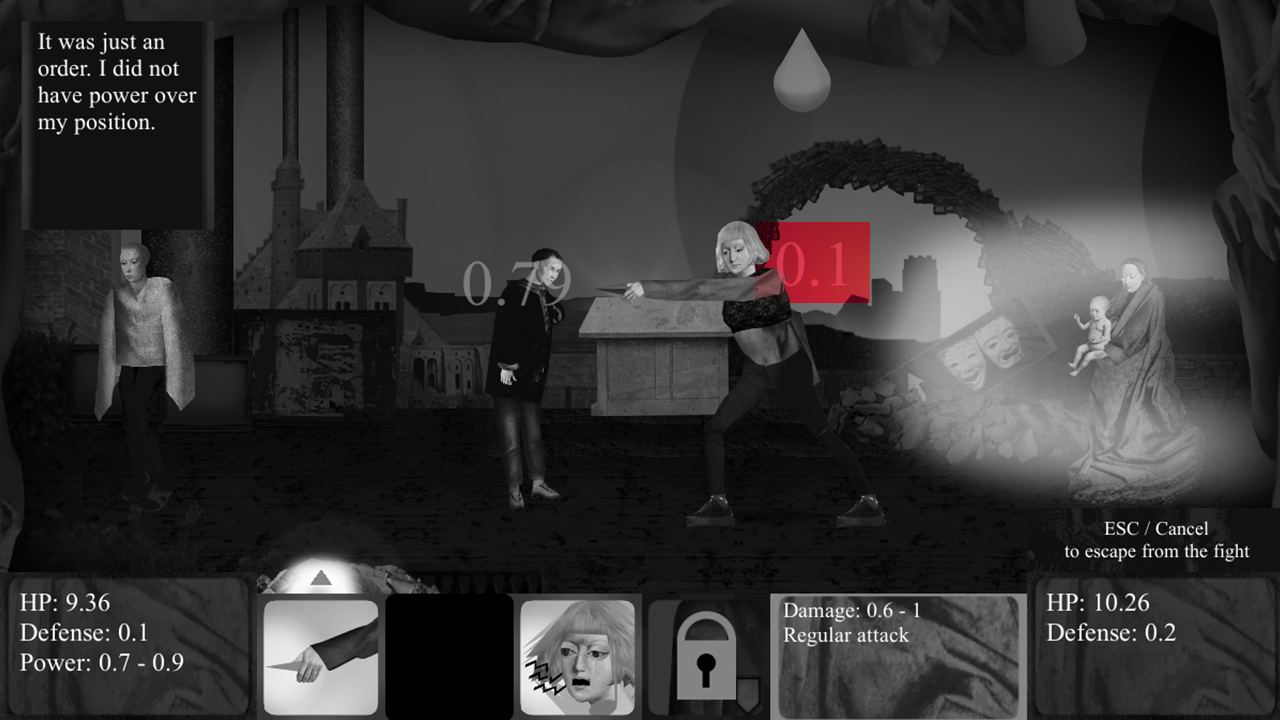 With fire, everything is a bit trickier. The fire is subject to the heroine, it can be absorbed from burning items and then used in combat. A new attack has been added to use the fire. Opponents can set the player on fire too. 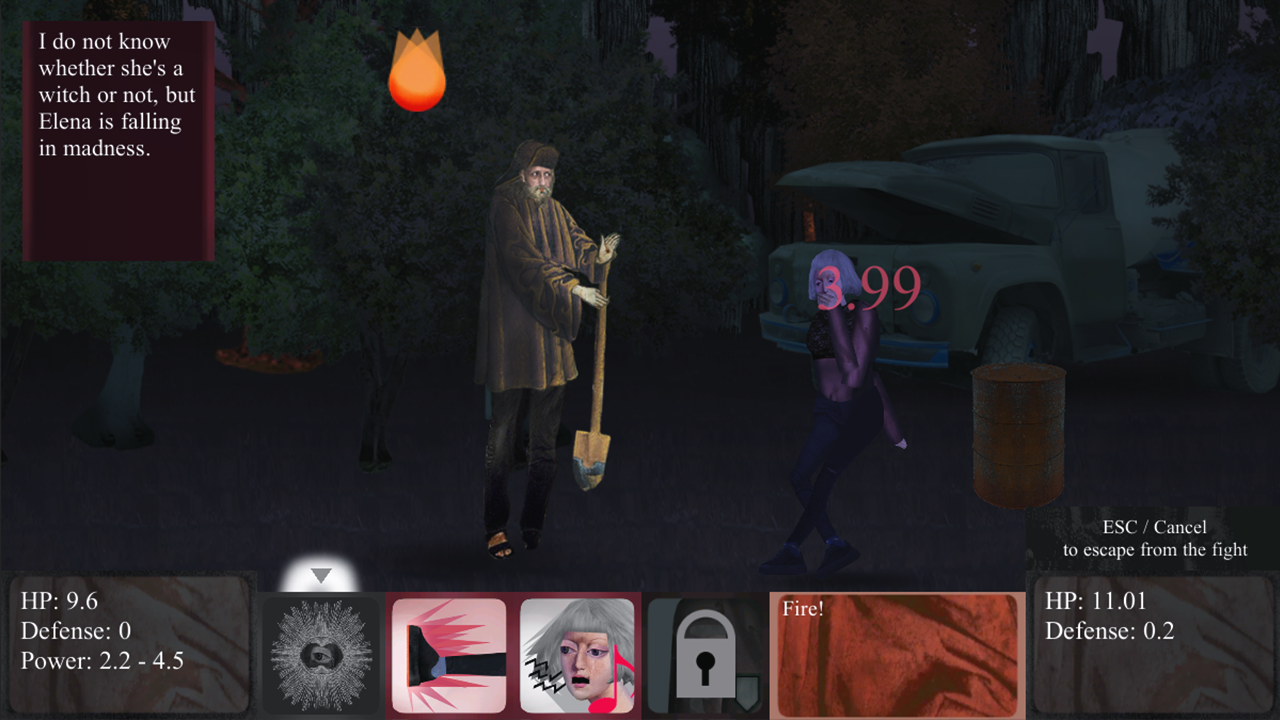 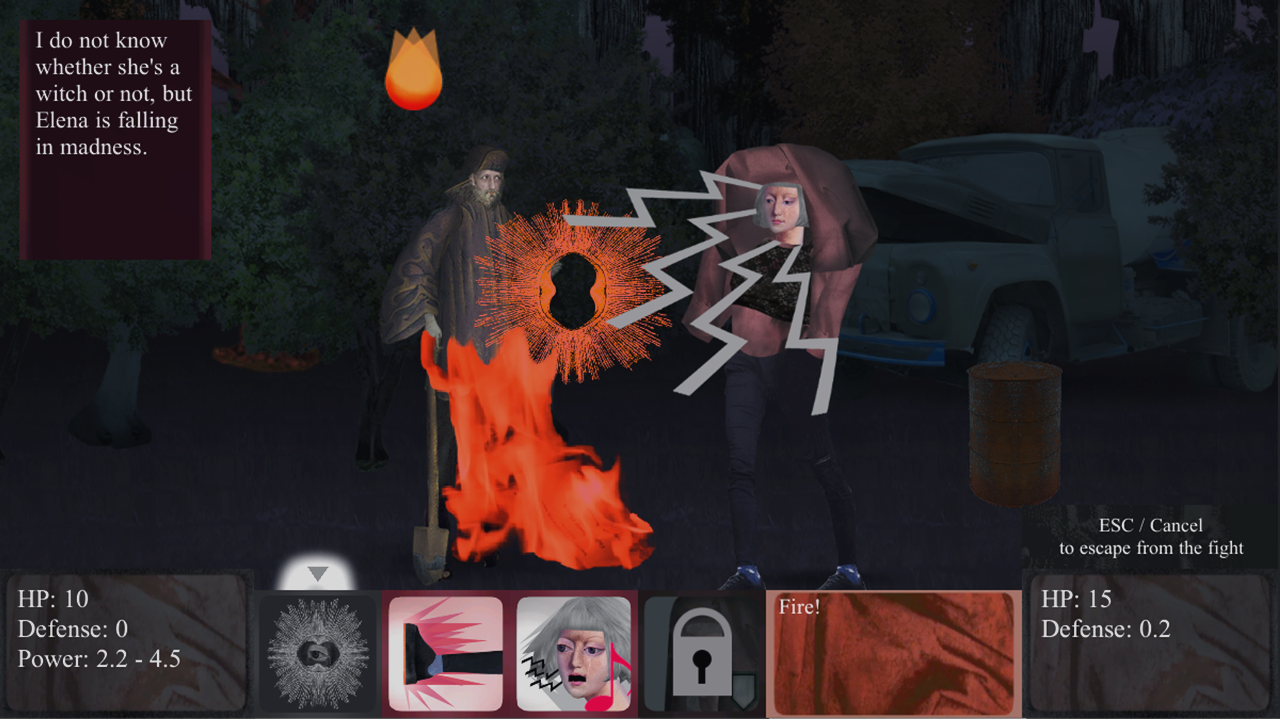 The pressure system now works stably. The player gets the weakness of the opponent in the mini-game and then can apply it to the character and it always works (earlier it worked with RNG). 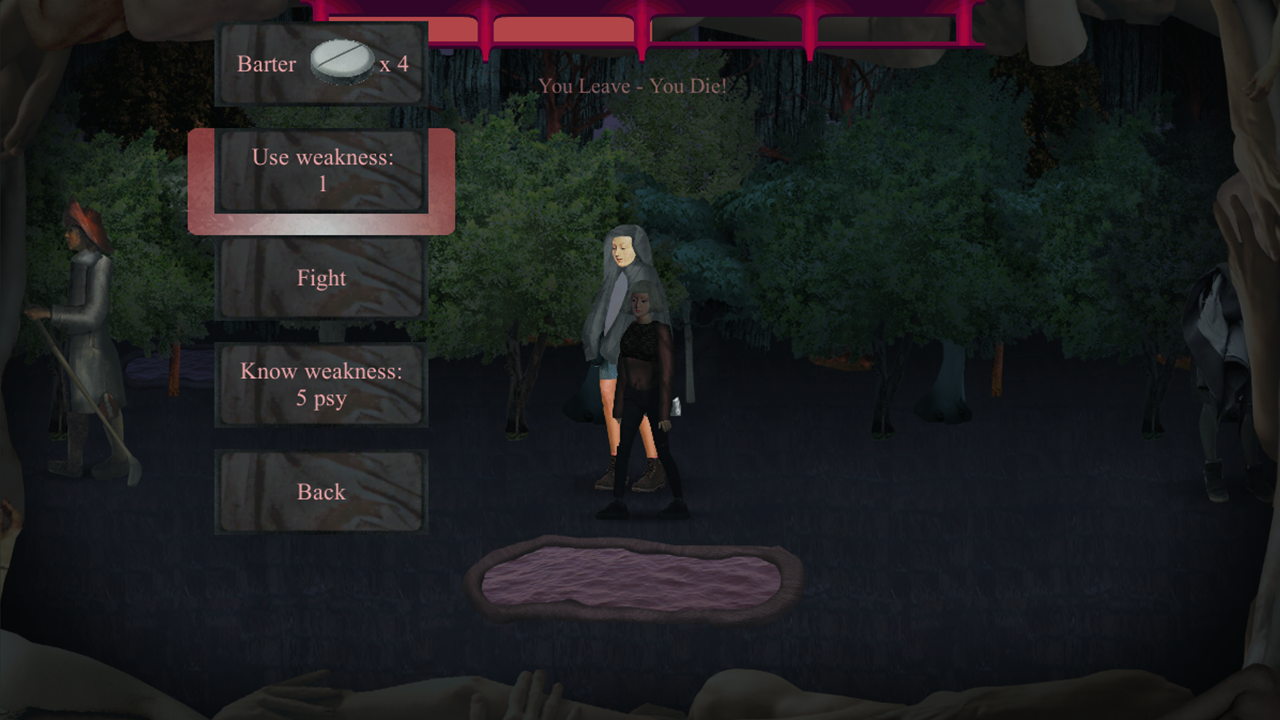 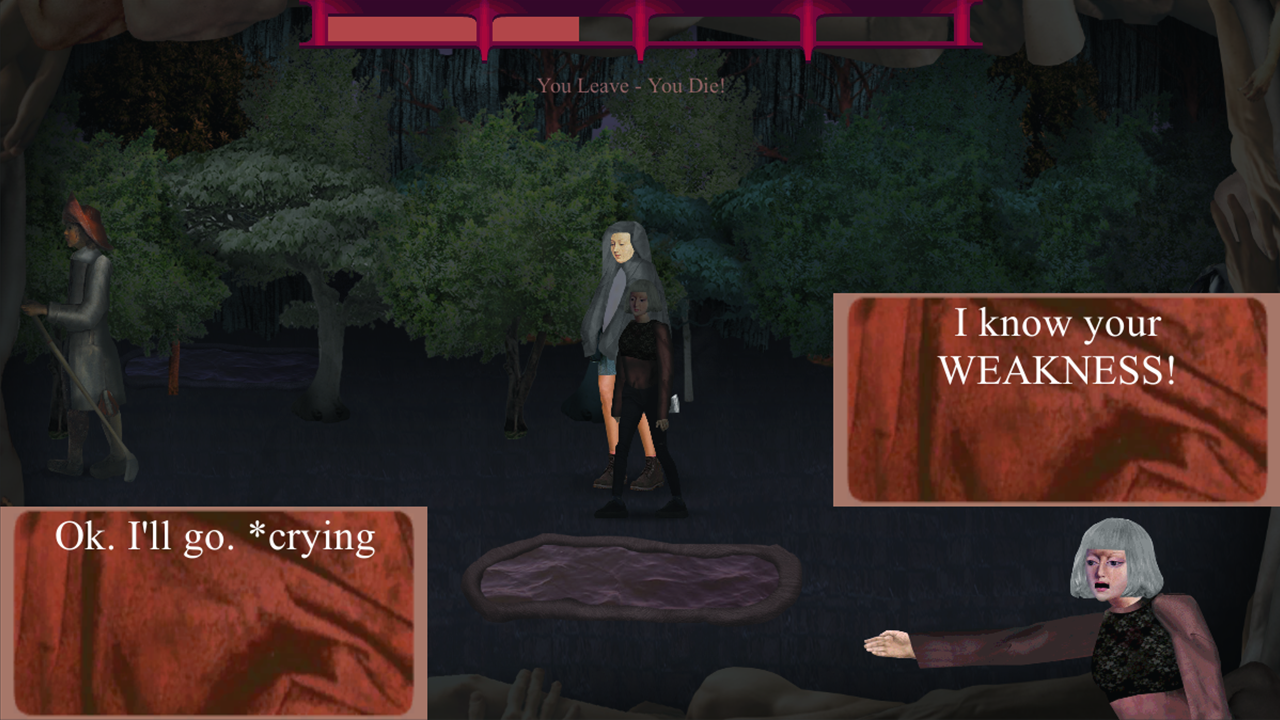 In addition, some work was done to eliminate bugs and change the appearance of locations. We changed some parts of the UI, mostly inventory. Barter with the characters is more balanced.

Further updates and game destiny depends on you.

We will be glad to everyone in our game!

We made some fixes in the Line. So now you can stand in chaos even longer.

The Line is a rogue-like / dungeon crawler / survival with a turn-based combat system. The player has to withstand the line to resettlement from the oppressive...