The Last Ark is a spiritual successor to Sierra's Alien Legacy. It places you in command of an interstellar ark carrying survivors of series of attacks on Earth. Your mission is to colonize the Olympus system and establish a safe haven for humanity. Build colonies, explore planets, research cutting-edge technologies, but most importantly, Survive! Many thanks go to Kenney whose amazing game asset pack has helped bring this game alive.

Welcome to the bridge captain! 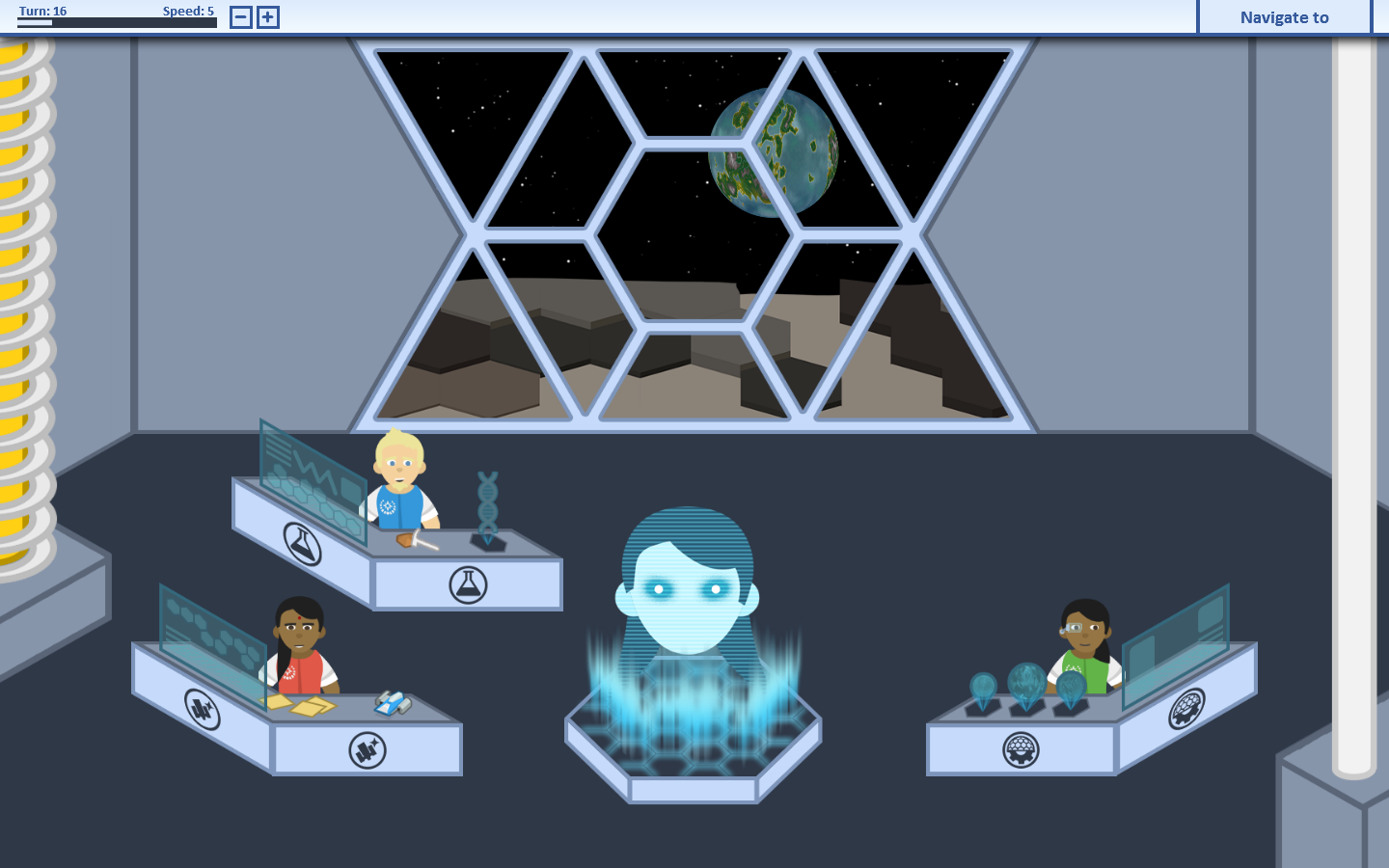 You have just awakened from cryogenic suspension after a long journey to the Olympus system. You are the captain of an interstellar Ark launched by the United Nations of Sol to save a precious drop of humanity from a terrible interstellar war that is ravaging our home solar system. 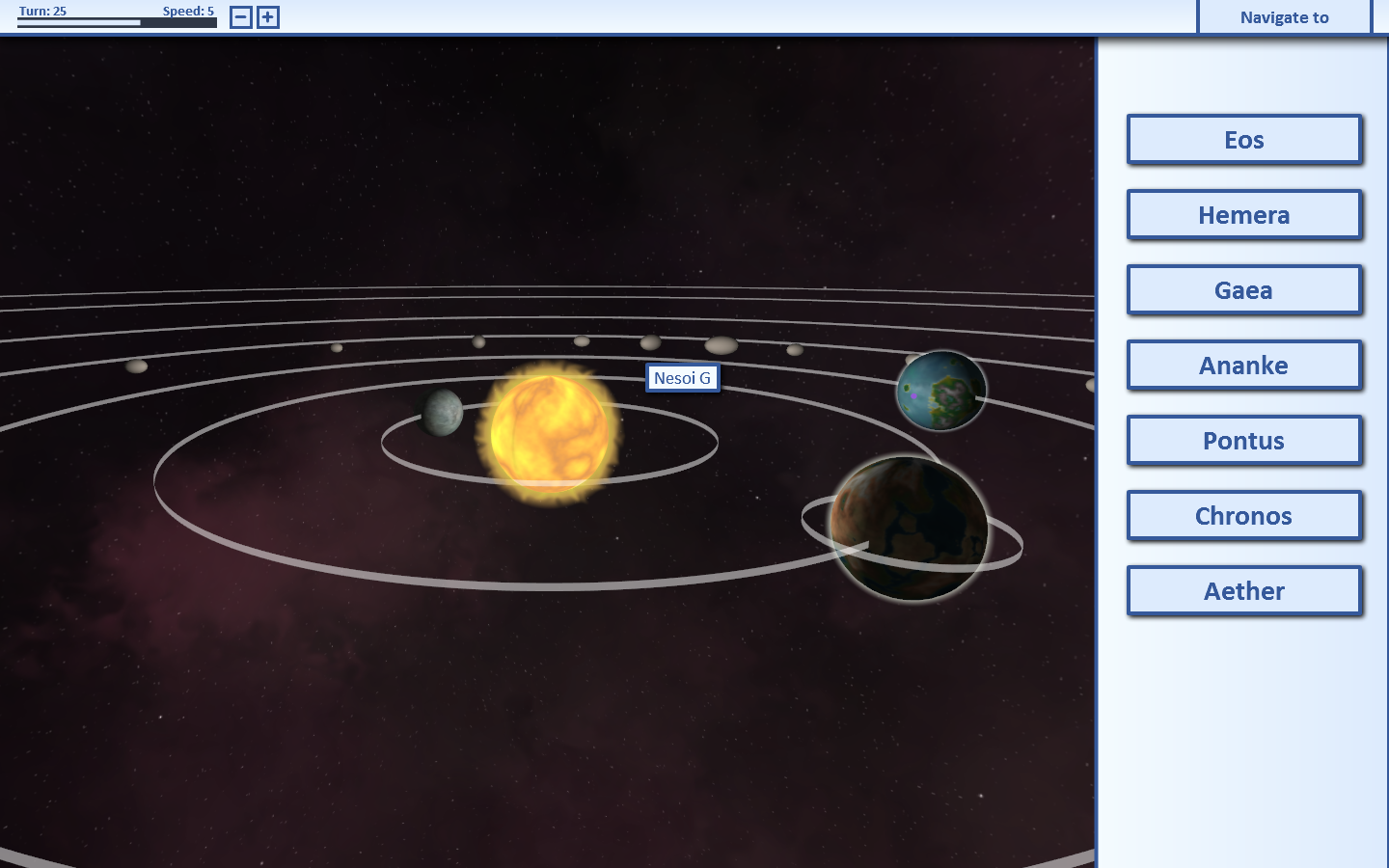 Every planet, moon and asteroid of this solar system is at your disposal, to explore, exploit and expand to.

Here you see just some of the worlds you can explore and colonize in this game. You start with your Ark in orbit around the planet Gaea and a colony already constructed on the surface. Your hand-picked advisors will guide you through building up your colony and then expanding your empire.

Manage your resources carefully, don't overextend yourself or your colonies will fail and humanity will go extinct! 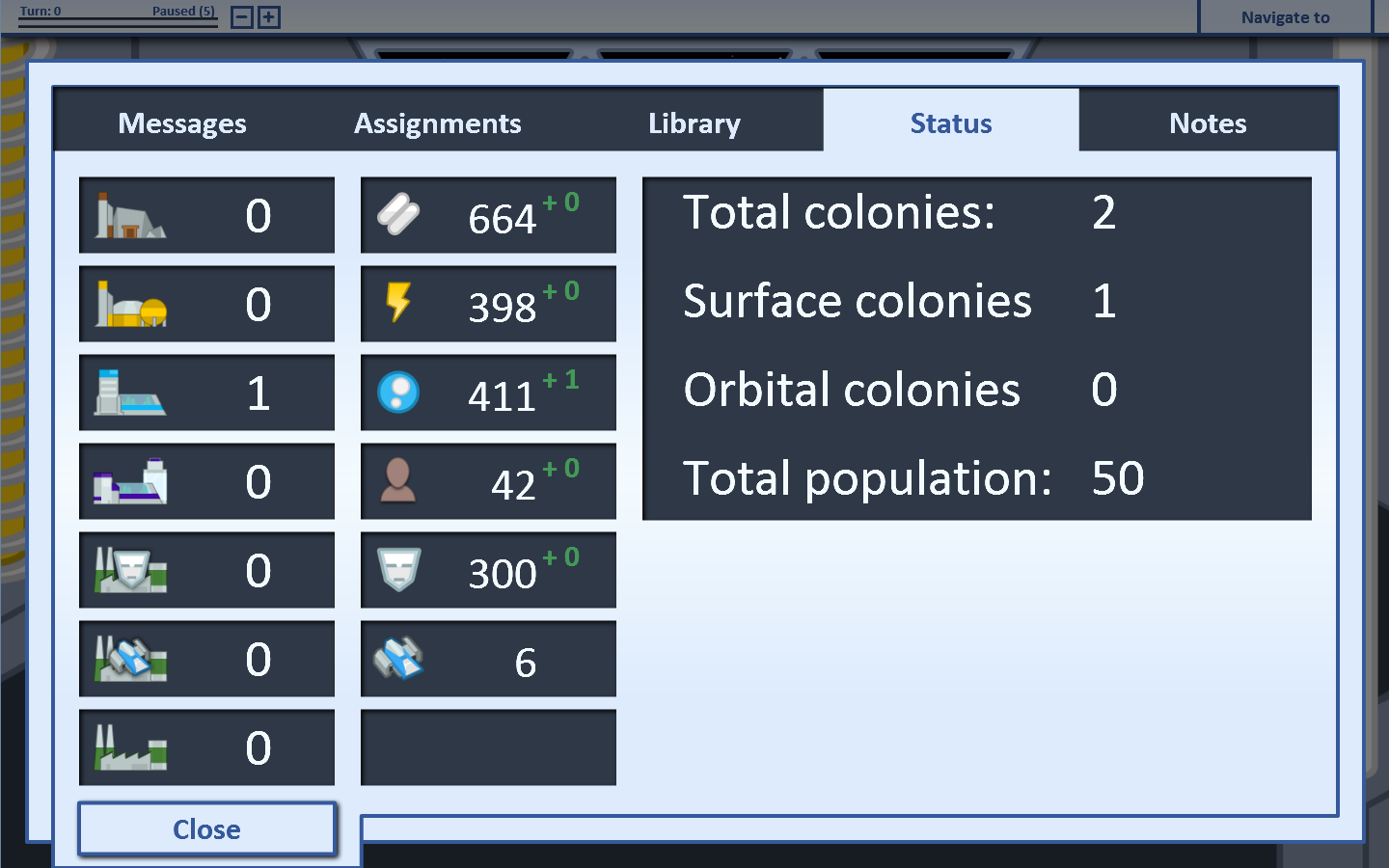 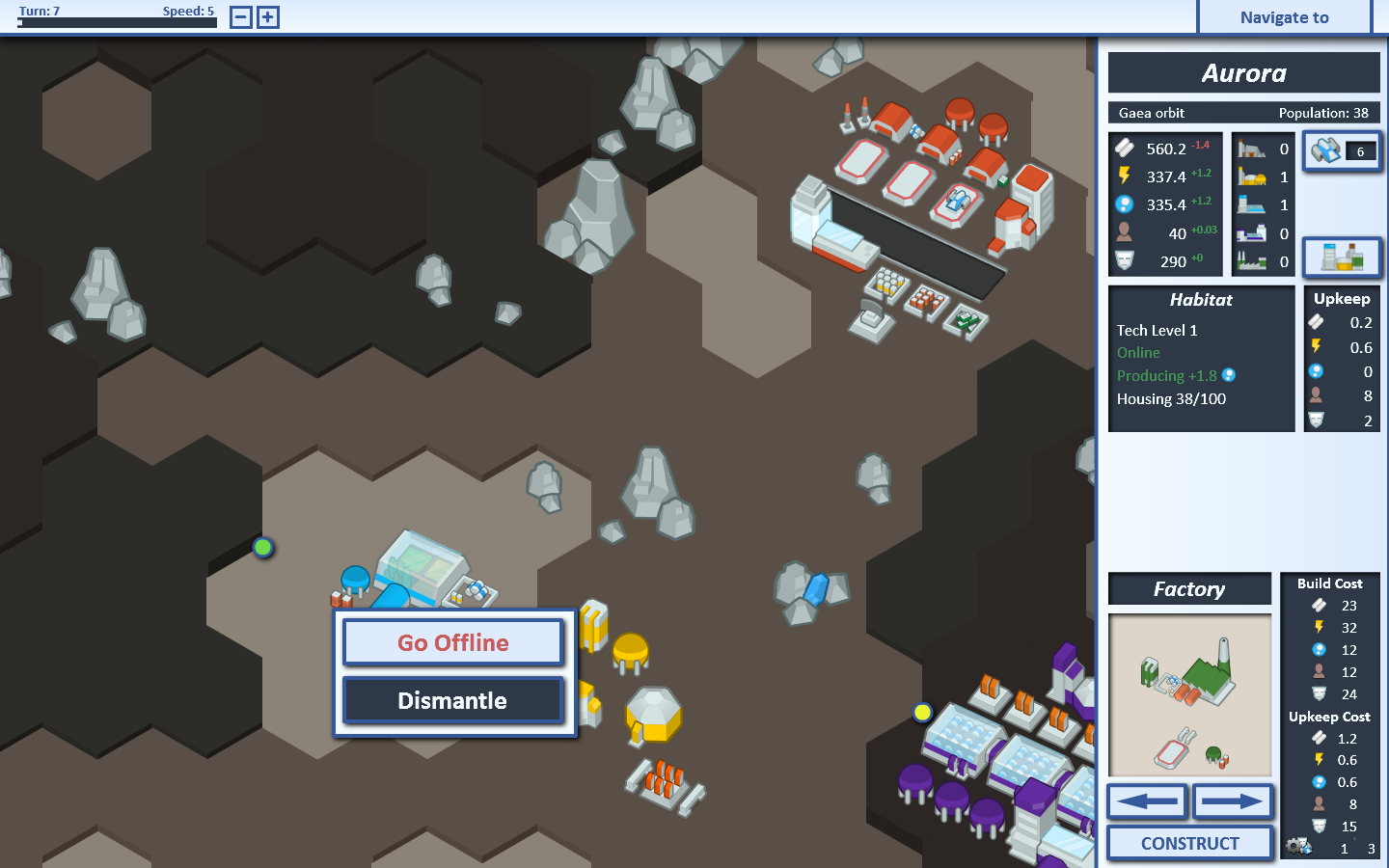 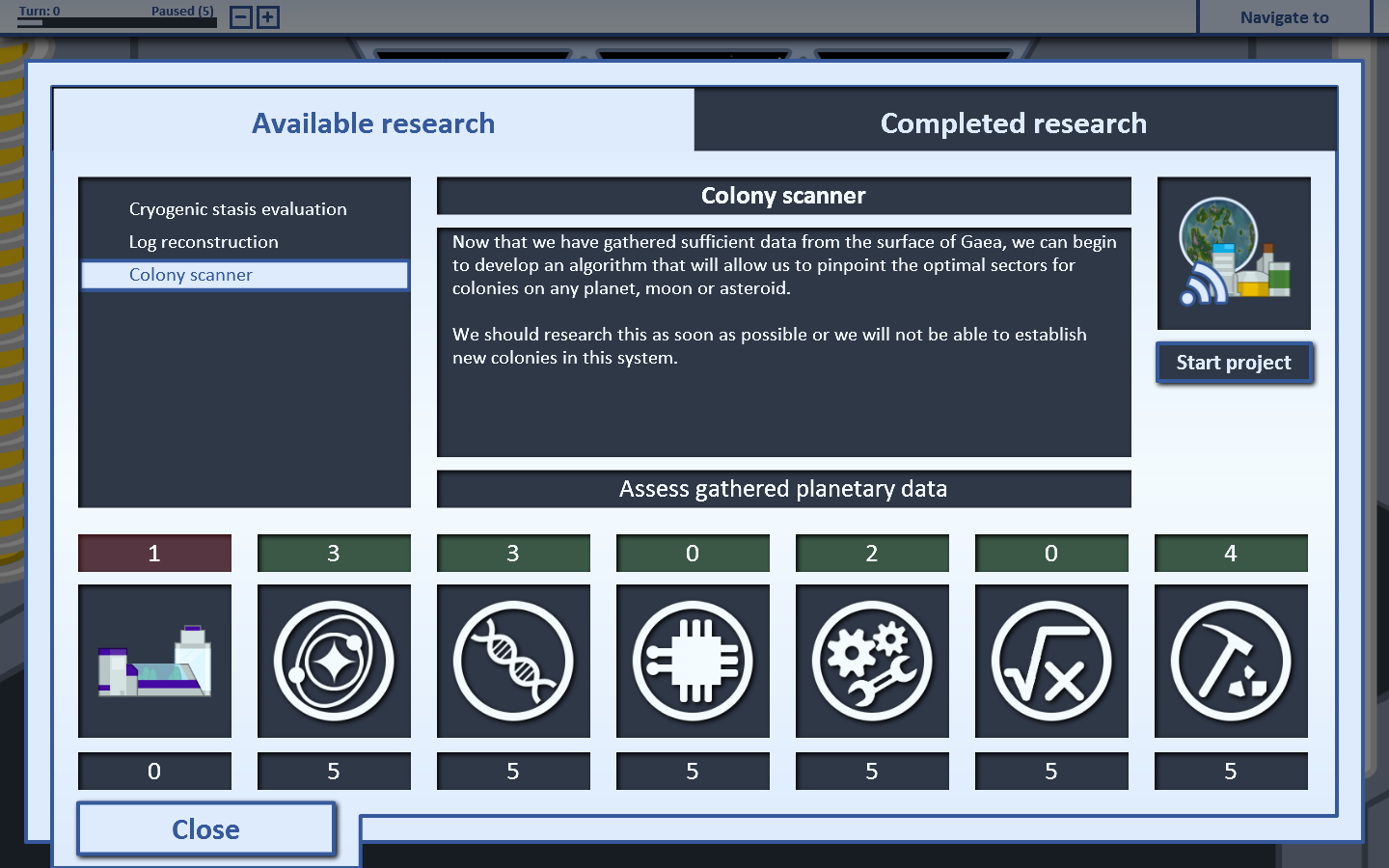 Explore the various planets, moons and asteroids of the Olympus system and scour them for resources and clues to mysteries you don't even know exist yet! 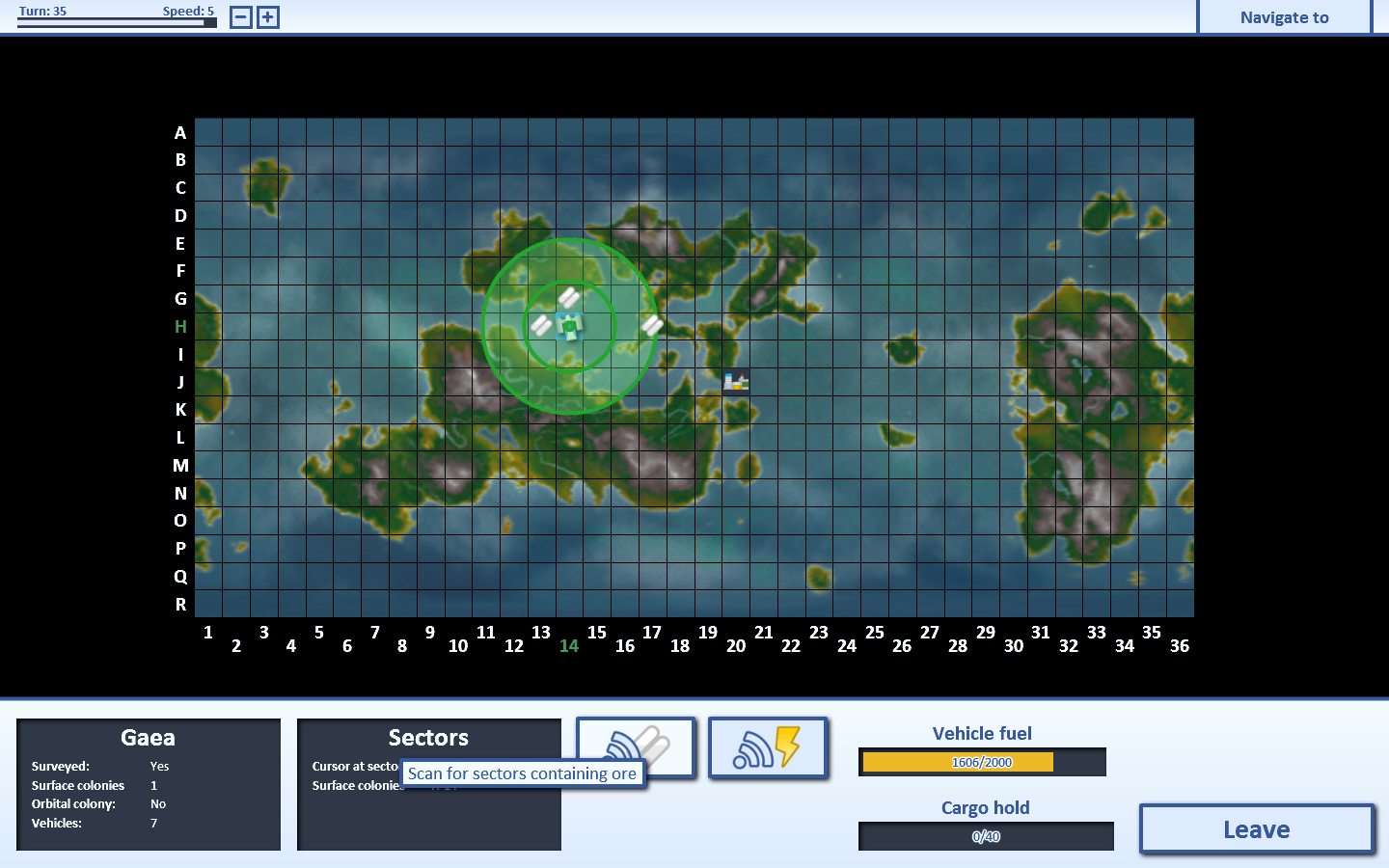 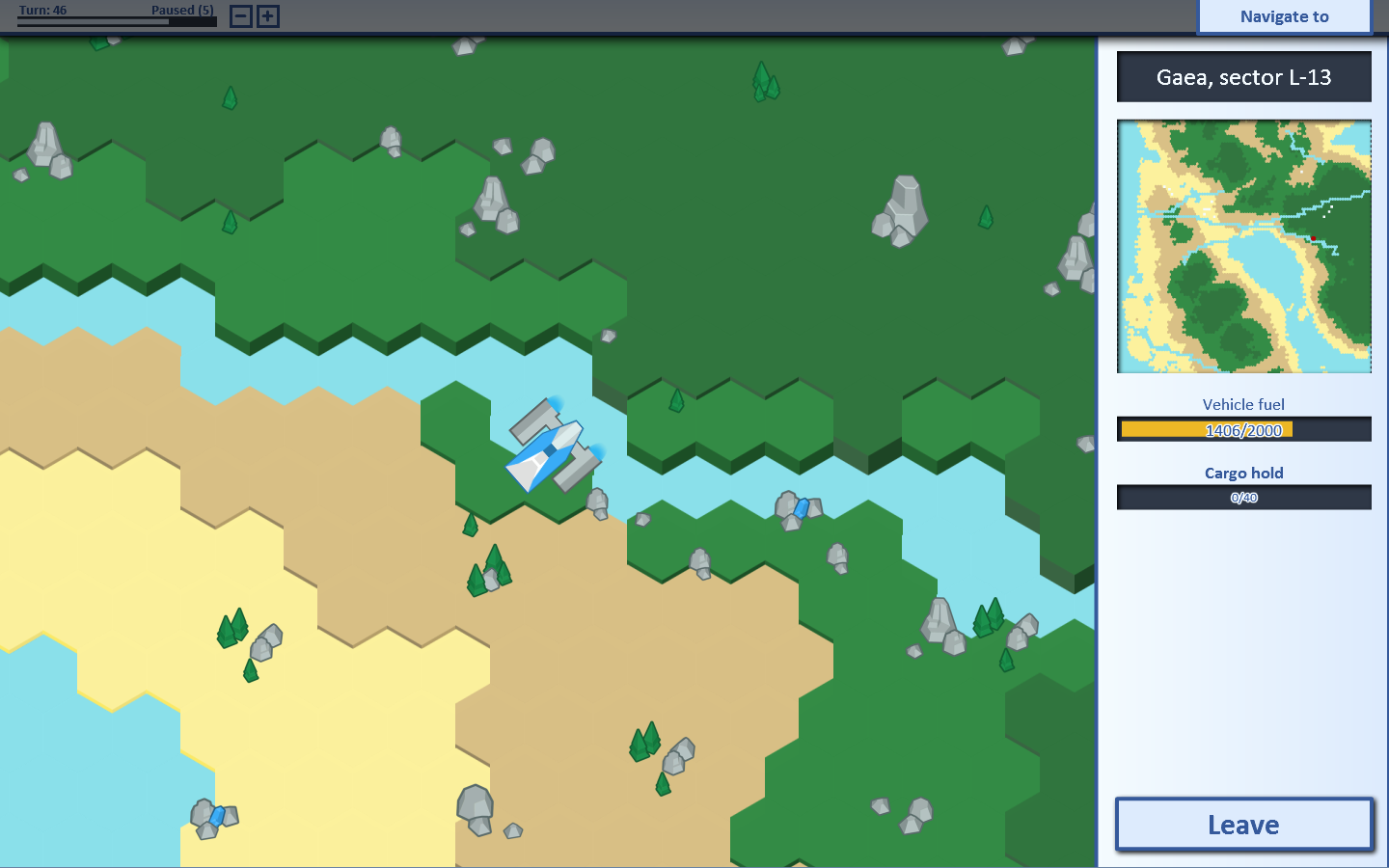 I have always been a huge fan of the game Alien Legacy by Sierra. But over the years as gaming evolved small things started to annoy me. The lack of randomization that made replaying it a matter of having a list of sectors memorized. Being unable to filter your vehicles or colonies properly, making the late game rather tedious. Having such amazing advisors with personalities and voices, but not being able to choose which advisor you were assigned for each post and their personalities being utterly pointless and having no effect on the game.

So I set out to make a new game, a better game that would take the core principles of Alien Legacy, that what made it a great game, and to enhance it with 21st century gaming principles! 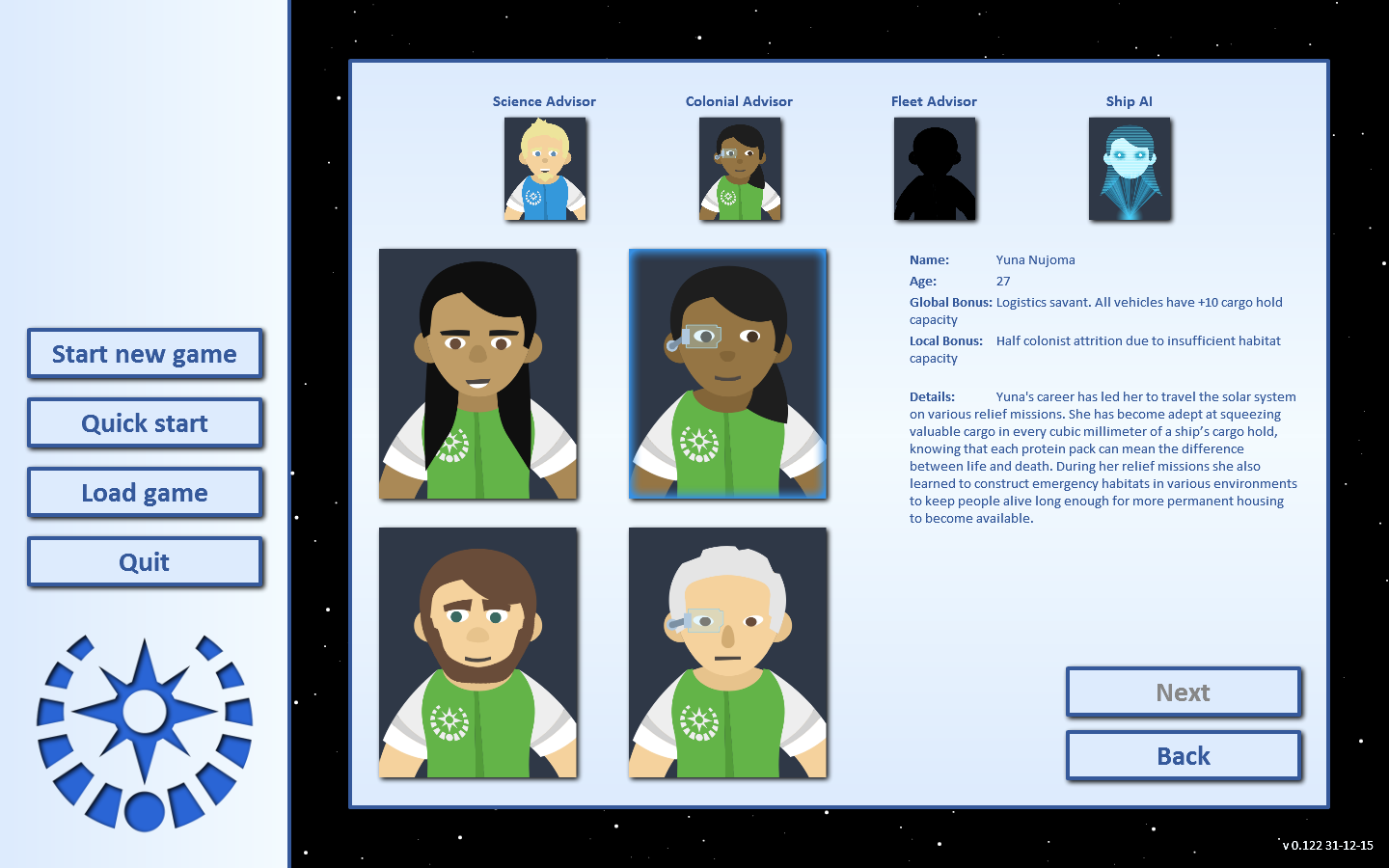 For example, above you see the advisor selection screen. When you start a new game, first you enter your name and the name of your Ark. Then you can select an advisor for each of the four positions on your bridge; Science, Colonial, Fleet and the Ark AI.

For each station there are four candidates and each candidate has a unique global and local bonus. Global bonuses apply to everything everywhere of course, but local bonuses only apply to the colony the advisor is stationed at. In Alien Legacy you could also transport advisors to specific colonies, but this was only ever done for mission requirements and as their personalities it had no effect on the game other than to satisfy a mission objective.

In The Last Ark, an advisor grants a bonus to his or her colony so it becomes a tactical decision where you station them.

hey great game. but im stuck on the establishing new colonies mission. would you be able to help me out?

Hi, that is where the game "ends" in the current alpha. Right now I'm working on adding more missions.

For the next upload I'll be sure to add a "That's all for now folks" message for when you reach the end of the currently implemented missions.

Sorry for the confusion.

Indie
Tags
Embed Buttons
Link to The Last Ark by selecting a button and using the embed code provided more...