I've finally gotten round to making a new website for the game, and putting a free version of The Hit online. Here's the link if anyone wants to skip reading and go download it.

The free version is a bit bare-bones right now, but I'll be gradually populating the city and adding gameplay features over the coming weeks. There's a lot to go in already, and a bunch more that only exists in prototype form. This version also has no inventory, so interactivity will be minimal. It will have everything else from the main game, however, including NPCs, interiors, vehicles and everything else I add. 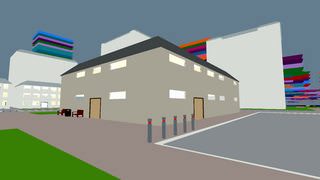 What it does have is a development gallery (just look to your left as you leave the hotel), where you'll be able to learn about all the different systems I'm creating, and see how the game has developed from early versions to where it is now (and where it's going next). I've been very lax when it comes to updating my devlog, so this will be somewhere I can write about the game without ever having to leave Unity. Again, I'll keep adding to that as I go. I already want to add some 3D models and a couple of walk-in environments, as well as another floor to talk about the narrative system.

Here's a quick preview of what's already in there. 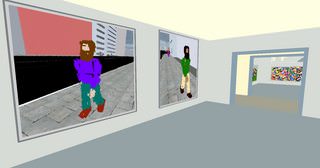 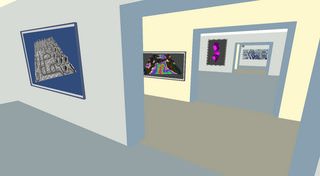 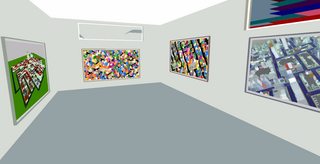 The Hit is on Kickstarter!

It's Kickstarter time! Alpha release is planned for December 2014, with the full release a year later.

Dynamic Narrative in The Hit

An early overview of the player-driven dynamic narrative system I'm working on for The Hit. If successful, it will allow for authored events in structured...

how do i play

I'll have a new build online soon, and I'll be releasing a free version alongside it, which will have all interactions disabled (so essentially a walking simulator).

I'll link from here as soon as that's up.

A game I have been kind of been looking for

Thanks, I hope I don't disappoint you. I've taken a break recently, which turned out longer than I was expecting, but I'm getting back on it now. I'll post as soon as there's something worth sharing.

Yeah, I will. Sorry for being so quiet lately, I've been trying to get my head down and get this thing fully playable, but I also had to take some time off recently for some surgery. I'm close to having the next update ready, and I'll try to make some more noise then.

wow, this game looks really good, lag is the main problem. how much of an emphasis will you put on game lag?

Thanks. I'll talk about multiplayer more when I'm ready to implement it, but here's a v. brief overview.

The game will only be syncing a minimal set of data across a network. Crowd behaviours will be calculated locally, and only synced when absolutely necessary, and even then will mostly correct to one of a set number of states, so shouldn't have a noticeable impact. So yeah, it should be fast.

Also, if you'll excuse the digression, I'm designing the main game to run at a more realistic pace than games like CoD or DOOM. FPS games favour fast action over situational complexity for good reason: It's relatively easy, and much less of a commercial risk.

Long-term, what I'm trying to do with The Hit is make something that plays less like a target-shooter like CoD, and more like an episode of 24, or one of the Bourne movies, where you're juggling the demands of an ever-changing free-form narrative and weighing multiple objectives, while also making moment-to-moment decisions about whether to employ stealth or force in any given situation. What I don't want to do make a game that forces you into corridor or arena battles, then tells you you've failed when you try to use your initiative. I do want to make you feel like a bad-*** assassin, but I'm not going to hold your hand.

I'll be making some gameplay movies closer to release to demonstrate what I'm talking about, because I don't think there is a comparable gameplay experience out there. Not yet, anyway.

Estimated release date please?
i wanna play this game and upload it on my channel A.S.A.P

Indie
Twitter
Tags
Embed Buttons
Link to The Hit by selecting a button and using the embed code provided more...

The Church in the Darkness Stealth