The year is 1882 and Queen Victoria has sat on the British throne for 45 years. The British Empire is at the height of its power and over a quarter of the world’s population lives under her reign. Sadly House Blakely, one of Britain’s oldest noble families, does not share in the Empire’s good fortunes and has seen a strong decline in its riches over the past few years.

Edgar Blakely, the eldest son and heir apparent to the Viscount Blakely, has just received an invitation to one of the most lavish and opulent events in all of England; Lady Amelia Camberwell’s Grand Ball. Edgar’s father, the Viscount Blakely, has informed Edgar that their estate is nearly bankrupt and that Edgar is to see this gala as an opportunity to secure himself a wealthy bride to save House Blakely. 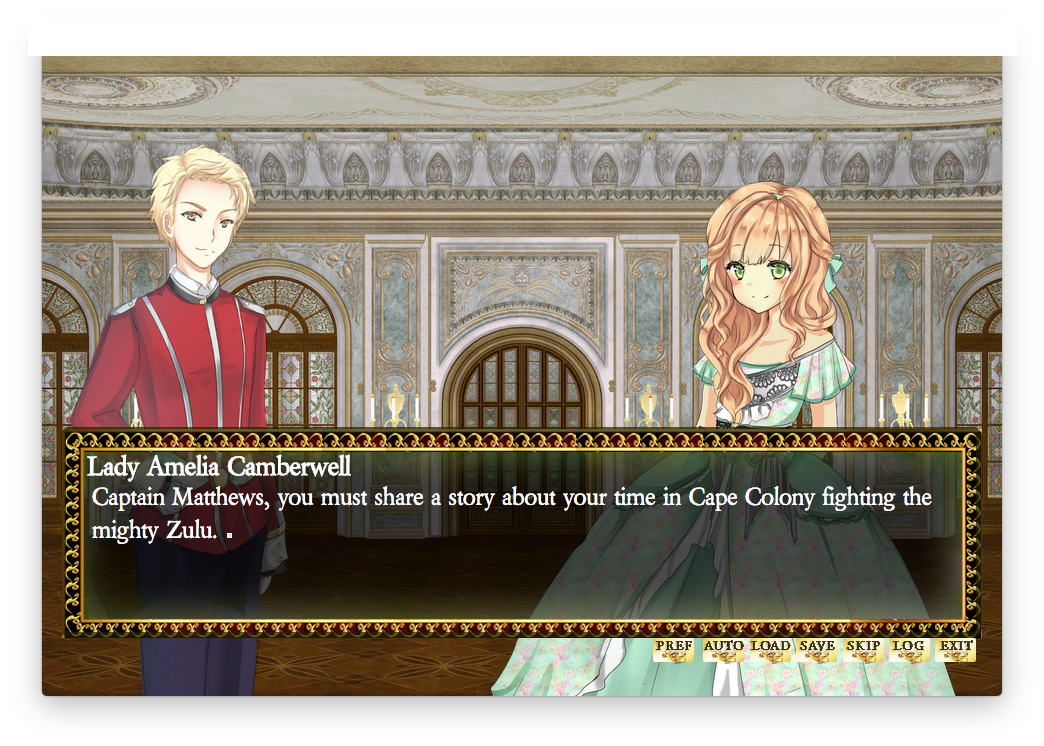 Can Edgar restore his family’s position in Britain?

Will he find true love?

“The Grand Ball” is a Visual Novel like none other that will whisk you away on your most indulgent Victorian dreams. Choose your own adventure and see which of the eight endings you end up with!

To promote The Grand Ball and grow its popularity (top games), use the embed code provided on your homepage, blog, forums and elsewhere you desire. Or try our widget.

I'm your host Kat, and this is Find Love or Die Trying! It's the premiere of our new dating show, where ending up single... means ending up dead! Not...

Grendel and her "friend" must work together to find a way out of a strange school, where pupils and teachers alike are being killed

Aisling and the Tavern of Elves

“Aisling and the Tavern of Elves” is an Isekai Fantasy-Comedy Dating Sim Visual Novel, where you play as Aisling Whitehorse, a hapless mercenary turned...

Idols are the most popular thing in the media right now, and the rising idol company Lyriq has a convention to run this weekend. One catch–the virtual...

After studying away in Taiwan, Shao-Tang finally comes back to his hometown of Nangan to be a receptionist at an inn for the summer where he works with...

Amy is desperate! Her boyfriend Aaron doesn't remember her anymore after a car accident! Will you be able to make him remember again? Or perhaps it's...