This game is currently one-man project.

For more info check game's forum or to get the latest news there are Twitter or Facebook pages.

Hello!
After some time, next update is here.

For purposes of the future alpha version, I have decided to focus on creating new locations and story. With that, new enemies became one of the neccessary things that had to be added.

So here it is! Wolves on brand new map with bit improved graphics, thanks to Unity 5's atmospheric scattering and cinematic image-effects! 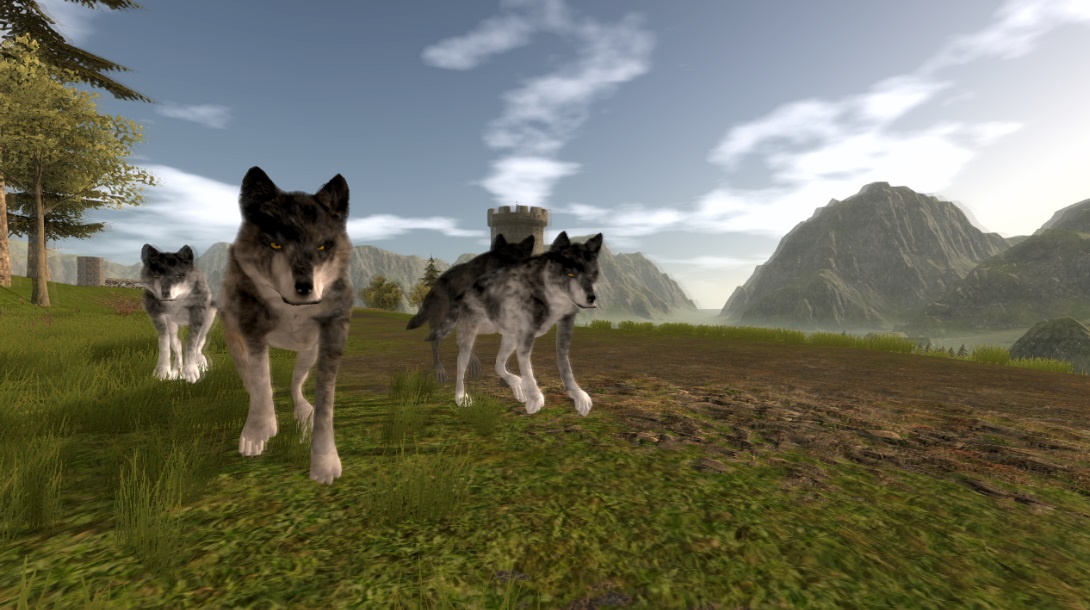 What's in plan?
- GUI
- Cutscenes
- Maybe horse? I'm not sure yet :)
- Roadside inn, NPCs - it's needed for storyline
- Dungeon enviroment and some undead enemies

For better introduction of these new fluffy enemies, I have decided to record new video.

After a few months I have decided to record some new updates, to keep you guys informed ;) Updates like new models, castle interior and new playable character...

I have decided to test NPCs behavior in a small "battle". Their behavior is not final and still needs some polishing, but I wanted to keep you guys updated...

Whole first person system has been reworked, new animations added, new sword has been made (with special shader for blood) and there's also a new script...

This is the first game I followed in ages and more or less the only game I'm looking forward to, including triple A games. It reminds me a bit of the game i always recreate every few years, but i do a bad job of it. My most recent one was okay, but still not good enough. Yours is looking awesome. If you have the right story or gimmick of some sort and good advertising I'm sure a lot of people will take interest.

Where can you get the game?
Looks great can't wait to play it.

Cant believe a single person is making this game!
great job looks like an awesome game :)

What will the system requirements be?

Whoa-ho-ho this game won't be very resource intensive at all!

Well now with new graphics enhancement it dropped to +-35fps, but like in every game, there are changeable settings - so performance can be increased by turning off some things (like ambient occlusion (SSAO):), etc.. )

Indie
Tags
Embed Buttons
Link to The Grail by selecting a button and using the embed code provided more...