The Fall of the Dungeon Guardians

You’re a newly employed guard of a prison deep inside a dungeon. The night of your arrival, strange things happen and when you wake up in the morning, all prisoners have escaped amidst chaos. The warden wisely decides to leave the dungeon as quickly as possible, while tasking you to run after the escaping prisoners. You then assemble your team and venture into the mysterious dungeon.

A Call for Adventure:

You’ll take command of a party of 4 guardians. Each guardian comes with a set of spells & abilities, with new ones appearing over the course of the adventure.
For each new level reached, the guardians get a point to use in their talent trees, allowing them to reinforce their abilities or gain new powers.
There are 4 classes to choose from: the warrior, the healer, the mage & the rogue. Each class has 3 specializations represented by a talent tree, and each specialization comes with its own set of abilities. So you have 12 base build-ups. In addition, your guardians can choose freely to spend their talent points in any of the 3 specializations of their class, allowing for even more varied set-ups.

The dungeon is filled with loot: epic armors, legendary weapons and mystical, magical items. Often when you kill a group of enemies, they’ll drop a random piece of equipment that one of your guardians can use, raising more and more of their powers. 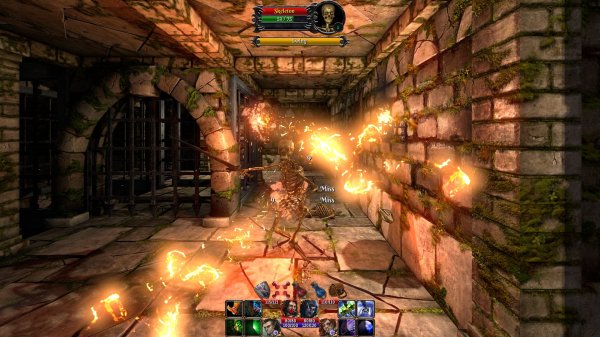 The combat is focused on the triptych “tank/damage dealer/healer” mechanism, coupled with an exciting threat mechanism: your healer’s spells directly threaten all the enemies nearby, and thus your tank must use his abilities to attract their wrath and protect the healer. The tank must then be able to mitigate a lot of the enemy damage using his defensive skills.
Your last 2 guardians will be the damage dealers, trying to kill the enemies as fast as possible, while they’re busy with the tank.
All guardians get a lot of abilities and not only will using the right one at the right moment be essential to your party’s survival, but also combining different abilities in sequence to maximize their efficiency will be required to vanquish your strongest foes.
It sounds like a lot, but fortunately the game comes with an active pause: you can pause the game whenever you feel like it, check everything, queue the next abilities for your guardians, and then resume the game.

You don’t like tanks, or you don’t like pausing the game? No problem, just lower the game difficulty, and you’ll be able to play without a real tank or pausing. You can precisely tune the difficulty at any time during your exploration.

Unlike old-school FPV Dungeon Crawlers, you don’t have to strafe-turn-strafe-turn all the time in Dungeon Guardians. Your tank comes with serious defensive skills (armor, dodge & parry) that let him handle most of the enemy attacks, as long as the healer backs him up. So most fights are done while standing your ground.
However, occasionally your whole party will have to dodge some extremely powerful enemy attacks, usually by walking back, so you’ll still need some moving reflexes and awareness of your surroundings during the fights.

The game comes with a full featured map editor, letting you create your own dungeons. The basics are very simple, but a bit of learning will be required to handle the more advanced puzzle mechanisms.
Additionally, with the Modding SDK, you’ll be able to fine-tune the existing enemies, classes, specializations, abilities, talents, gear, and enchantments, and with a bit of dedication you should be able to add your own, and even add sound FX or music. 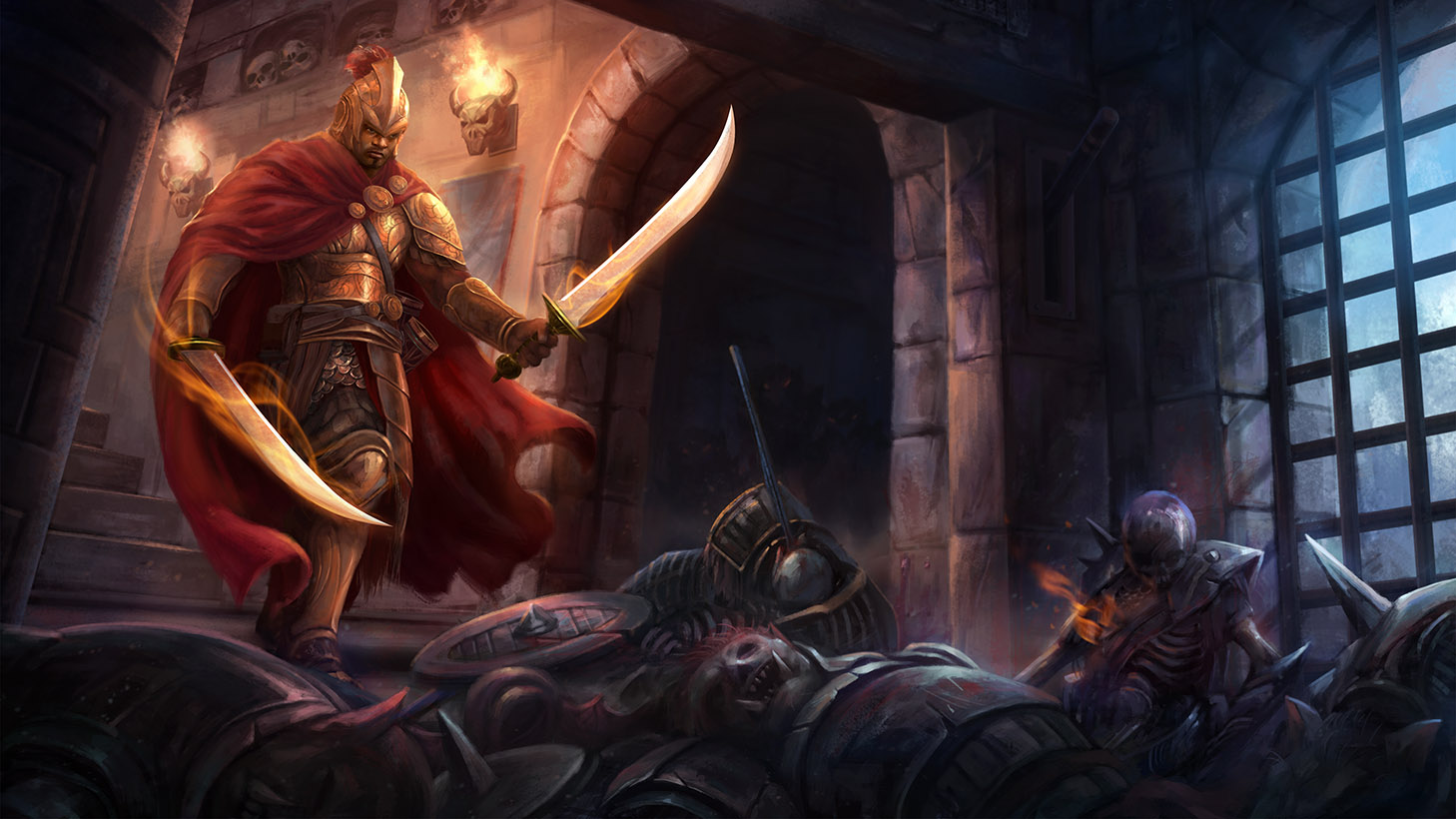 The Fall of the Dungeon Guardians v1.0b Released ! 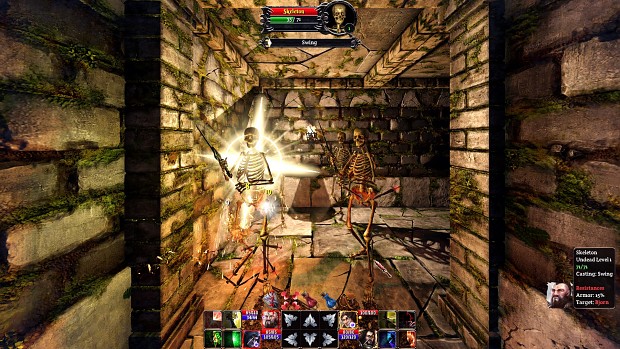 The version 1.0b of the Fall of the Dungeon Guardians has just been released, and to celebrate that, the game is on sale with 25% off till the end of the week on Steam : Store.steampowered.com .

The Fall of the Dungeon Guardians is an RPG Dungeon Crawler game, in First Person View, inspired by classics like Dungeon Master™ and Might & Magic®, but featuring a modern combat system based on the triptych “tank/damage dealer/healer” mechanism.

The version 1.0b features the Treasure Hunt, which is a chained series of riddles, more or less easy, designed mostly to test your memory and your observation skill.
This hunt will bring you a new extra non-combat item, as well as alternate weapons (eg: 2-handed tank weapon).
Its starting point is in the High Security zone of the prison at the beginning of the game.
Note: it's possible to do it after have reached the last level of the game, but it might be delicate to remember everything needed to solve all the riddles.

There are also other little new GUI features, and small changes & bug fixes, as well as 2 new localizations : Italian & Czech. 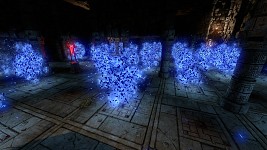 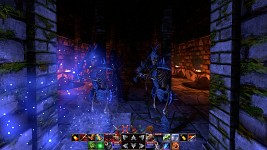 The Fall of the Dungeon Guardians Trailer - Indie DB

The Fall of the Dungeon Guardians is released on Steam!

The Fall of the Dungeon Guardians has just been released on Steam. Grab it with 10% off while it lasts !

The Fall of the Dungeon Guardians v1.0 Released !

Version 1.0 of The Fall of the Dungeon Guardians has been released on Windows & Mac OSX on ManaGames.com, and the Windows version is also playable on...

The Fall of the Dungeon Guardians Greenlit in 1 week !

Thanks to everybody who voted, the game got Greenlit in 1 week, yippee ! :-D

The Fall of the Dungeon Guardians in Steam Greenlight !

The Fall of the Dungeon Guardians' Greenlight page is up ! Vote for it if you want to help the game to be released on Steam and get more exposure. And...

Hi,
the game looks great, if we buy it on the website now, will we get a steamkey too, if the greenlight is successful? Good luck with the game.

Hello,
thanks, and yes, you'll get a Steam Key if the game gets on Steam (you'll already have the link to request it in your License Key email but it'll tell you to wait for Steam release when you open it).

Looks very much like Legend of Grimrock. Inspiration or coincidence?

Both games get their main inspiration from Dungeon Master and its grid-based movement, so they ought to look similar.
But I also really liked the mossy dungeon of Grimrock and asked my environment artist to create an old mossy stone wall set. If you look in details, you'll see that nothing is same, but despite that the general impression is similar anyway.
Except that, pretty much everything else is different, especially the gameplay, but also the other environments.

The look of it gives me a feeling of Thief, Amnesia, Shadow Tower, and a few other games with this kind of feeling of dread with RPG elements and Fantasy Elements (Besides Amnesia) and it seems really awesome. One question, though, will it be free?

No, it won't be free. I hope it doesn't look like it should be free, as I'd like to sell it in sufficient quantities to finance a sequel, or at least an add-on.

No, sorry. There are a ton of other kind of creatures though.

Twitter
Tags
Embed Buttons
Link to The Fall of the Dungeon Guardians by selecting a button and using the embed code provided more...