Needed (for contract, commission, or partnerships):

Pixel Artist(s): We're looking for a pixel artist(s) to help build our world and define the style.

Narrative Writers: While we will eventually need writers for in-game quests, we are currently in need of short stories (approx 5-15 paragraphs) to help build out our in-game literary collection.

2D (Pen/Ink) Portraits: We are in need of black & white portraits to be displayed in character conversation/dialogue boxes. Something similar to the kind of portrait you see to the right.

2D (Pen/Ink) Book Art: We also need artwork for in-game literature. Here is an article that describes the art we're looking for: Indiedb.com

Game Music Composer: We need a selection of game music to accompany the various gameplay states. For a description of our game music needs, see this post: Indiedb.com

Thanks for voting and helping The Euphoria Project on it's quest to become the 2021 Indie of the Year. You are now in with a chance to score some free games. Help this game secure more votes by embedding the widget (or link) we have included below on your favorite sites.

(TLDR? There is a video at the bottom of this post.)

Classic CRPG pathfinding left a lot to be desired. And while we want to recreate the feel of those old CRPGs, nobody wants overly-dumb baddies. So, it was past time to finally upgrade the NPC pathfinding AI. (Before this, the system had the baddies move toward the player.) You know, something like this:

So, this project finally gave me a good reason to implement A* pathfinding.

In most Unity projects, I'd simply recommend using the NavMesh system. It is a ridiculously powerful tool that has come in handy for me during a variety of past projects including everything from mobile arcade games to business apps in VR. But it seemed like overkill for a tile-based CRPG. If you want to know more about Unity's NavMesh, this guy's tutorial is a great intro. 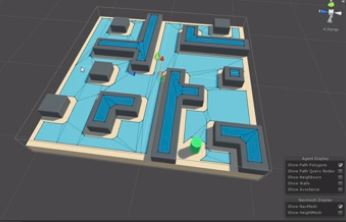 So.. if I wasn't going to use Unity's NavMesh, everybody knows that the famous A* algorithm (pronounced "A STAR") is the best place to start for path-finding, but I had never actually implemented it from scratch. A quick Google search landed me on this guy's C# implementation. He references this other guy. A quick scan of those two and a read of the Wikipedia article to refresh myself on how it is supposed to work, I started coding and had the basic algorithm working in half an hour. It really is that straight forward. I can't believe it took me this long to give it a try. 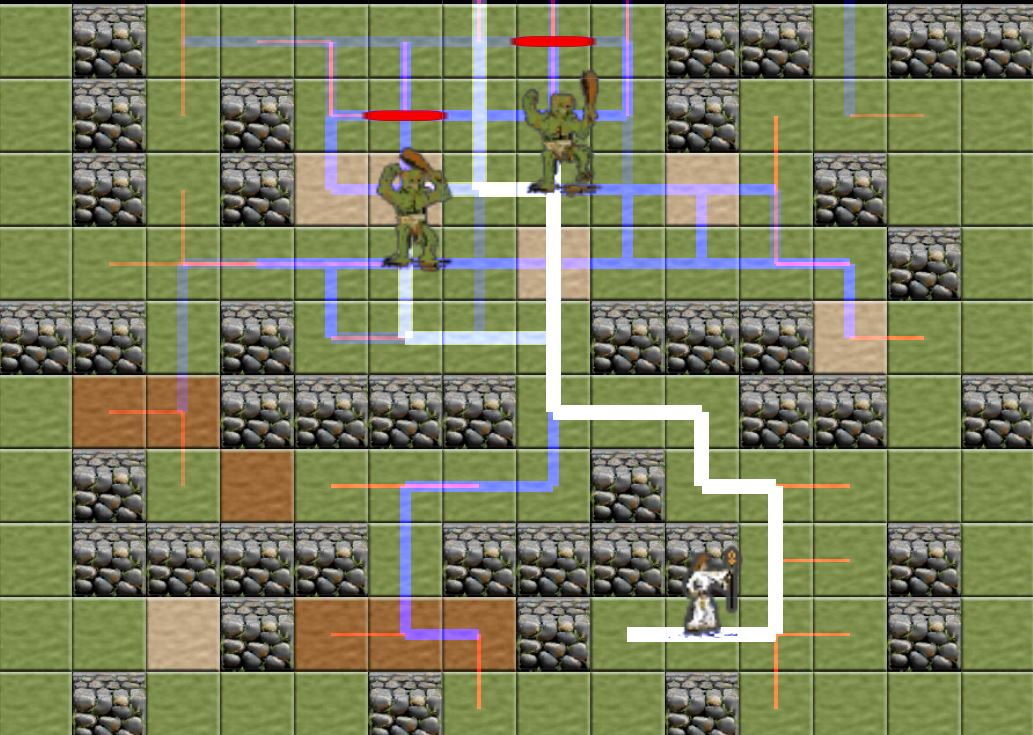 Of course there is a lot of nuance that goes into all of this after the basic implementation. For example:

But the big question before I started was the question of how well the A* algorithm would lend itself to the hex-grid. And as I should have expected, the answer is "beautifully... it handles hex-grids beautifully". 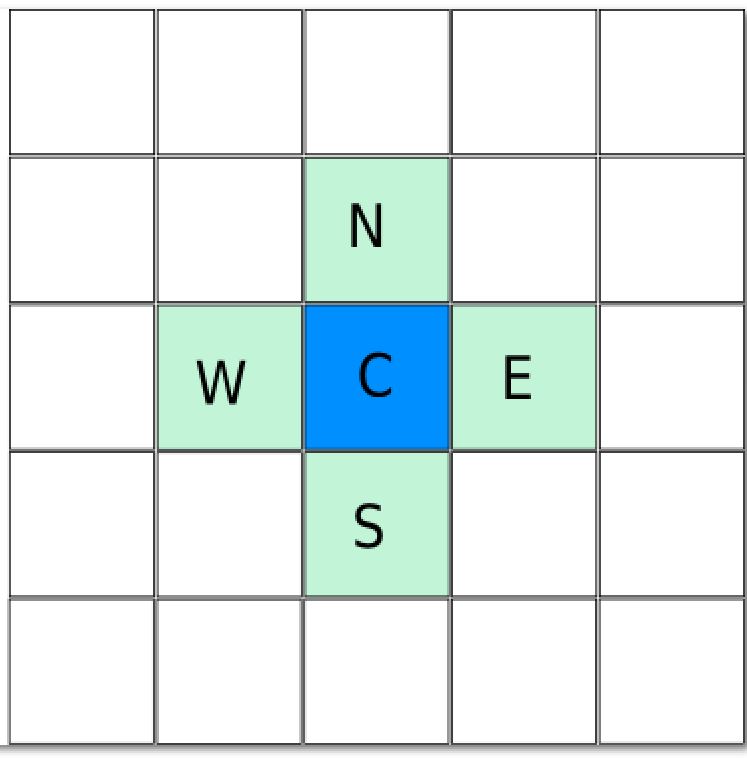 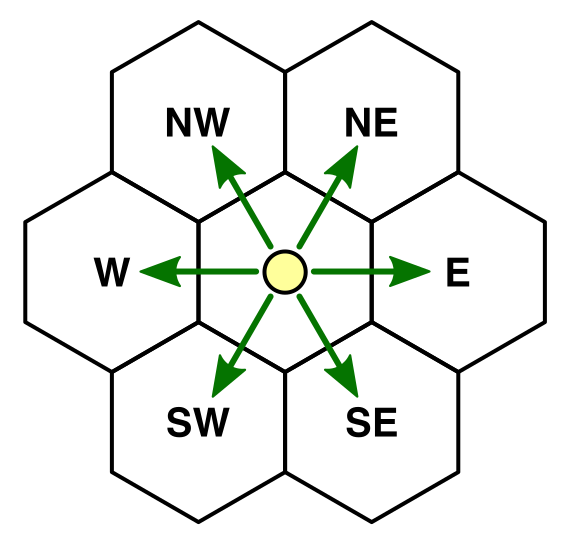 So for a hex-grid, we only have to place two more entries into the open list than we would if it was a square grid!

There is one small catch... What are the actual coordinates of those neighbors in the Unity Tilemap implementation?

Well, it depends on what row you are in.

So my code for adding neighbors basically looks like this:

See it in Action 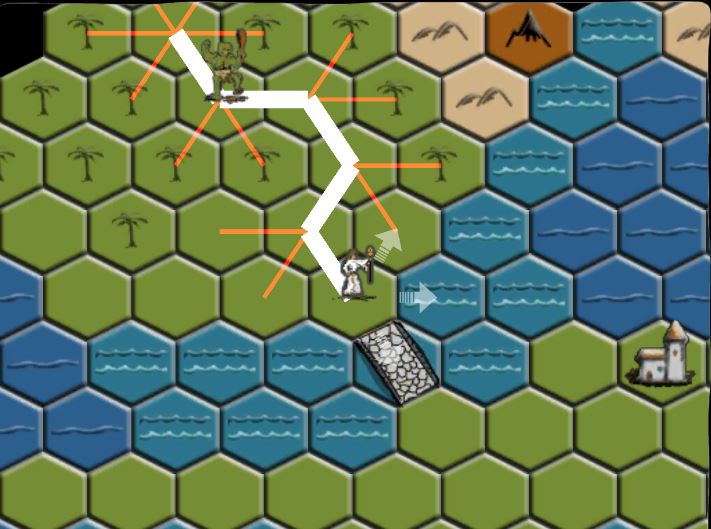 (Note that the Debug.DrawLine wasn't working for me, so I started with this DebugLine and modified it for my purposes.) You can find my updated DebugLine code at the bottom of this post.

Putting it all together in motion is where it starts to get fun. Here is a short video that makes it hard to believe it really was that easy!

Until next time, happy coding!

Today is a quick update with the announcement of our uploaded gameplay video as well as an opportunity to discuss goals with our music tracks.

Building a Conversation System for CRPGs

Simulating a conversation is one of the most challenging things for any CRPG! Lets talk a look at where traditional approaches may have gone wrong.

In Memory of Eric Bealer

The brilliance of classic RPGs (Computer or Tabletop) is the artwork that inspires the imagination.

Using a hexagonal-grid for wilderness maps in combination with a square-grid for dungeon maps creates a great effect, but comes at a surprising cost on...

This is an update to DebugLine. It is adapted for my needs and maybe it's useful for you too. =

When will this game be released?

Indie
Tags
Embed Buttons
Link to The Euphoria Project by selecting a button and using the embed code provided more...