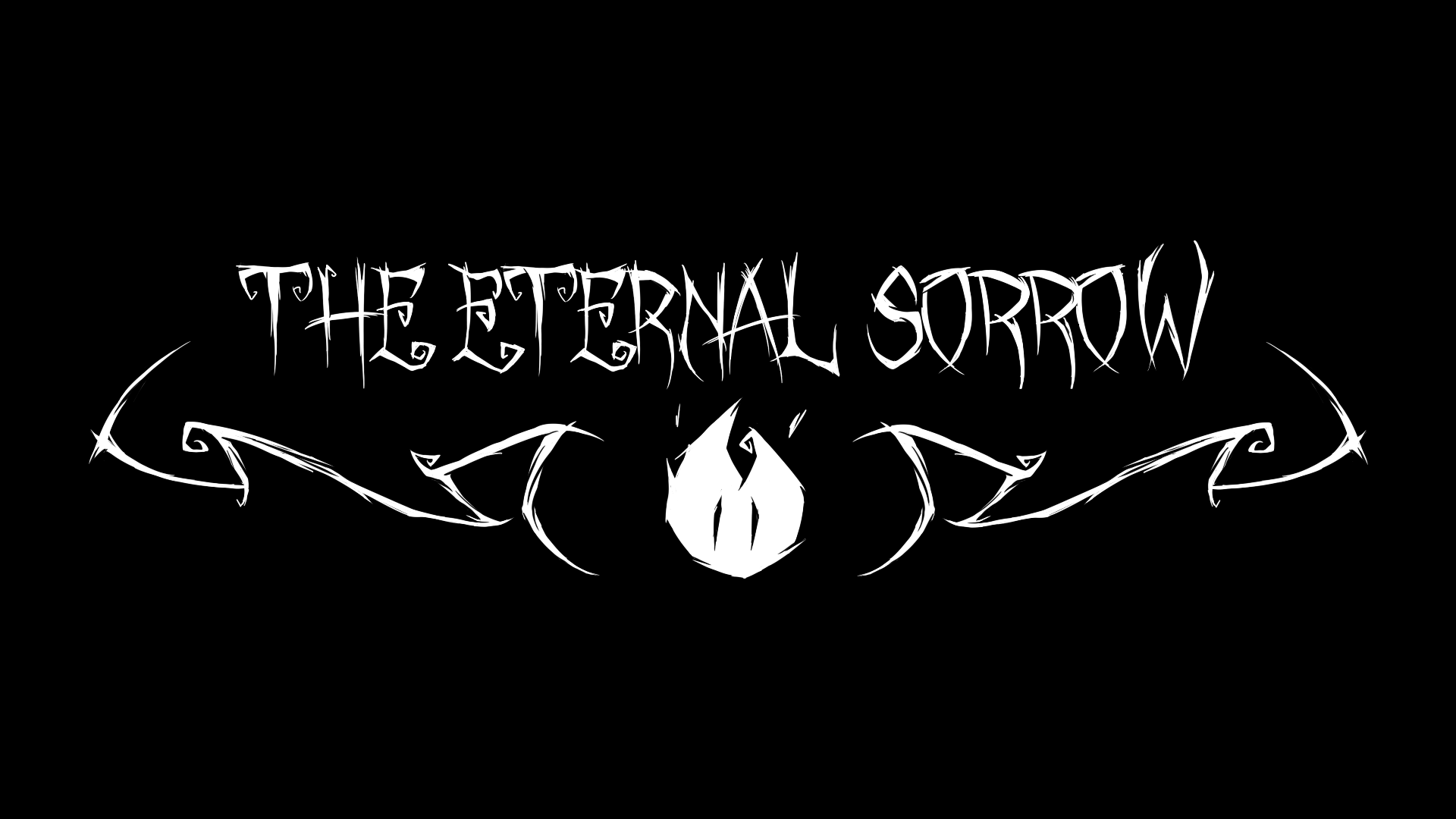 “According to the legend, a tormented soul wandered deep within the Underworld, desperately trying to come back to life. The soul was called Sai, but there was not much left of the man who once possessed it. Drawn by darkness, Gamenoth, Lord of the Underworld, decided to challenge Sai. If the tormented soul was able to find his chambers, lost in the depths of Eien’s Keep, he would grant Sai’s wish.

Sai accepted without hesitation, unaware of the evil intentions of Gamenoth, who had sentenced him to wander around a dangerous impassable dungeon for eternity…”

The Eternal Sorrow is an action / platform / roguelike game (2.5D) and the perfect mixture of macabre and comical elements. The player has to overcome several challenges in each dungeon, fighting against hordes of enemies that will show up from every direction to go through Eien’s Keep.

To overcome these challenges, the player has a huge arsenal of weapons and different skills that he will find hidden in chests, when the player defeats enemies or destroys obstacles. However, starting from scratch, going back to the first dungeon and losing all weapons and skills earned along the way is a real thing in this game if the player fails the mission and is defeated. Nobody said that wandering around a dungeon for eternity would be easy… but that doesn’t mean you won’t enjoy your journey! This feature makes the game more intense and enjoyable.

After reading all this you may be thinking that our game has a steep learning curve which could mean an excessive difficulty. However, the difficulty of the game and the offensive skills of the player increase at the same time so that everything is always balanced. The result of all this is that everything depends on the players and how they use the tools found along the way.

Our background games are Risk of Rain and Cavern Kings, which we have used as a reference for different characteristics of our game like the collecting system (skills and weapons), the permanent death (each game starts from scratch) and the fact that the contents of every level change randomly. We have used other games, like Castlevania and Metroid, as references for the exploration aspects.

No two games will ever be the same

Enemies, skills, weapons, power ups and special challenges will never be the same. All the elements the player finds in the way through Eien’s Keep are randomly placed on the dungeons so that no two games are ever the same. You never know what you could find! Our main goal is to create a game that you can play as many times as you want, and we also look to encourage the player to keep playing in order to develop skills or just out of curiosity. 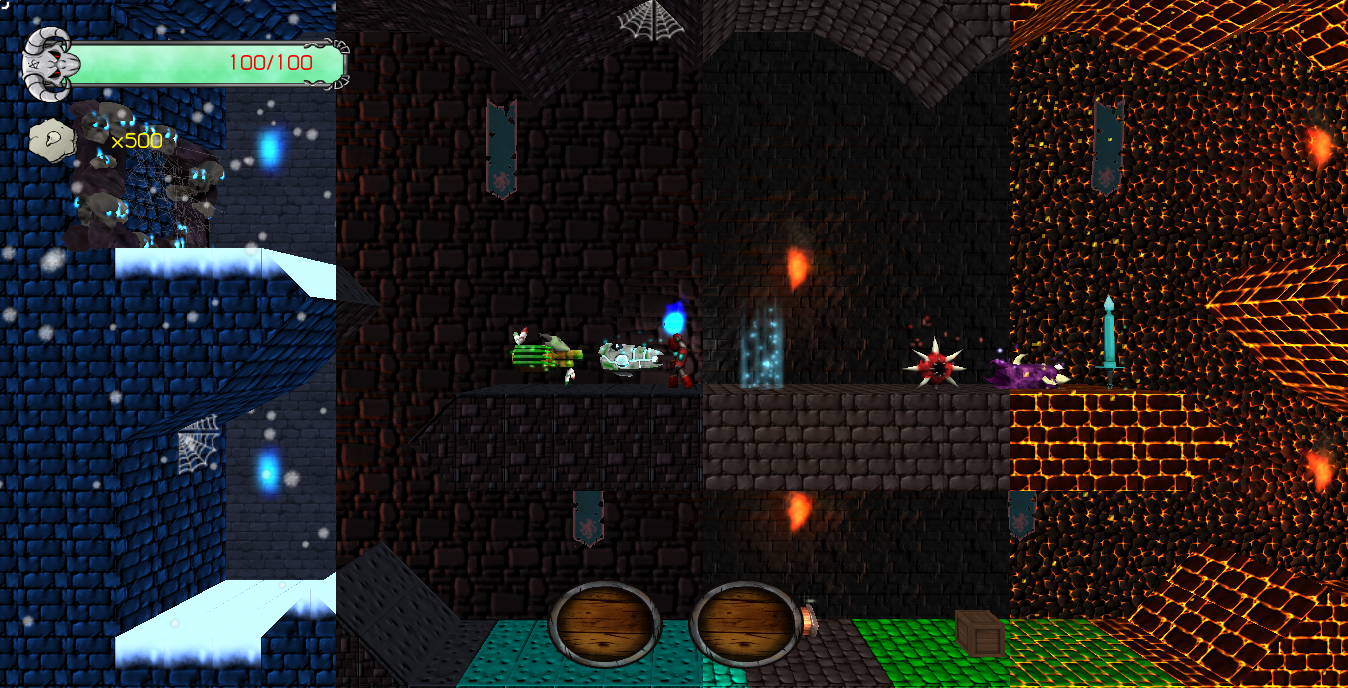 To fight endless hordes of enemies, the player can use a wide range of weapons and each of them is be unique and different from the rest. This way, the fighting technique in each dungeon depends on the weapons used each time.

At the beginning of the game, each player gets two weapons and this is the maximum number of weapons the player gets, that is, one in each hand. Even so, the player will find new weapons along the way and will have the opportunity to change these weapons for the new ones.

However, as we have already said, there are many weapons and each of them has different features, even within the same group of weapons.

What’s more, each weapon has a main attack and a second one that is even more powerful. The main attack can be used as many times as wished, while the second attack can only be used under certain circumstances. We will talk about that in the future.

Learning to use each weapon and its attacks depending on the dungeon is vital for the survival in Eien’s Keep.

The player can use each weapon separately or at the same time.

These objects are very usual in the game and they can increase or decrease Sai’s attributes. They are crucial for the players if they want to survive in the dungeons. Each power up has a rune and a color that changes depending on its effect, but the players will never know what the power up can do until they pick it up. This way, it’s up to the player to pick the power ups or not. What’s more: the colors and runes of each power up change from game to game, so it is vital to memorize the effects of each power up in that specific game if the player wants to avoid any unpleasant surprises.

These objects are very important because they give Sai temporary power. This power can change from an extra jump to a halo that can damage close enemies or even allow him to suck out energy from them, among other things.

Moreover, you can collect as many skills as you want. This is very interesting because the more you have from the same group of skills, the more powerful they become.

Enemies will show up nonstop in each dungeon so you better fight and kill them or Sai will be in trouble. The player, stepping into the unknown and the terrors of Eien’s Keep, never knows what enemies will show up in the dungeons.

This enemy creator system is key for our game because we want to make it very unpredictable and this system selects the enemies in a balanced way according to the skills and level of the player. The challenges and enemies will increase at the same time the skills of each player increase.

Each level or dungeon is randomly chosen so that every time the player starts a new level, the game chooses a specific template and loads the different attributes too to adapt the dungeon to the level of the player in that specific moment.

This way, we can change the same template by using different elements like locations, power ups and enemies so that there are endless possibilities in the same game.

And that’s it for now! We hope you didn’t find it boring! Don't forget to download and let us now your opinion about the game.

Thanks for your support! Regards from the team! 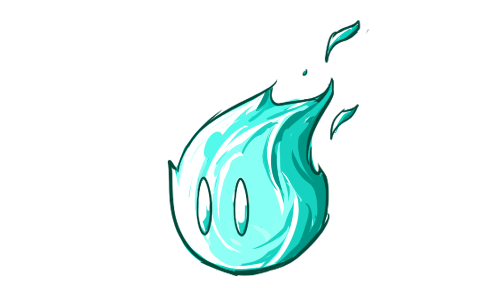 To promote The Eternal Sorrow and grow its popularity (top games), use the embed code provided on your homepage, blog, forums and elsewhere you desire. Or try our widget.

YOU NEED TO EXECUTE THE GAME WITH ADMIN PRIVILEGES --------- The Eternal Sorrow is an action/platform/roguelike (2.5D) videogame and the perfect mixture...

Soulblight is a dark, unforgiving, top-down action roguelike luring you to cross the thin line between good and evil. Embrace your flaws to survive a...

Rogue empire is an upcoming roguelike rpg with a tailored rich story and custom made worlds.

Wayward is a challenging turn-based, top-down, wilderness survival roguelike. Explore, build, and most importantly survive in these unforgiving lands.

Do you have what it takes to reach for the stars? Stellar Stars is the 1st Ever Multiplayer Online Rogue-lite Arena (MORA) that passionately cooks the...