Congrats to everyone who is following us! We have received the Green Light on Steam!!!


The enhanced game will include a large amount of new content from elaborated cut-scenes, expanded game locations to in-game events. Added interactions with the environment will be enhanced by highly detailed locations and an updated and higher quality standard of audio. The improved visuals will be achieved by transferring the game over to a newer version of CryEngine which is more technologically advanced, and allows us to further encapsulate the games intended atmosphere. In addition to this a member of our team has the ability to use photo-scan allowing us to achieve a high level of realism and immersion. 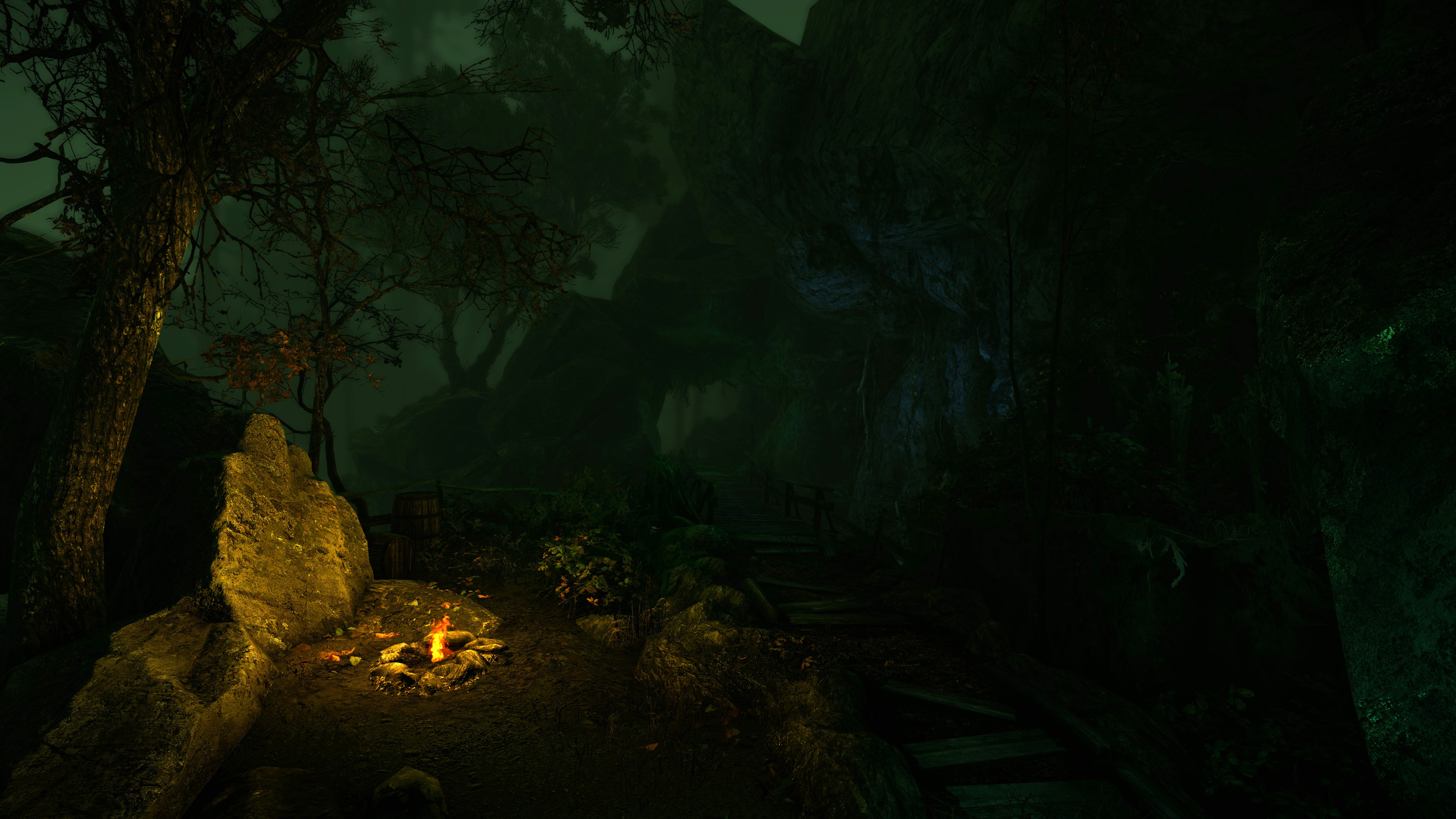 Growing up in a rural area the character you play as has always been warned never to venture into the Cursed Forest a couple of towns away; but he has never learned why. When his mother has a severe heart-attack and is taken to the hospital he knows that the quickest way to get there is through the forest, and if he drives around it he may not get there on time.

He enters the forest and drives down the poorly constructed road, the trees seeming to tighten around him and the canopy above blocking out the light. As a large dark shape he cannot make out scurries across the path in front of him he swerves to avoid it and crashes into a ravine.

Lost in the forest he finds himself uncovering terrible secrets from the past, and there are dangerous things lurking amongst the trees. Can he solve the mystery and end the curse? Well, that depends on you.

Q: On the screenshots you show mainly the default content of CRYENGINE EaaS, will you leave it as is?
A: We used the standard assets mostly for prototyping, later they will be completely redesigned, and we are already working on it. In addition, the license allows us to use the standard SDK assets for commercial purposes.

Q: How does the original game creator feel about your development of a remake?
A: KPy3O is a part of the team Noostyche. He induced us to create a remake. And he is very glad with that opportunity.

Q: Will that game be free just like the original?
A: No, it will be commercial. We want to significantly improve the game and even make a sequel, and it's almost impossible to do without money.

Q: How much the game will cost?
A: It will be around $8-10. The price will depend on how much will be done, the short game is not going to be expensive.

Q: Will there be the game cards and achievements?
A: We are planning to add them in game.

Q: Is there going to be Linux and consoles support?
A: Due to the difficulties with licensing of these platforms for CRYENGINE, there aren’t many chances, so right now it’ll be only for Windows.

Q: Will the game be translated to some other languages?
A: Localization is quite expensive thing, so the decision depends on the many circumstances. We will examine the community requests and will decide about making more languages.

You can download the original Free version of this game here.

Good day! Since there has been a week without any major updates I think that this would be a good time to introduce myself.

My name is Berezin Igor. I am a fan of the band Pantera, a self-professed psycho but more importantly to you I am the scriptwriter of The Cursed Forest. I’m also the guy who handles publicity, bringing you fresh news about our project, and the group’s translator (with a special thank you to Reanne Weavill for helping to edit these texts into English).

I have worked as a scriptwriter for the past 6 years, starting when I was university student and selling my scripts to individual clients. I had many ups and downs during that time and throughout my career, but always endeavoured to be constantly improving my art. Working with Andrey KPy?O (the author of the original Cursed Forest) is a pleasure because we have similar tastes and visions regarding game creation. Our discussions surrounding the project are always very productive and we come up with new exciting ideas every time we talk.

Personally I am an avid moviegoer and love to analyse different mediums; anything from books to video games. However for me the most important element of any project is always the script. My obsession means that I strive to fill my scripts with original and interesting themes to captivate my audience. My main mission in the creation of our games is to defeat the monotony of in-game notes that have started to invade the genre. These should be rich in detail and expand upon the world around you, enthralling and delighting the player, not something to be skipped over. In this respect I am working very hard, focusing specifically on improving the games atmosphere in order to make it more ominous, creepy and engrossing.

I could ramble on about myself, scriptwriting and the tough life of an artist forever, but should probably conclude here and reward you for surviving this text! At the moment we are working on improving content within the game and we’re delighted to present you with some new screenshots and sketches below. Soon you will be able to walk along this path and plunge into the horrifying events that have plagued the Cursed Forest. Also check out some concept art of a new location we are working on… What lies inside the cave? 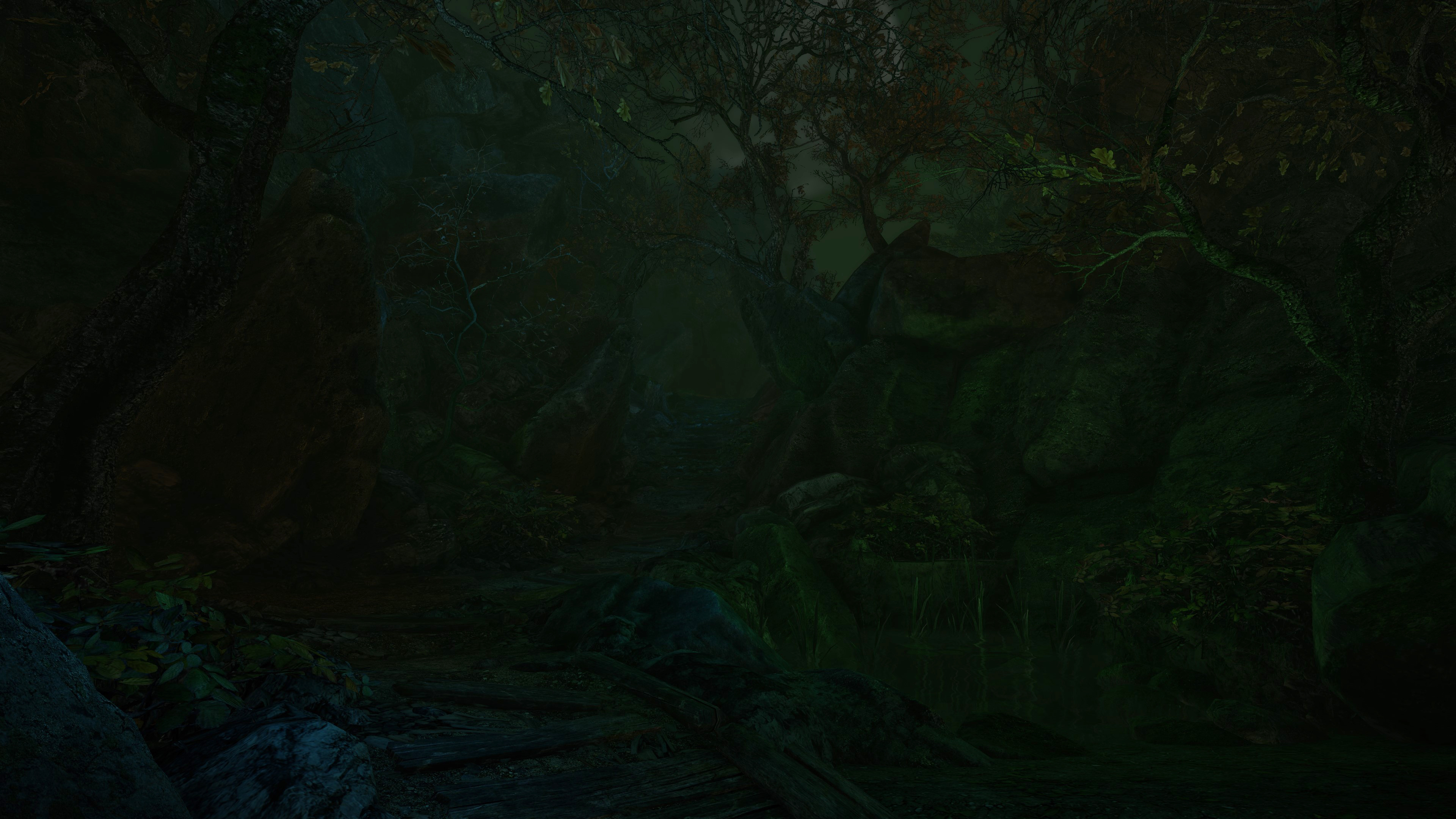 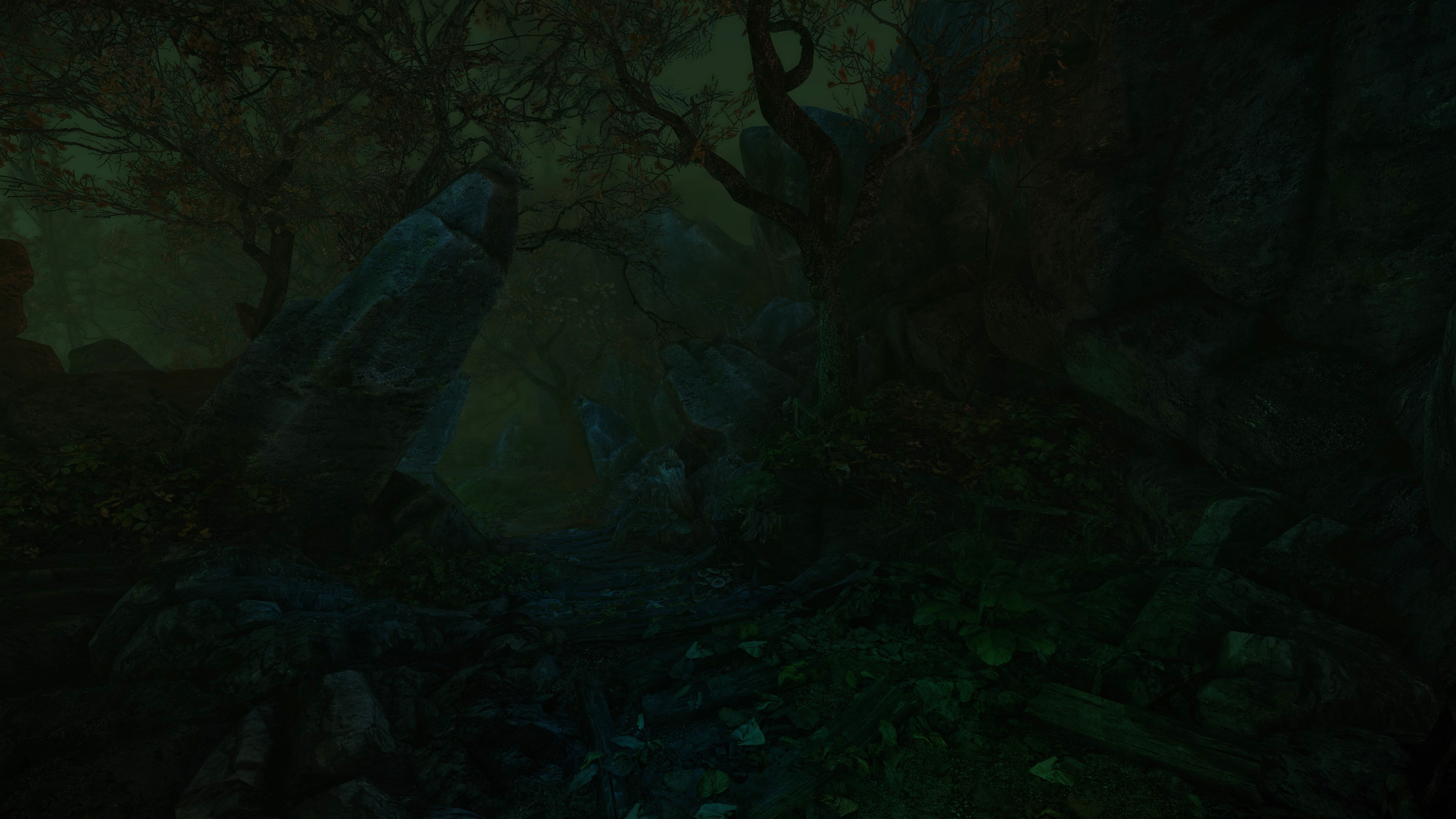 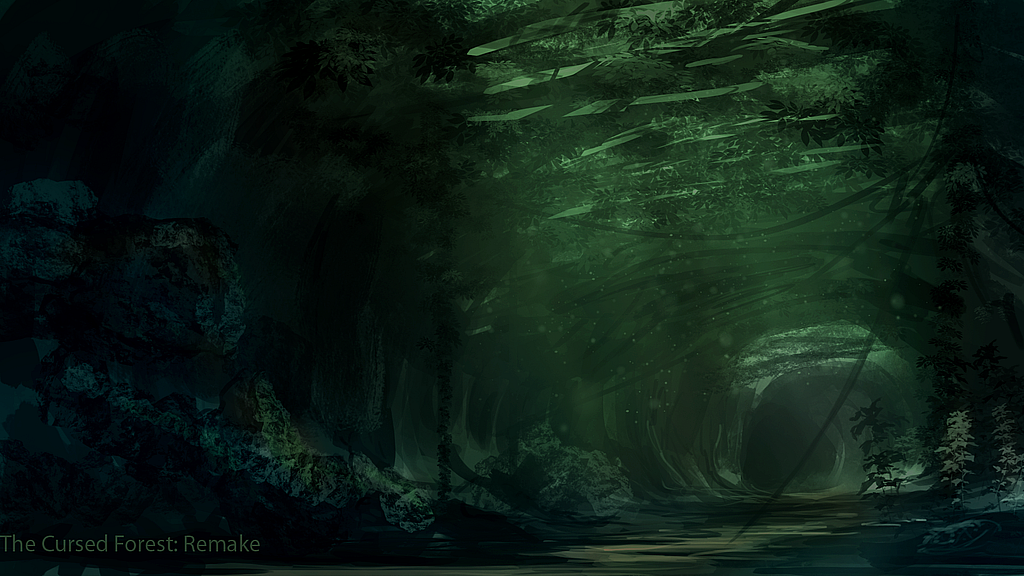 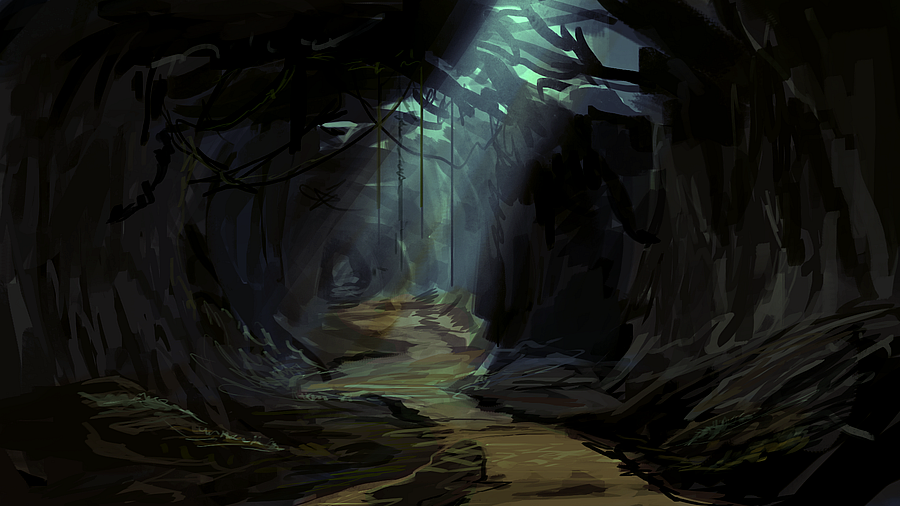 We did it everybody... The Cursed Forest has been Greenlit!

80%! One step closer to the Greenlight Top!

We are proud to say that we are already complete 80% of the way! However there is no time for us to rest as there is a lot of work to do!

Thanks to your support The Cursed Forest is already 50% of the way to appearing on the Top 100 list of Steam Greenlight.