In The Broken Hourglass, players control an ordinary citizen of Mal Nassrin, fading star of the Tolmiran Empire. The city is under siege by some unexplained and unidentified magical force--no one may enter or leave, and the city's water supply has been reduced to a trickle.

Caught in a devastating explosion which obliterates a large area of the city, you begin the game as a recuperating refugee caught up among an eager group of vigilantes and makeshift militiamen hoping to put the city to rights before complete chaos takes hold.

Development of The Broken Hourglass abandoned

The development of The Broken Hourglass has been abandoned by the official team.

This is the official news:

JasonCompton wrote: Planewalker Games LLC is formally abandoning development of The Broken Hourglass as a commercial product. I have concluded that it is infeasible for PWG to deliver the game promised, and unacceptable to try to market a product that would not meet expectations. I take full responsibility for this decision and the factors leading to the conclusion.

It is my intention to release the game materials for TBH and the underlying WeiNGINE game code in some open source/open content license model which will permit the ongoing exploration and development of the game as a non-commercial, community project. The exact licenses and scope of this public release have not yet been determined, and there is no specific timetable for this public release to happen. The intention will be to give the greater community the best chance possible to explore the potential of TBH and to honor the efforts of the dozens of people who have been involved with TBH's development over the years.

Support from RPG players and press has been overwhelmingly positive and constant during the long development cycle of TBH and I am extremely grateful. It remains to be seen if PWG will attempt a commercial project of more manageable scope in the future. Until that day, please accept my apologies for coming short of the mark, and my thanks for your interest.


It seems to be very sad news for fans of isometric cRPGs, especially considering this game was supposed to be developed & released for Linux and Macintosh platform as well.

The only consolation is that the development team promised to release the engine and its source code for use to all, but there's no definite timetable yet. 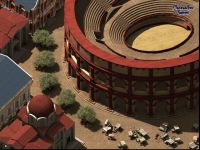 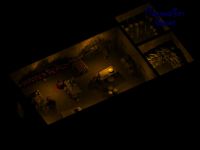 Introduction to wscript in The Broken Hourglass

This tutorial gives a brief introduction to wscript, the functional programming language used to govern event scripting in The Broken Hourglass...

Introduction to XML data in The Broken Hourglass

This tutorial introduces the XML data format used in The Broken Hourglass, including concepts of data tables and templates.

The development of this game has been abandoned... Read more about it by clicking on this link: Planewalkergames.com

However, the development team "has the intention to release the game materials for TBH and the underlying WeiNGINE game code in some open source/open content license model which will permit the ongoing exploration and development of the game as a non-commercial, community project" (from the link above).

I've been tracking the game for quite a while, but I just discovered you guys have a page on Moddb. Hope to see some more updates here.

Is it me or are those two screens reminding anyone of Baldurs gate 2? Not that its a bad thing, i'll track once theres more news on this one

Hi,
I am wondering if this game has any music. If it doesn't, I am a composer, and I would like to compose music for video games. My website is brennananderson.com. Go to the "Portfolio" page to hear some of my music. Also, if you know anybody who needs music for a game, and I have the style of music that they want, please refer me.

Tags
Embed Buttons
Link to The Broken Hourglass by selecting a button and using the embed code provided more...