The Architect is the twisted sci-fi/abstract labyrinth game which makes you ponder every move you'll make.

Thanks for voting and helping The Architect on it's quest to become the 2021 Indie of the Year. You are now in with a chance to score some free games. Help this game secure more votes by embedding the widget (or link) we have included below on your favorite sites.

TIRELESS: Prepare For The Adrenaline

I posted the Beta on 4 places:

On IndieDB and itch.io I posted the betas without any notification. This means, that people who browse the sites downloaded the beta from pure curiosity.
So far, the stats are:

Most of itch.io visitors came from Facebook and Twitter posts. From Greenlight nobody was interested in the beta, or Valve has some dereferer, which I doubt. My interpretation is, that most organic Greenlight visitors aren't interested to play the game's beta actually.

Most feedback I received, was from sites where the review request was a bit personal (reddit, Twitter and Facebook)
Fixed around 10 issues and posted a second version of the beta by the time writing this article - mainly because I had a crash, which showed only one time at 3 players. Of course, I couldn't reproduce it.
Generally, ones who gave feedback were cooperative, so I must say, it was a cool experience.

Right before the Beta going, my designer-friend suggested couple of changes. I do trust him, so went with the changes.

The first one was the Info Window in the upper right corner. Now it matches the game's visual style, but isn't enough to get observed by all players. 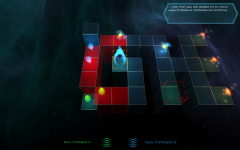 We changed the story driving on the first level, but won't go in details. If you want to give it a spin, the beta is available in the Downloads section of this page.

Also, the 3 optional training levels got finalized. I felt, that we need these because most people find the game's controls moderately difficult.
The following images are from the 3 levels. Actually, the third one is my favourite. 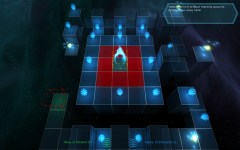 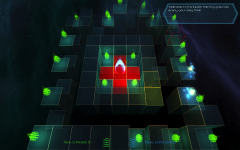 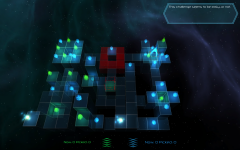 I'm continuing with non-development work for the very near future: preparing for the press, finishing presskit() details...
You may download the beta and try the game from this page's Download section.
If you like the game, please support us with your vote on Steam Greenlight!

In preparation for the Beta

Preparation for the beta is harder than I thought. I always want to add small features/fixes I got from a closed circle of players before going public...

What happens when a designer kicks in?

These days I asked my designer friend to draw some cover art and icon...

It's been a bit more than a month, since I launched the first beta of The Architect.As you may know, I had the closed beta open for about 48 hours: I...

Indie
Twitter
Tags
Embed Buttons
Link to The Architect by selecting a button and using the embed code provided more...

TIRELESS: Prepare For The Adrenaline Platformer