The Ancients is a 2D RPG=Sandbox-Simulation game, using classic-retro pixel graphics to map out the world as an eye-widening, expansive realm that will take literally days to cross on foot.
Either as a simple tradesman, farmer, peasant or mercenary, you'll find some way to enthrall yourself in the world of the ancients. Find yourself debating philosophy with Polybius, writing poems with Marcus Pacuvius, rebuilding Carthage under Hannibal, or start the game as a returning victor from the punic wars.
Or, on a wider scale, join the Britons in their roundhouses, the Siberians on their hunts in the unforgiving northlands, the Proto-tibetans in the mountains, the expanding Han Dynasty in the far east or the Bantu tribes of the Congo.
The Ancients is a game set on Earth. In 200BC. The Roman Republic is slowly taking the mediterranean by storm, the second of the punic wars has just ended, yet the war against Macedon has just begun - and this is just in Italy.
Travel and explore the land and peoples, from the Lusitanians of the Iberian Peninsula to the ancient Ainu of Japan.

The Ancients aims to give the player the ability to jump into history, anywhere on Earth, and not only enjoy playing in that culture, but also to learn about it.

It's been a long four years working on this project, with many failed attempts of getting it off the ground. However, I've hooked up with my old friend EBrown who I've known and respected for many years, known in the community we both once thrived in, for his programming.

I never gave up on The Ancients - I came close to it a few times, to be honest and indeed a few months ago I was ready to lay it to rest - till EBrown popped up one evening and I thought, what the hell, let's see what he says.

A couple of months later and we're beginning to make headway with a custom built C# engine, with many new, exciting realisations and possibilities that I never thought Ancients would be able to achieve. Here's a few of the new features.

Server Allocation & Huge World
Every tile is 1m^2.
Every chunk has 128^2 tiles.
Every area has 256^2 chunks.
One area is one server.
One theatre supports a variable amount of areas, for Italia is about 31*30 areas.

A theatre is a world location, such as Italia, Britannia, Hispania, etc.
The game is not to scale VS real life, it's about 3:1.

Each server is hosted by the player, with many areas hosted officially - so you can jump in on your favourite server with a friend, lock out anybody else or just allow friends into your own version of the world, or play on a different server each day at random.

You have a (selection of) persistent "Heroes" as we call them, in the mythological sense, that carry on with their stats, equipment and anything they can hold as they travel across the world - always able to return home at any point, where it will be waiting in whichever server you left it... if it hasn't been ransacked, destroyed, overtaken or overgrown.

Dynamic Wildlife
The wildlife in each area will go up and down depending on hunting, births, natural deaths and predator kills.

Politics
When you start a settlement, you can set the succession laws, legal laws and punishments. Or live by the ones in another settlement by another player.

NPC Automation
NPCs have needs and desires, going about their daily lives fulfilling them. Some may wind up in politics and affect the way a settlement grows, the laws it enacts or the businesses and homes they allow the construction of. A settlement may allow for one single overlord, or a council of many.

Religion
Religion is and always will be a strong denominator in Ancients. Omens, Sacrifices, Rituals - all that good stuff. And now, we've made it so that the player can form his own religion. Choose or create gods and goddesses, how many their are, what they expect as worship, etc etc.

Guilds
Form guilds and choose a major "trade" (Or, reason of being). Then choose a limited amount of "services". From these, missions will be generated and will affect how the guild grows, and what it requires to do so. With that growth comes power, and with power, comes influence over businesses, houses and politics.
Fight over guilds in major battles on the streets, or covertly bring them down from the inside.

Duels are now intense battles of choosing the right choice at the right time. Hitting the right key in an ever-increasingly quick battle. If they're being too powerful, take them down with a sly or dirty move, or if they're being too withdrawn, coax them out. Hit the wrong key and you're going to be in trouble. Either way, it comes down to an advanced game of Paper Rock Scissors.

Major Battles are numerous minor battles, with one commander behind them all. The commander oversees each field but cannot partake. The commander gives orders that appear as icons and arrows to the allied combatants, giving them direction and advisory actions.


There is so much more to Ancients, but it would take me a long, long time to read it all out. I'd love to see some of the old faces showing up, so please, drop in on our newly set up (and pretty ugly) forum. Hope to see you there!

Oh, and, here's a couple of screenshots of current progress - naturally. 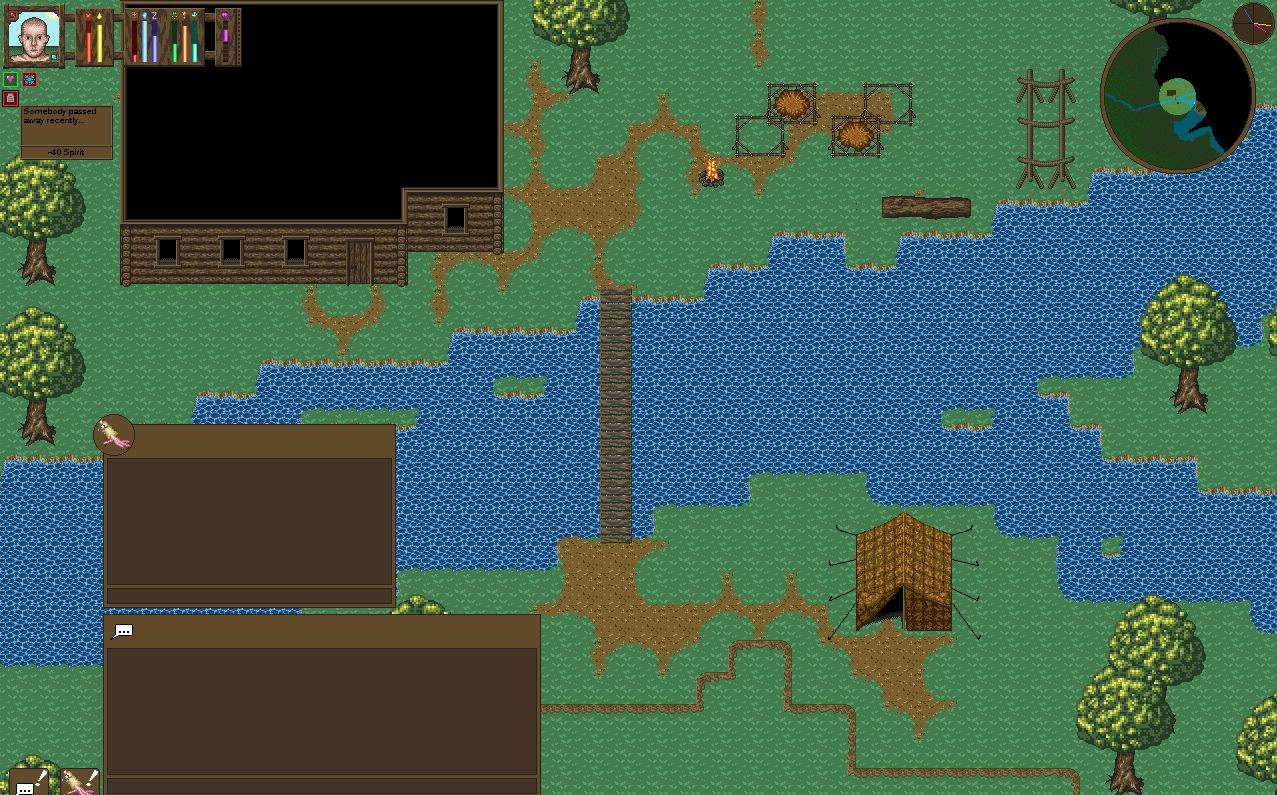 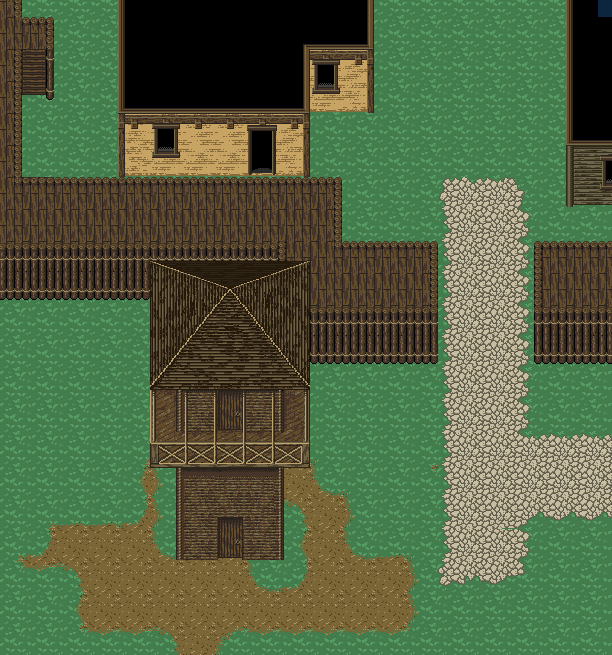 Howdy guys! Just a heads up that Ancients is back up and running, and I just wanted to get into contact with all the previous followers of Ancients.

The Ancients is now available on Kickstarter! Let's get this project finally going!

After much deliberation, I have come to a final conclusion on my course of action with Project World/Project Terra/The Ancients...

I've had to make a decision between the game being historically correct, and making the world balanced for player population and total sandbox control...

Yet another exceptional piece from Beau Buckley, for Project Earth. I present to thee, Rome at Night. (Heard in Rome... at night.)

This is a musical piece, in roman fashion, made by Beau Buckley for Project Earth's title. It may well be used for the title screen in the final product.

Just to let you guys know, a programmer has arisen. However, I'm going to spend more time focused on development than community interaction/information. I'll keep you up to date on major, actual developments, however.

I'm afraid that Neil is no longer capable of working on The Ancients.

Back to the recruitment stage... sigh...

What are you looking for? :)

An experienced programmer that will actually stick around and work effectively.

Wow this game sounds cool, when is there going to be an alpha? and when do you estimate release?

Just as a question, how grand is the chance that there will be a port to Linux?

I just got back from France yesterday. Read this last night, forwarded it to Lightning this morning.

Lightning: Possibly. It's not the priority at the moment though.
Lightning: We'll release the game first, then we'll look into that.
Lightning: Tell him we're not a professional developer, it's just the two of us.

Watch out for Sunday. :)

I've just posted a new news update... Should be authorized by IndieDB's moderator team by tomorrow. The earleir the better!

Tags
Embed Buttons
Link to The Ancients by selecting a button and using the embed code provided more...