Paper Cowboys will support having multiple local and remote players in the same game!

I'd like to release Paper Cowboys for the PC, Mac, Linux, and for at least one console. It therefore only makes sense to plan ahead for having multiple players controlled by the same running instance of the game. Even without a console release, the idea of friends sitting around the computer with gamepads playing together can be fun.

Check out this short development video I made which demonstrates the game host bringing their player into it via keyboard, then a player joining from another computer, then the host bringing in a third player using a game controller.

I was able to get it all working by implementing these concepts:

Players and network clients are not the same thing

To develop a game like this, you have to think carefully about what defines a player. Is it a client? No, because a client can manage inputs from multiple players; just like how an Xbox One can handle eight controllers. Is it the actual character walking on the screen? No, because the character is just the means by which a player interacts with other players and the game environment. If your character dies, the player is still in the game.

Players and interfaces are not the same thing

My solution was to have player 1 choose whether to use the keyboard or joystick 1; and to have all the controls configured per-interface rather than per-player. Most of the time, player 1 will opt to use the keyboard. A second player can join in by pressing the start button on any joystick. No matter which joystick they use, they will always be player 2. That makes sense because, after all, there are only two players. If player 1 prefers to play games with a joystick, they can opt to use it. In that case, they can still use the keyboard to bring up the game menu or chat with other players; only they will be using joystick 1 for all the character movements. Other players can join in by pressing the start button of any other joystick. 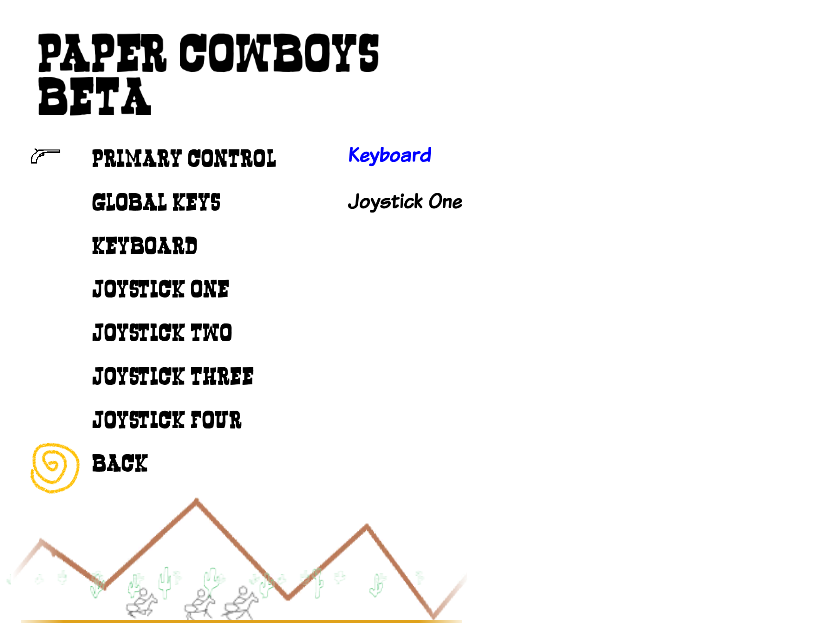 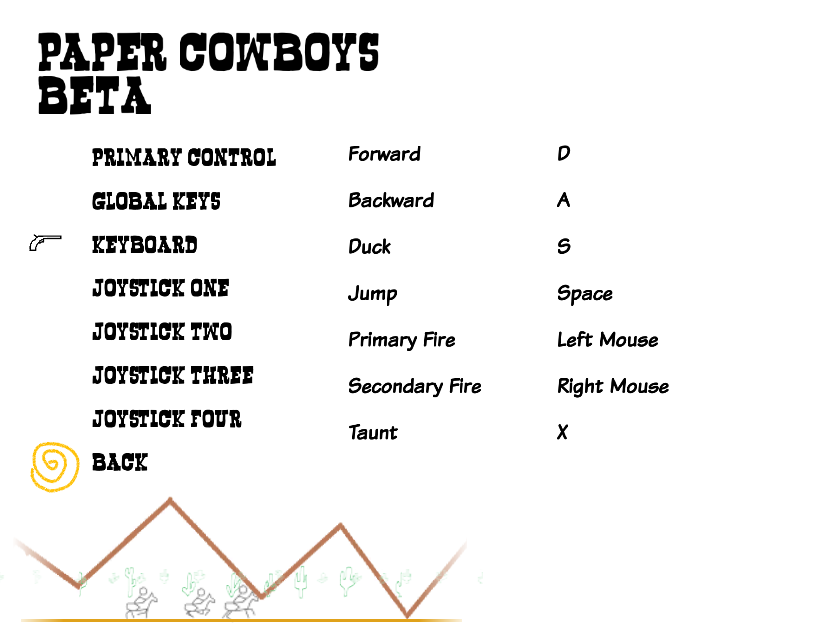 Now that I have characters spawning in the game, my priority is getting a playable level 1 ready for the closed alpha release. This will take a great amount of care because if a player is not impressed, it may be the last level they'll ever play. I'll begin designing what content will be in the level; and then design how to make it randomly generated :)