Terminal Protocol is a turn-based tactics game inspired by XCOM series and set in a dystopian cyberpunk universe. Become a hacker - command your viruses in cyberspace battles and manually aim their weapons to perform precision shots and ricochets. Develop your malware, destroy corporate defences and reveal their secrets!

Deep tactical, turn-based combat system based on covers and inspired by XCOM series. You are a lone hacker fighting against giant corporations. Be smart to defeat them.

Manually aim weapons of your viruses. Perform precision shots and cool ricochets to use the environment to your advantage. No RNG, only skill matters.

Find new and creative ways to manipulate enemy AI. Discover new ICE versions, learn their weaknesses and turn it against them. Reconfigure programs, disable their abilities. Hack your way into victory.

Three classes of viruses with different upgrades, skills and development possibilities. Develop each of them in your own way and adapt them to the mission conditions.

Fight your way through complex levels, that will test your tactical and strategic thinking in diversified ways. Hack corporate vaults, personal databases, secret science labs and even minds of the people connected to the cyberspace.

You were once a powerful hacker, but now, after a failed mission you lost everything. Your software is gone, and you have thirty days to pay off your debt to the mafia - one million credits. With the help of an old friend, you have to reclaim your position and reveal the secrets of the past.

Game graphics and audio are stylized for a retro feeling based on 80s cyberspace visions and synthwave music. That means our cyberspace is filled with a retro grid and a lot of adrenaline-pumping synthesizers!

Our Steam Page is Live! Join our Discord Server! 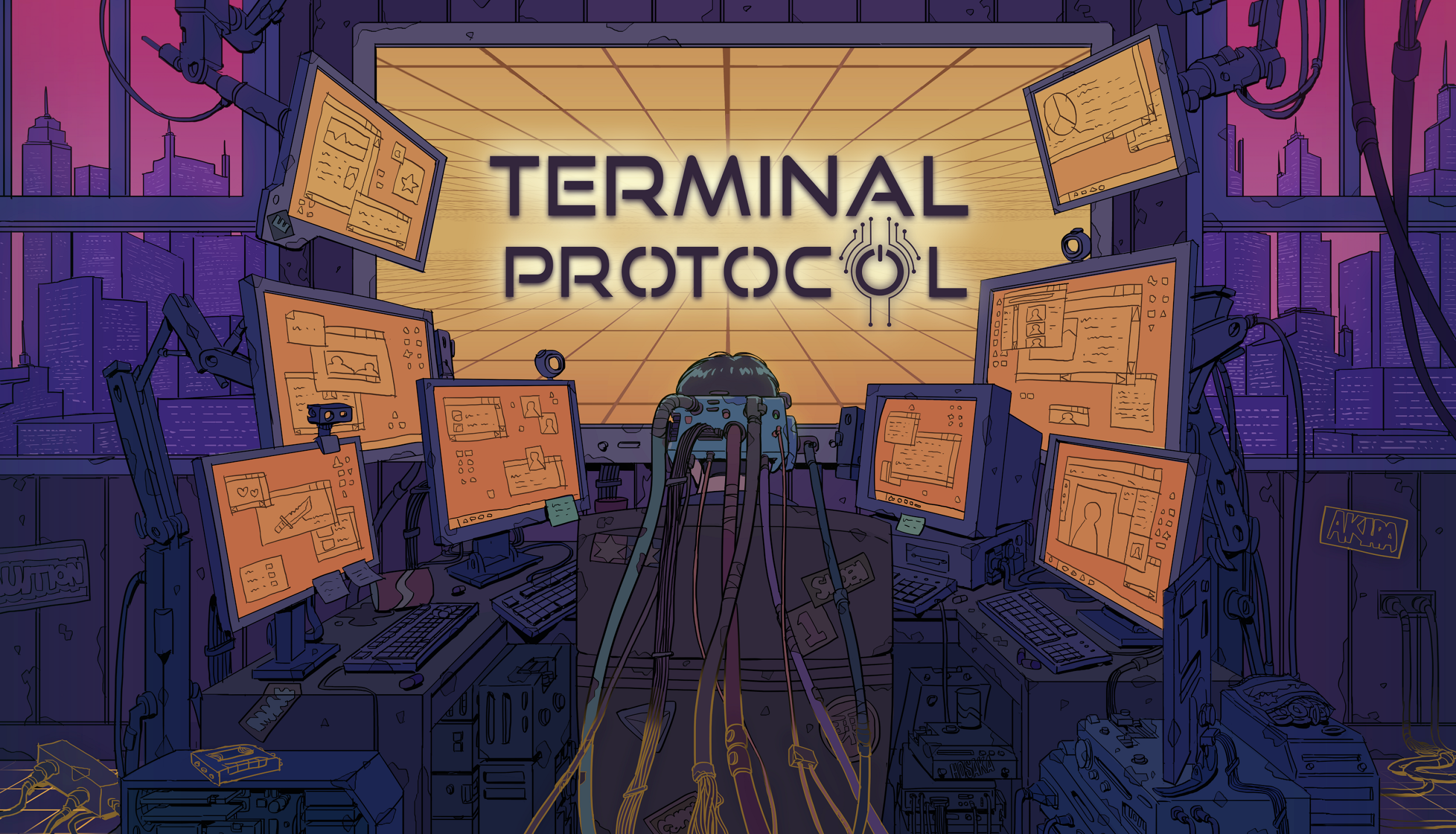 We just started our steam page and discord server!

After a year of hard work at No Rush Games we finally publish Terminal Protocol steam page as an upcoming product, so anyone can preview and wishlist our game.

This is a big moment for us and we encourage you to support our game by adding it to your wishlist, spreading the news and joining our Discord server.

Do you want to get beta access to the latest version of the game on Steam? Make a suggestion? Ask the developer a question?

Join our Discord community now and help us make Terminal Protocol the game you want it to be!

Yet Another Card Game Turn Based Tactics