Strategy Mill has been an innovative designer and developer of PC-based strategy games. We love gaming and focus on creating well-designed, highly enjoyable entertainment experiences.

Our aspiration is to put strategic power into your hands, allowing you to command and wrestle with the large-scale challenges of our recent history. We love strategy games (more than you can imagine), and making a Cold War game means that it is vital to get the most knowledgeable developers in that historical era. By recruiting BL-Logic, we've done exactly that.

Additionally, exquisite visual experiences are being done by our industry veteran partners, Scribble Pad Studios (USA), and Polywick Studios (Singapore), whose previous game development experiences include Arsenal of Democracy, Tomb Raider, Uncharted 2, The Last of Us, League of Legends and many other known titles.

Command history in this most definitive Cold War strategy game. Gain access to your retro terminal and assert dominance through strategic arms races and disarmaments. Balance the world on the brink of mutual assured destruction to ensure total victory!

• The Space Race is on! Will you claim technological superiority?

We ask for patience as we roll out three distinct Editions*:

*Extra content does not provide you an advantage in Multiplayer. When connecting to a player with a higher tier DLC the game for both players will always play the highest DLCs available. 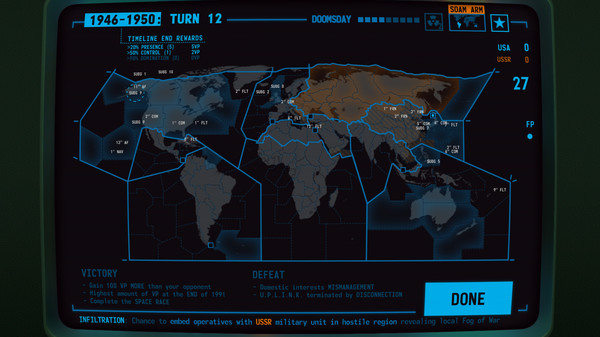 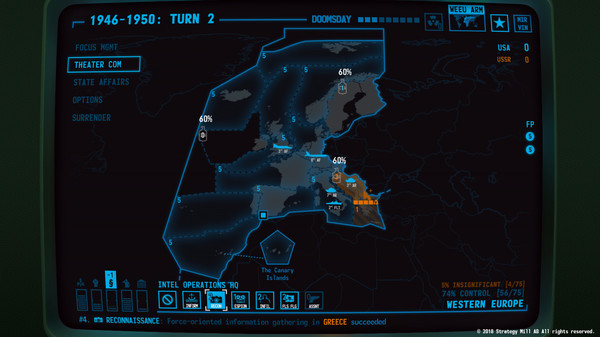 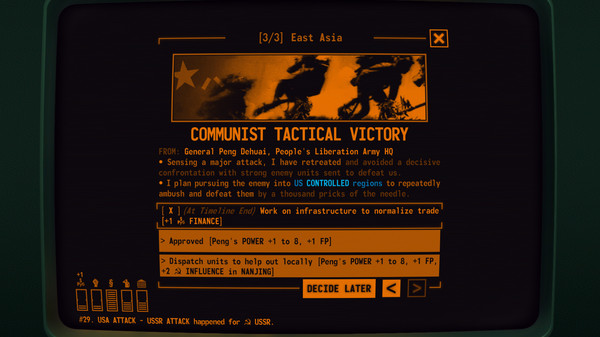 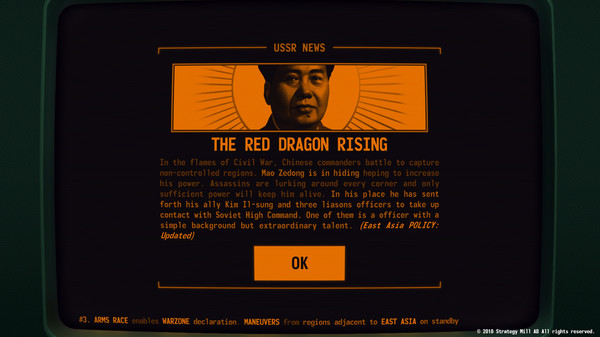 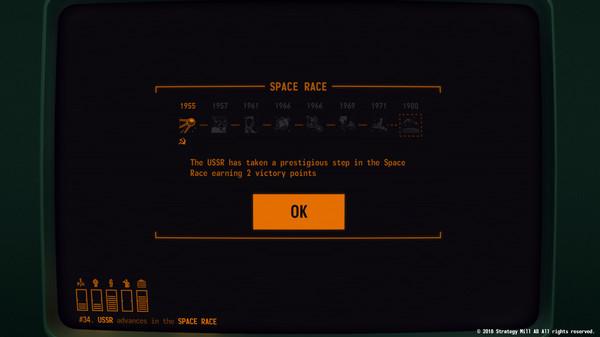 Frithjof Nikolai Wilborn, explores new policies for the Middle East. Abdel Nasser awaits, with the key to the Suez and a policy at the heart of Cairo...

Loving strategy games and a Mac or Linux fan? Come join our BETA team as we are expanding with 4 new BETA positions and enlarging our international team...

Power struggle in the Middle East? Not a problem! Join Frithjof Nikolai Wilborn through the strategic landscape of Terminal Conflict's Soviet power brokering...

Today, we announce that Leif "Greatexperiment" Miller, renown for his acclaimed "The Road to 56" mod for Hearts of Iron IV, has joined our team!

Congrats on finally getting it up on Steam! Definitely a huge step. :)

Game looks fantastic, hopefully the game will be released even if Kickstarter fails... :/

So Wargames finally will have a game that looks really good !
Subscribing :D

Very happy to see people excited! Hope you like what is coming up later today.

Storm over the Pacific Turn Based Strategy

Civilization IV: Beyond the Sword Turn Based Strategy