Run the turtle character to the finish line by quick-solving picture quizs.
This is a mini game to test your finger reflexes, a game of quick brain-finger coordination.

Thanks for voting and helping Tap 'n Dash on it's quest to become the 2021 Indie of the Year. You are now in with a chance to score some free games. Help this game secure more votes by embedding the widget (or link) we have included below on your favorite sites.

Inspired by Japanese arcade game like 'Hyper Bishi Bashi Champ', and combined with the 'Runner' element in mobile games, this uniquely-packaged game is made.

By design, 'Tap 'n Dash' is focusing on the player's 'Reflex' and their earned 'Hi-scores'.

On gameplay, you tap the right picture on the 3-tile-quizs until you reach the finishing line- by using mouse click, keyboard or touch (for mobile). You can also build combos, or tap on the randomly-appeared 'Solo-Tile's to get 'Turbo', 'Health' or more, in order to get higher hi-scores and ratings. 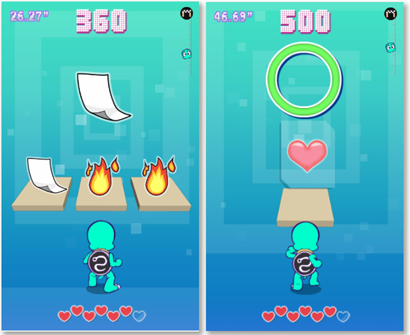 Run our turtle towards the goal through tapping the correct picture.

Also, it integrates Game API and stats on for platforms which provides API stats like Kongregate, GameJolt & Google Play Service. 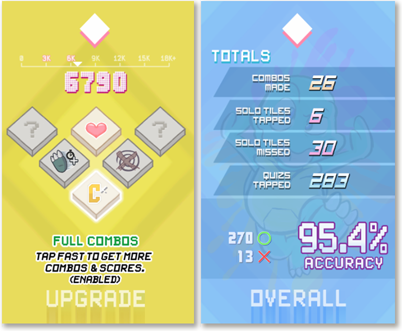 Get 'Upgrades' to increase the fun, Stats for all stats

It's for everyone who wants to try out something different, to spend minutes for casual entertainment, or just to challenge their own eye-brain-finger co-ordination.

To play the game, just check on the direct links below.

Hi, everyone! Snouty Plays is back with a new mini-game Tap 'n Dash !

To play it online right away, click this link below to the Kongregate.
Kongregate.com

Android version is to be released on late April.
Have fun!