Taichi Panda is an exciting new game that is coming out for iOS. Previously the top game in China, it is a fun and exciting dungeon crawler.
● 3 playable heroes – a martial artist panda, a rogue-like treasure hunter, or a valiant knight – each with unique abilities
● 3D graphics and environments, with a goofy, vibrant art style.
● Fast-paced action game play with exciting boss battles and challenges
● RPG-style player progression with equipment, skills, pets, etc.
● Online multiplayer, including real-time PvP and Team Dungeons.

It’s the moment we’ve all been waiting for. The stars align, the cosmic Chi is perfectly balanced, all the tables are arranged in perfect Feng shui, and Pan Da has a big heaping pile of bamboo to snack on. We’re very pleased to announce that the iOS / Android Co-launch is now officially live!

Starting at 10AM EST today, Taichi Panda is now available for devices running iOS and Android in the following regions:

With the exciting cross-platform launch, we will be opening up a fresh new server US-S4 Champions, which will be available to players from both iOS and Android.

In addition, the existing game servers, previously platform specific, will be available across platforms. Make your mark in the fresh server, or join experienced players in the veteran servers. Existing player data will not be affected by the launch, which will include exciting new content with the Teumessian Update! 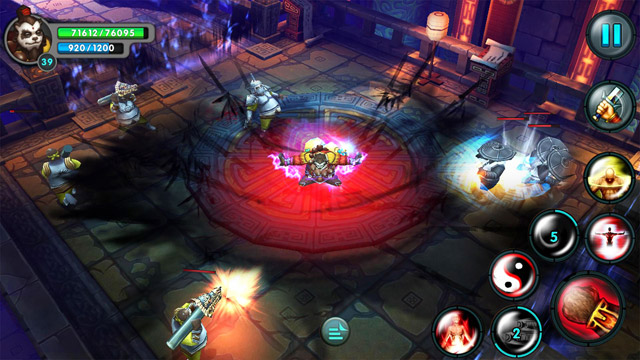 The iOS / Android Co-launch will also usher in the full release across all platforms of the first major content patch of Taichi Panda – the Teumessian Update.

In the update, players will be able to access a trove of new content, including but not limited to:

To learn more about the Teumessian update, click HERE.

Along with the announcement, we’re also proud to release this new trailer!

Players can learn all about the exciting events we have running for the iOS / Android Co-launch HERE.

Taichi Panda is a free-to-play game now available for download on the App Store and Google Play.

Taichi Panda, the action dungeon crawler from Snail Games, announced the plans for a major content update – the Teumessian Update – pegged for late...

Taichi Panda is arriving in US & UK

You’ve waited. You’ve counted the bamboo. You’ve sat staring at the painful absence of Taichi Panda on your phone. The time has finally come! Taichi...